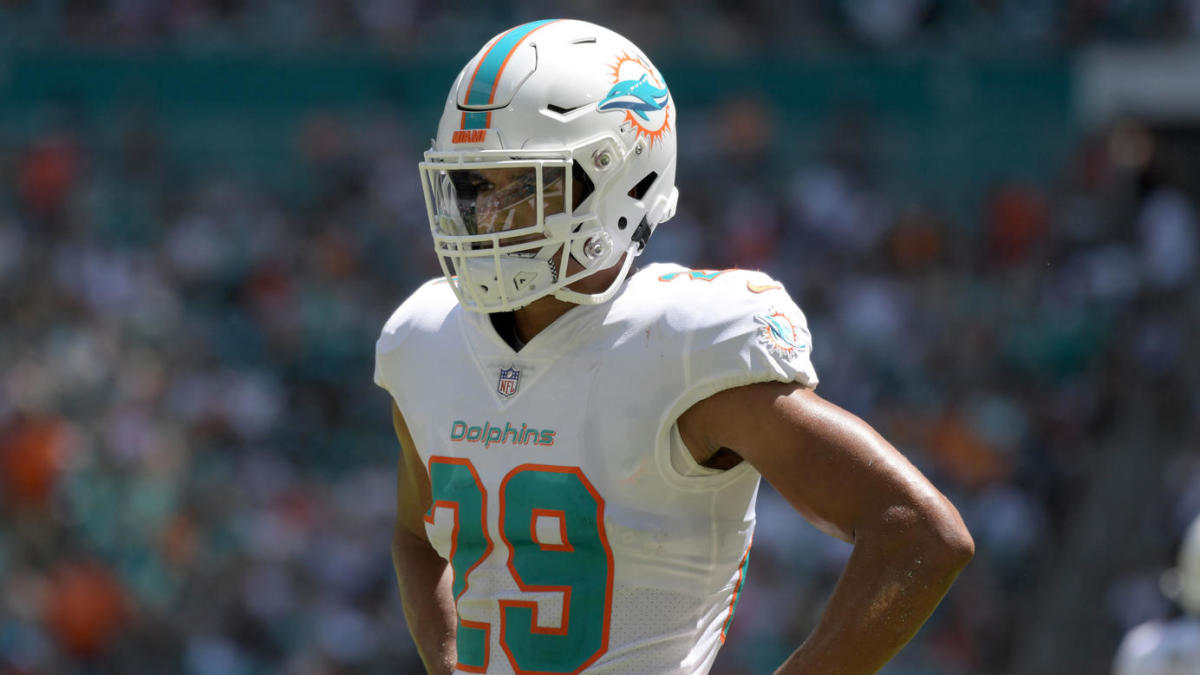 Everyone just sort of assumed thePittsburgh Steelerswere giving up on the 2019 season afterBen Roethlisbergerwas ruled out for the rest of the year with an elbow injury that will require the future Hall of Fame quarterback to undergo surgery. Not the Steelers! They just traded forMinkah Fitzpatrick, the formerDolphinsfirst-round pick who was put on the trade block last week amid concerns about the Dolphins interest in winning football games according to CBS SportsNFLInsider Jason La Canfora.

In return, the Steelers are sending the Dolphins a 2020 first-round pick, which is pretty shocking, considering many people believe the Steelers might have a decently high draft pick after starting out 0-2 and losing their starting quarterback. The teams are also swapping late round picks.

Make no mistake: this is a MAJOR risk by the Steelers. They know good and well they need to improve their secondary and they certainly did just that by landing a player in Fitzpatrick who was good enough to — cough — get drafted over Derwin James last year. Fitzpatrick clearly wasn’t a scheme or culture fit with the new regime and Brian Flores, who was not coaching the team when Fitzpatrick was taken out of Alabama.

But this is a good player we’re talking about. Unfortunately the Steelers are, again, 0-2 right now and, again, just lost Big Ben for the season. They’re rolling with Mason Rudolph for the rest of the year and while the early returns against the Seahawks were pretty promising, the Steelers will need to finish roughly around .500 for the season to justify this move.

That will require going 8-6 the rest of the way or better, despite not having played the Ravens or Browns yet. If the Steelers crater with their backup quarterback under center, this could easily be a top 10 or top 15 pick for the Dolphins. Miami now controls the first round of the draft, owning their own pick, as well as the Texans first-round pick (via the Laremy Tunsil trade) and now the Steelers first-round pick.

Houston and Pittsburgh fancy themselves playoff contenders, but if they stumble — and either one failing to make the playoffs would hardly be shocking — the Dolphins could be staring at three picks in the top 15 or 20 of the draft. That would be quite the kickstart to a rebuild that has been widely criticized by the anti-tanking crowd.

Miami is not, uh, loaded with talent now. And if you don’t believe me, just ask their star cornerback Xavien Howard.

Typically I would blast the Steelers for this. It’s not a forward-thinking move. They are in the basement of the AFC North and they’re starting their backup quarterback for the rest of the year. Some people will point to this as a possible desperation play by Mike Tomlin, and that’s fine. But I don’t think it’s his call. Kevin Colbert is the guy pulling the strings here and his job is not on the line right now. He’s continued to put together a strong roster year after year. It’s possible he just believes in Rudolph that much.

It’s also possible the Steelers had a strong evaluation on Fitzpatrick and viewed him as a top-10 pick when he came out of Alabama. If that’s the case, they are probably willing to give up a potentially high pick to secure a blue-chip defensive player.

This could absolutely backfire on the Steelers. If Fitzpatrick isn’t an impact guy (he was as a rookie, but hasn’t been this year) and Rudolph can’t lead them to something resembling .500, this team could be handing over a top 10 or top five pick. That would be a disaster. The timing is certainly odd.

But Pittsburgh’s roster has been impressively constructed over the last decade plus, so there’s no reason to completely blitz them for this. For Miami the rebuild continues. Credit them for piling up picks in a league where first-rounders are typically valued heavily. 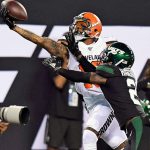