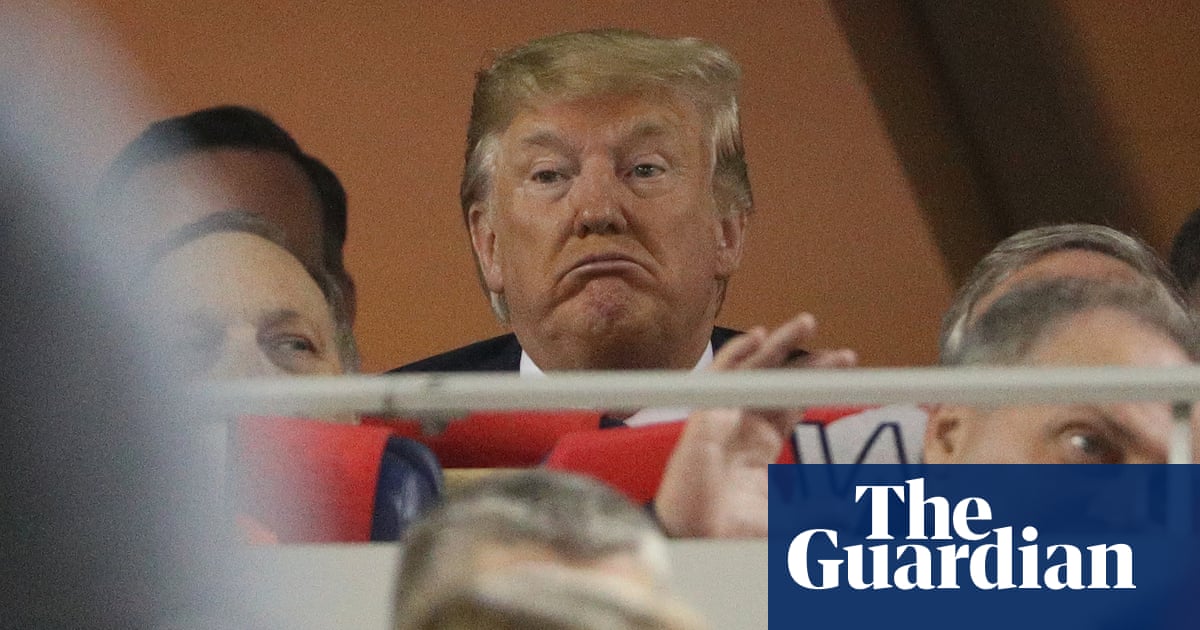 Donald Trump once claimedhe was courted by several major league baseball clubs in his youth but turned them down because they couldn’t offer him enough money. On Sunday, baseball got its revenge.

The President attendedGame 5 of the World Series between the Washington Nationals and Houston Astrosat Nationals Park, a short journey from the White House. When Trump was shown on the video screens in the stadium he was loudly booed by fans. That, perhaps, was predictable: Jimmy Carter, Ronald Reagan, Richard Nixon and both Bushes were all booed while attending baseball games as President. What came shortly afterwards was a little more personal in a city that is heavily Democratic as cries of “Lock him up!” Rang out, a reference to the chants about Hillary Clinton used at Trump’s rallies in the run-up to the 2016 presidential elections.

Footage of the incident swept through Twitter, showing the moment that fans inside the stadium changed from cheering to booing.

Trump left the game with one inning to go, although it was unclear whether he was unhappy with the reaction of the crowd, the fact that the Nationals were losing or just wanted to beat the traffic.

Every US president since 1910 has thrown out a ceremonial first-pitch at a baseball game during their time in office, but Trump is the first to break with that tradition. Major League Baseball’s commissioner, Rob Manfred, said the President had told him he did not want to participate in the ceremony at this year (World Series) “In order to make the fan experience as positive as possible”.

On Friday, Trump had joked his bullet-proof vest would make it hard to throw out the first pitch. “I don’t know. They gotta dress me up in a lot of heavy armor. I’ll look too heavy. I don’t like that, ”he said.

Trump attended the game with his wife, Melania, and several Republican politicians including Lindsey Graham, Matt Gaetz and David Perdue.

Trump, a first baseman, was a good baseball player in high school. In (a) interviewat the Economic Club of Washington DC, he claimed: “You know I was recruited , and they all wanted me to go in Major League. ”

Sunday’s game ended with a 7-1 victory for the Astros, and they now lead the best-of-seven series 3-2. Game 6 of the series is on Tuesday night in Houston. 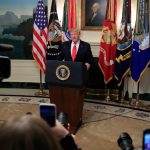