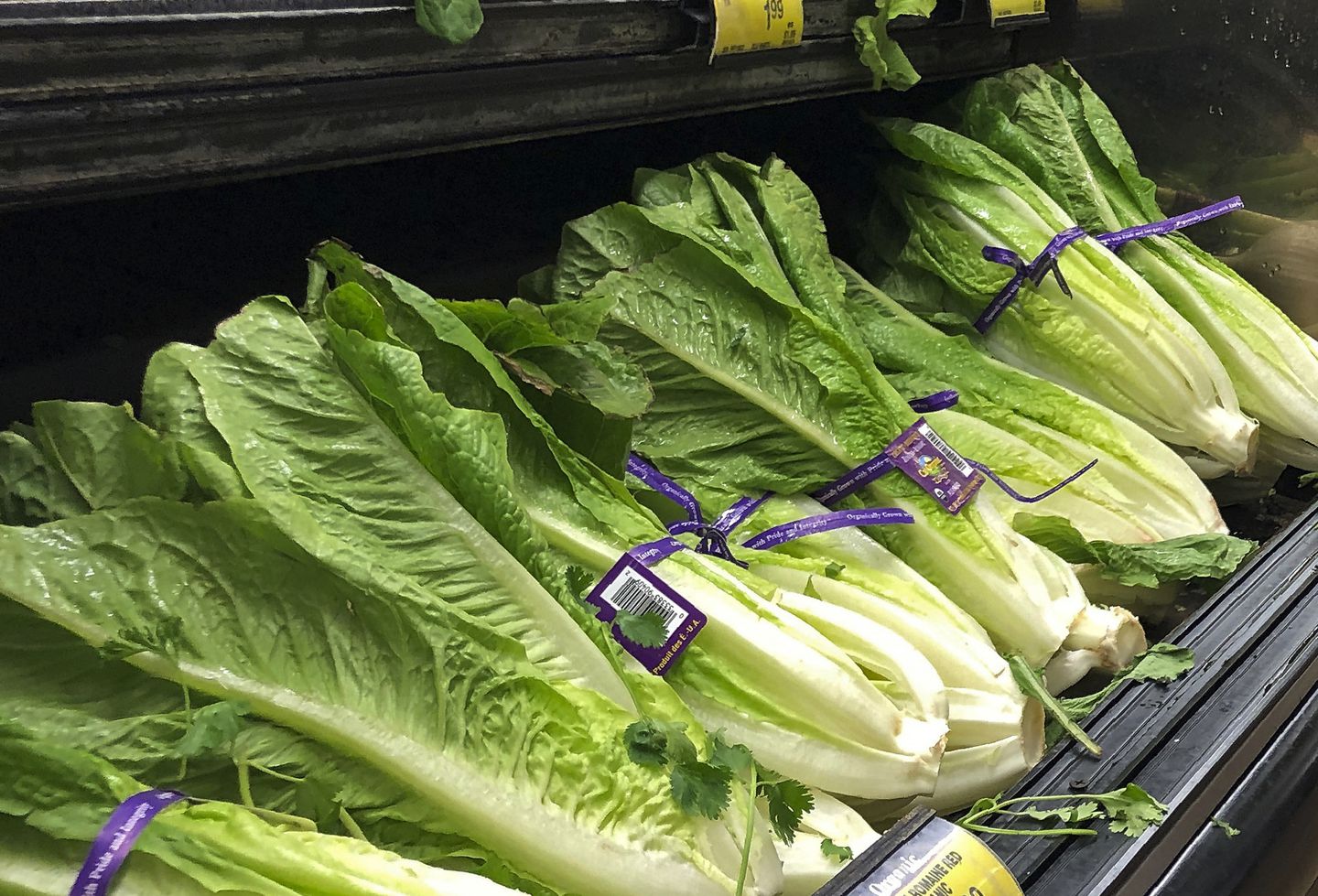 Federal health and regulatory officials warned consumers Fridaynot to eatromaine lettuce of any kind harvested from the Salinas Valley, one of California’s major agricultural regions, because it may be contaminated with a particularly dangerous type of E. coli bacteria that has sickened 40 people in 16 states.

The Centers for Disease Control and Prevention and the Food and Drug Administration told consumers to throw away any romaine lettuce they may already have purchased. Restaurants should not serve it, stores should not sell it, and people should not buy it, if it was harvested from Salinas, a growing area in Northern California. It doesn’t matter if it is chopped, whole head, precut or part of a mix.

Most romaine lettuce products are now labeled with a harvest location showing where they were grown. Officials said to throw out lettuce if it doesn’t have a label specifying where it’s from.

“We are concerned about the potential for contaminated lettuce on store shelves and in people’s refrigerators, ”Said Robert Tauxe, director of CDC’s Division of Foodborne, Waterborne, and Environmental Diseases. “Heading into the Thanksgiving holiday, it is critically important to avoid buying or eating romaine lettuce from the Salinas growing area so you can protect yourself and your family.”

No deaths have been reported in this E. coli outbreak, but the strain is the same one that causedoutbreakslinked to leafy greens and romaine lettuce in the last two years. Just two days before Thanksgiving last year,CDC issued an unusually broad alert,warning consumers to avoid eating romaine lettuce of any kind in response to an outbreak.

Of those who have been sickened in this outbreak by E. coli O 157: H7, 28 people have been hospitalized, including five who have developed a type of kidney failure. This E. coli strain produces a Shiga toxin that can enter a person’s bloodstream andwreak havoc on kidney function. Symptoms of infection include vomiting, painful cramps and diarrhea that is often bloody.

The largest number of cases reported so far has been in Wisconsin, with 10 cases. Other cases have been reported in Arizona, California, Colorado, Idaho, Illinois, Maryland, Michigan, Minnesota, Montana, New Jersey, New Mexico, Ohio, Pennsylvania, Virginia, and Washington.

FDA and states are tracing the source of the romaine lettuce eaten by the ill consumers. No common grower, supplier, distributor, or brand of romaine lettuce has been identified.

Laboratory evidence and interviews with the sickened consumers indicate that romaine lettuce from the Salinas region may be contaminated with this strain. Whole genome sequencing shows the strain in romaine lettuce tested by the Maryland Health Department is closely related genetically to the E. coli found in sick people. That lettuce was harvested from the Salinas growing region.

The U.S. Department of Agriculture has a list of35 recalled products. They were sold under different brand names and “use by” dates from Oct. 29, 2019 to Nov. 1, 2019. Brands include Bonduelle Chef Salad, Marketside Bistro, Signature Cafe and Signature Farms. On Thursday, Missa Bay LLC recalled salad products due to possible E. coli contamination.

At this time, there is no recommendation for consumers or retailers to avoid using or selling romaine harvested from places other than Salinas, or labeled as indoor, or hydroponically- or greenhouse-grown, FDA officials said.

Convenience salads, from tubs of prewashed baby spinach to bags of chopped romaine, are regularly implicated in foodborne illness outbreaks. Last year, an outbreak that began in March from chopped, bagged, as well as whole heads of romaine was thelargest E. coli outbreakin more than a decade, killing five people and sickening more than 200 others in *** dozen states.

Food safety experts have said those convenience greens carry anextra riskbecause they come in contact with more people and machinery before they arrive on your plate. Contamination can occur on the farm from birds flying overhead or when low-lying fields flood with contaminated water. E. coli can also be spread by farmworkers who don’t wash their hands or via farm equipment that has manure on it.

Once the greens are picked, they move to a packaging plant, where they’re exposed to more workers and more equipment. Products from multiple farms is often bagged in the same facility, which further increases the odds of cross-contamination.