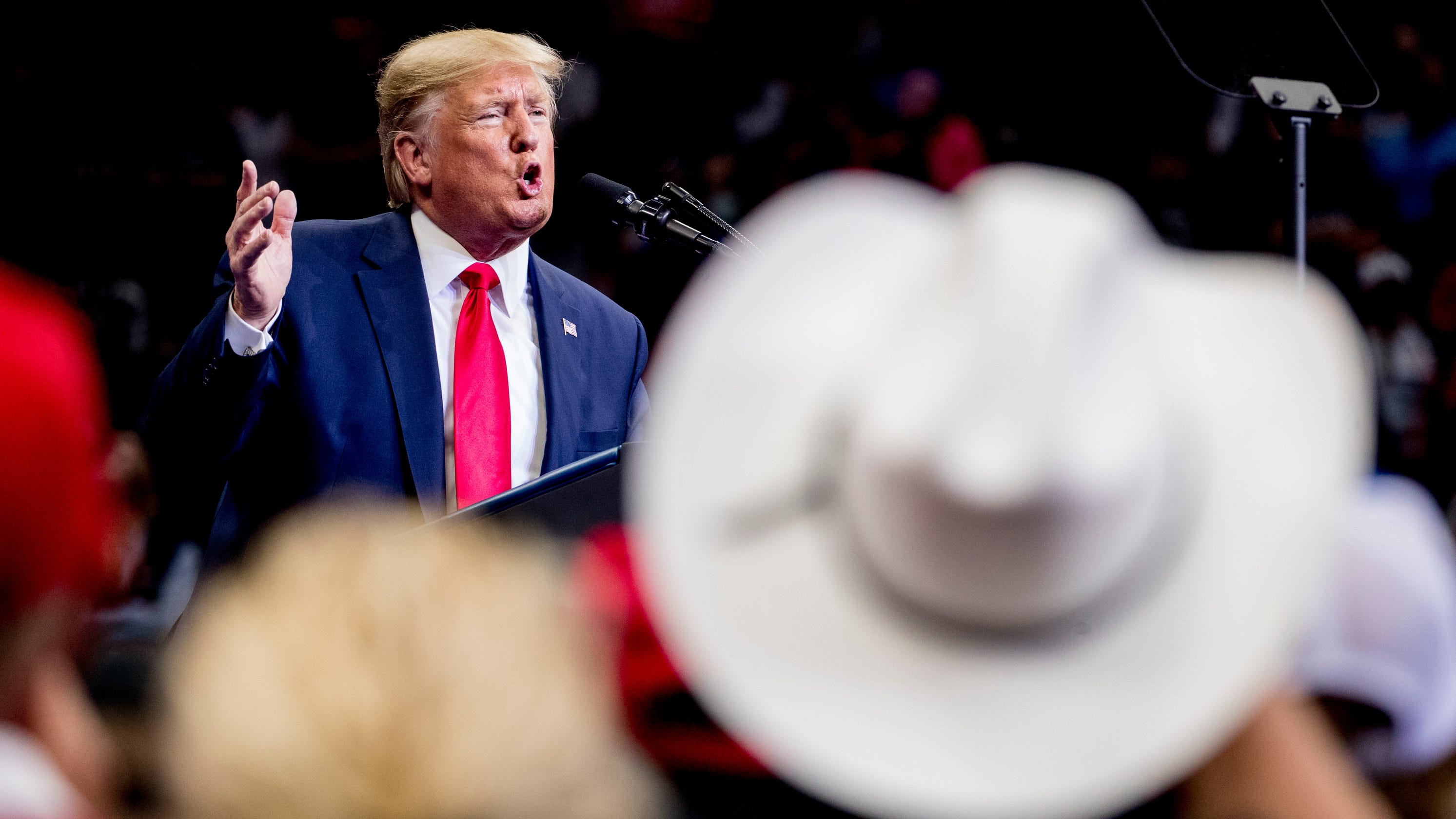 President Donald Trump is crediting his threat of sanctions on Turkey as “tough love” that led the country to agree to a five-day cease-fire with Kurds in northern Syria. Touting the agreement, Trump said it’s “a great day for civilization.” (Oct. 17)     AP, AP

“Don’t kid yourself,” Trump said during a rowdy rally while attacking his Democratic opponents. “They are destroying this country, but we will never let it happen.”

Democrats say Trump risked impeachment by abusing the power of his office and asking Ukraine to investigate a US election opponent, former Vice President Joe Biden. As at other recent political rallies, Trump responded by questioning his opponents’ patriotism in front ofadoring supporters in a Republican-friendly state.

The president peppered his speech with bracing claims that Democrats – “leftists, socialists, and globalists” – are trying to “overthrow the results” of the 2016 election. He called them “crazy” and “sick” and said he doesn’t believe they love their country.

“The fact that he feels the need to do a rally in Texas suggests to me that he knows that he is going to be impeached in the House, “said Democratic strategist Jim Manley. “And so he has to throw all this red hot rhetoric to his base to help build up a firewall in the Senate.”

The pro sports arena in Dallas where Trump rallied was nearly full, but not totally. Trump delayed his speech by some 40 minutes as fans filled in what had been empty upper decks behind the stage. “Will be out shortly as we wait for more of you to get in!” he tweeted about 20 minutes after his remarks were supposed to have started.

Earlier in the afternoon, Trump hosted fundraisers in Fort Worth and attended the ribbon-cutting of a new Louis Vuitton factory before arriving at the American Airlines Center in downtown Dallas.

As Trump traipsed through Texas,acting White House Chief of Staff Mick Mulvaneyheld a rare news briefing at the White House and said Trump held up financial aid to Ukraine – a central point in the impeachment investigation – because of concern about corruption in Kyiv. Mulvaney later rowed back on an assertion that Trump had wanted Ukraine officials to look into the 2016 election before freeing the money.

Mulvaney also announced thatTrump would host next year G-7 economic summitat his golf club in Miami. Critics called it another example of Trump using his position to enrich himself.

Vice President Mike Pence, meanwhile, was in Turkey negotiating a ceasefire in the Turkish invasion of Syria. Turkey agreed to halt its military assault in Syria for five days.

Also during the Texas trip, Trump announced that Energy Secretary Rick Perry – who is involved in the Ukraine investigation – would be leaving the Cabinet by the end of the year.

Trump praised Perry during the rally in Dallas, and touted the ceasefire as a way to withdraw US Troops from northern Syria.

“It was unconventional what I did,” Trump said. “Sometimes you have to let them fight a little while; then people find out how tough the fighting is … It’s like two kids … you gotta let them fight and then you pull them apart.”

While attacking the impeachment inquiry, Trump defended his July phone call with the president of Ukraine by saying he only wanted to see an investigation of corruption. He accused Biden and his son Hunter Biden over the latter’s business interests in Ukraine and China, though there is no evidence of wrongdoing.

The Texas fans were in as aggressive a mood as Trump, cheering as Trump assailed “Crazy Nancy” Pelosi, the House Speaker who authorized the impeachment inquiry; Hillary Clinton, whom he defeated in the 2016 election; the Bidens; the “fake news” media;

“These crazy Democrats,” he said at one point.

Outside, as people lined up for the rally throughout the day, vendors hawked T-shirts that included one with an image of Trump urinating on a CNN logo. Another said, “roses are red / violets are blue / you’re a LIBERAL / this for you” next to an image of Trump giving the finger.

One seller used a bullhorn to advertise that “I’ve got the ‘Impeach Nancy Pelosi’ hat!”

Inside the arena, as Trump prepared the speech, one supporter kept yelling “fake news!” at the denizens of the press pen.

Trump has been notably more aggressive on the campaign trail since Democrats launched their impeachment inquiry, throwing around words like “crazy” and “hateful” to describe his opponents.

is also aggressively defending his decision to withdraw US troops from northern Syria, effectively allowing an invasion by Turkey that has caused much bloodshed. Even normally supportive Republicans like Sen. Lindsey Graham, RS.C., criticized Trump’s sudden decision, and both houses of Congress are poised to pass bipartisan resolutions condemning the move.

While Trump is a strong favorite to carry Texas again in 2020, Democrats are makinga big push in the Lone Star Stateby appealing to growing Hispanic and urban populations.

About 15 miles away in Grand Prairie, Democratic presidential Beto O’Rourke, who narrowly lost a Senate race in Texas just last year, held a rally of his own to denounced Trump.

One prominent local Democrat, Dallas County Judge Clay Jenkins, said Trump wouldn’t be holding a big rally in such a supposedly Republican state “if he was not scared” of losing it in 2020.

Citing issues like immigration and heath care, Jenkins said that “Trump has failed this state time and time again,” and Texas Democrats are poised to take advantage in 2020.

“Trump is terrified of losing this election,” Jenkins said.

Trump and his allies scoffed at the thought.

The idea that “Texas is in play “is” a hoax, “Trump said.

Aides said Trump visits Texas and other large Republican states because he has so many supporters – and donors – in those places.

“You have to go campaign and show love to the people who got you here,” said campaign spokesman Tim Murtaugh. “Did people think he was never going to campaign in Texas?” 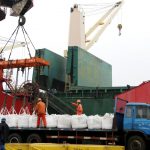