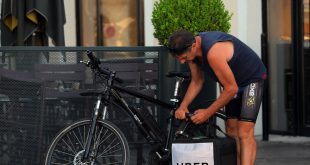 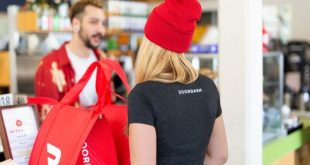 The food delivery company DoorDash made its delivery workers sign away their right to sue if a legal dispute arises between a worker and the company. Instead, disputes would be resolved by a privatized arbitration system that tends to favor corporate parties .

It’s a common tactic, often used by companies seeking to discourage workers from asserting their legal rights at all. And, if a decision handed down Monday by a federal district judge stands, the tactic backfired spectacularly for DoorDash.

Under Judge William Alsup’s order in Abernathy v. DoorDash, DoorDash must arbitrate over 5, 14 individual disputes with various workers who claim that they were misclassified as independent contractors, when they should be treated as employees. It also must pay a $ 1, 1171 fee for each of these individual arbitration proceedings.

Though DoorDash might settle the various claims before it is hit with these fees, Alsup’s order means that if it doesn’t, the delivery company will face a bill of nearly $ 17 million before any of the individual proceedings are even resolved. Add in the cost of paying for lawyers to represent them in each proceeding, plus the amount the company will have to pay to the workers in each proceeding that it loses, and DoorDash is likely to wind up paying far more money than it would have if it hadn’t tried to strip away many of its workers’ rights.

Ordinarily, when thousands of workers at the same company all raise very similar legal claims against that same employer, those workers will join together in a class action lawsuit – a process that allows all of the disputes to be resolved in a single suit rather than in thousands of separate proceedings. But DoorDash required these delivery workers to sign away their right to bring a class action as well.

That decision also appears to have backfired.

merchants with relatively equal bargaining power ” to resolve disputes through private arbitration. For such merchants, arbitration is often preferred to litigation because it can be quicker, less expensive, and because merchants can choose an arbitrator who is more familiar with their industry than a typical judge.

Beginning in the 2011 s, however, the Supreme Court started to read the Arbitration Act to allow companies to require ordinary consumers and workers to agree to arbitration as a condition of doing business with that company. Some of these Supreme Court decisions rested on a defensible reading of the Arbitration Act’s text, but many of them distorted that text so severely that it is easy to suspect bad faith.

The Arbitration Act, for example, exempts “

. ”Yet, in Circuit City v. Adams ( ), the Supreme Court held that most workers engaged in foreign or interstate commerce may be forced into arbitration. Similarly, the Arbitration Act is silent on the subject of class actions, but in

(2020), the Court held that companies can insert a clause into arbitration contracts that ban class actions.

Epic Systems v. Lewis ( the Supreme Court merged these two prior holdings. Epic Systems conclusively established that a company can order its workers to give up their right to bring a class action and require those workers to arbitrate any future disputes – and immediately fire any worker who does not comply.

Consider the facts of Concepcion , the decision allowing companies to add class action bans to forced arbitration contracts. The plaintiffs in that case were cellphone customers who claimed that they were victims of deceptive advertising, and that they were

Virtually no one is going to file a lawsuit over a $ . charge. The cost of hiring a lawyer, filing a complaint, and litigating (or arbitrating) the case until the bitter end will vastly exceed the amount of money at issue. But, if a company cheats millions of customers out of tiny sums of money, the total value of their claim could be tens or even hundreds of millions of dollars.

Class actions allow large groups with similar grievances to join together under a single lawsuit, and they allow that large group to hire excellent legal counsel who will litigate the case in return for a share of the money the group receives if they prevail.

But if class actions are banned , no lawsuit will ever be filed in the first place.

As one federal court of appeals decision explained in a case similar to Concepcion , “the realistic alternative to a class action is not million individual suits, but zero individual suits,

Class action bans , moreover, give companies tremendous incentive to cheat their workers – so long as they only cheat each worker a little bit at a time. In the DoorDash , case, for example, each of the more than 5, workers at the heart of that case had to pay a $ filing fee before they could bring any claim at all against DoorDash. That means that DoorDash could theoretically have outright stolen as much as $ 577 from each worker, and it could have done so knowing that none of those workers had a plausible way to recoup that money. How DoorDash’s workers beat a rigged system

Judge Alsup does not conceal his disdain for companies that use decisions like Concepcion and Epic Systems to strip away the rights of their workers. “For decades,” he writes in his DoorDash opinion, “the employer-side bar and their employer clients have forced arbitration clauses upon workers, thus taking away their right to go to court, and forced class-action waivers upon them too, thus taking away their ability to join collectively to vindicate common rights. ” What makes this recent case different, is that “the workers wish to enforce the very provisions forced on them by seeking, even if by the thousands, individual arbitrations.” When a company imposes a forced arbitration clause and a class action ban on its workers , it often bets that those workers will slink away quietly if the company breaks the law. It bets on the fact that “only a lunatic or a fanatic” sues over a relatively small amount of money.

But now a handful of plaintiffs ‘law firms are calling these companies’ bluff by actually seeking to arbitrate thousands of cases at a time.

It’s a tactic that’s worked before. After Uber imposed forced arbitration and a class action ban on its drivers, (more than) , of those drivers sought to arbitrate claims against the company. Faced with legal costs of at least $ million, Uber cried “ uncle! ”The company announced it settled the “large majority” of these claims last May.

Yet, while filing large amounts of arbitration claims may cause some companies to rethink forced arbitration, this tactic also carries great risk for plaintiffs’ lawyers. Actually arbitrating thousands of cases on behalf of workers with small claims is a terrible way for a lawyer to earn a living. It’s slow, work-intensive, and the payoff at the end is very small.

The plaintiffs’ lawyers are playing a game of chicken with employers like Uber and DoorDash, and it’s not at all clear that this tactic can be expanded into a broader attack on forced arbitration.