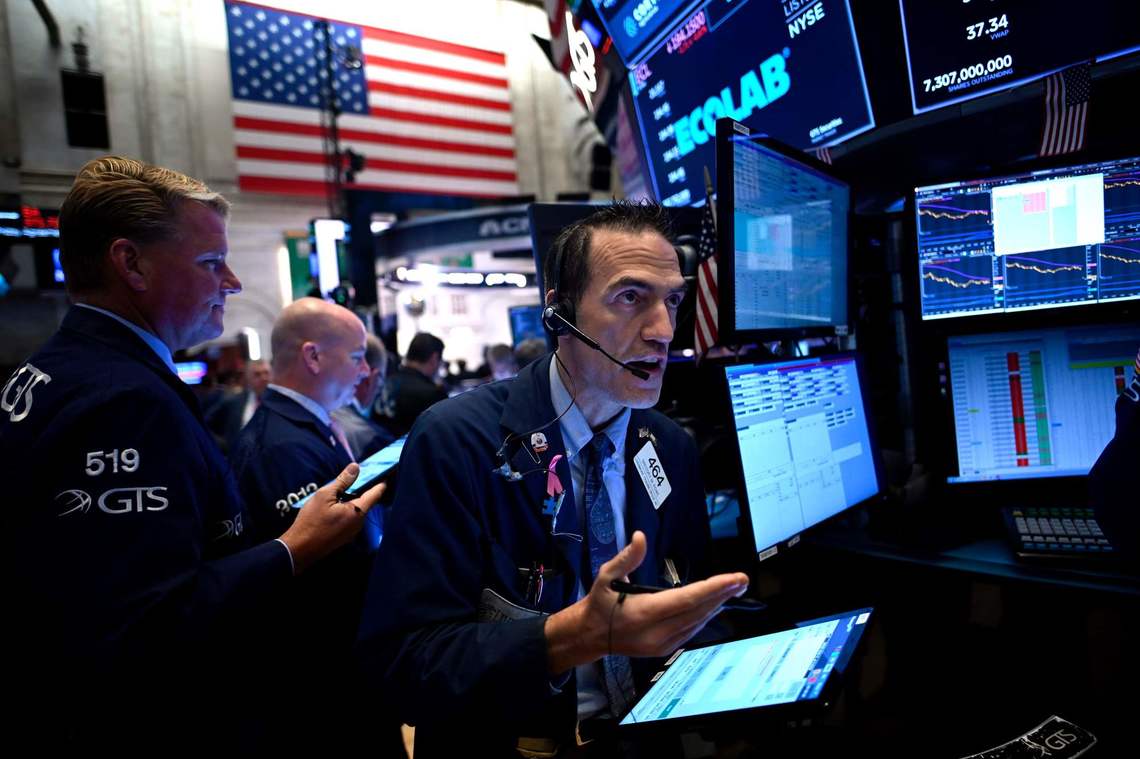 The Dow Jones stagnated on Wednesday as evidence continued to mount that the US economy is slowing.Weak retail sales datadidn’t have much of a direct impact on the Dow, but it reinforced the view that the Fed will have to increase stimulus in the economy.

Adding to stock market concerns, Trump’s comments at a meeting with the Italian prime minister prompted fresh concerns about a US-EU trade war.

Commodity prices were generally higher as both oil and gold pricesralliedamid a weaker US dollar, which was punished by therising probability of additional Fed easing. Adding to the USD’s struggles,hopes of a Brexit deal between the UK and European Unionsent the euro and British pound higher.

It is impossible to ignore the fact thatdomestic data in the US continues to trend in a negative direction. While the Dow Jones has so far proven remarkably resilient to this trend, analysts continue to be increasingly concerned about problems for the most critical pillar of the economy, the US consumer. The Fed’sBeige Book did not affect the Dow, although it showed businesses slightly lowering their growth outlooks.

Chief International Economist James Knightley at ING had the following to say about thebearish direction of consumer trends:

“The disappointing run of US data has continued with today’s retail sales numbers for September, which posted the first decline for seven months. Rather than rise 0.3% month-on-month as expected, they actually contracted 0.3% with the report showing broad-based weakness. ”

It is when you cross over employment with wage growth that the weakness looks increasingly concerning. Knightley goes on to note his concern that retail spending is cracking under the pressure of keeping the economy afloat.

“With the rate of employment growth clearly slowing and the latest wage growth coming in much softer than expected, there are have been valid questions regarding how long consumer spending can continue to prop up the economy. Today’s report is not encouraging. ”

One of themain fundamentals driving the recent rally in the Dowhas been an apparent detente between the US and China in their trade war.

Trump announced a “phase one” deal, but so far, China has appeared to be reluctant to commit. Any progress that has been made is now even more at risk as the Hong Kong crisis threatens to envelop trade talks. Dow Jones bulls will be hoping that Trump succeeds in forcing through a meaningful trade deal before he has to confront China directly on this issue.

On another trade front,comments made by Trump reiterating his concerns about “unfair” EU trade practiceshave the stock market on edge about further tariffs being imposed on Europe.

The prospect of the three largest economic areas in the world engaged in a multi-pronged trade war might make even theIMF’s miserable global growth outlook look unreasonably optimistic.

It was agenerally weak day for the Dow 30, save for some strong individual performances from core stocks.

Boeing was 0. 11% higher for no clear reason after the United Airlines chief stated that he hadno idea when the 737 Max might be making its return. Perhaps it was the talk of a“revolutionary” new enginethat had bulls ready to speculate again.

Disney was outperforming with a 0. 76% rally asbuzz continues around its new streaming service.

UnitedHealth Group dropped 0. (% after its) massive rallyon earnings yesterday, while Johnson & Johnson continued to press higher, leading the DJIA with a 1. 67% advance.