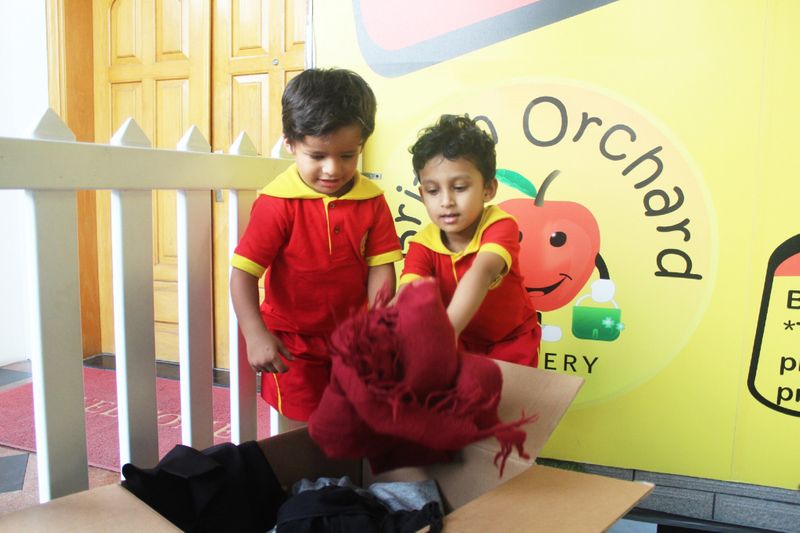 Dubai: British Orchard Nursery in Dubai have shipped around 50-kg of clothes to evacuees in the Philippines following the recent Taal Volcano eruption there.

The eruptions in Taal Volcano began on January 12. At the peak of the effort to clear the danger zone around the volcano, more than 400,000 people were sent to evacuation centres.

The children and staff at British Orchard Nursery brought and packed the clothes that were shipped to evacuation centres in Philippines
Image Credit: Supplied

The nursery’s children, parents and staff were involved in the initiative. The clothes were gifted and packed by the children across the nursery chain.

The nursery said its gesture was appreciated by the growing Filipino community, both as students and staff, across its various branches.

Dr Vandana Gandhi, CEO and Founder, British Orchard Nursery, said: “In this rapidly shrinking world, it’s important that children learn about the trials that people across the globe are suffering; this will help them to grow into more sensitive and empathetic human beings.”

She added: “Instead of just lip-service, we at British Orchard Nursery believe in practical steps, and by shipping clothes donated by children, parents and staff, we wanted to instil and highlight the values of generosity, kindness and sympathy for the less privileged. The tragedy of Taal Volcano was closer to home, given the large Filipino community that UAE hosts, and we want to stand by them in this troubled time.”