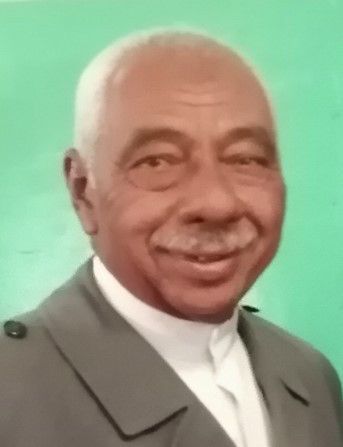 Dubai: Abdul Salam Sanousi, a nominee for Arab Hope Makers 2020, has helped combat unemployment in his low-income village in Egypt by urging residents to donate only five qirshes each.

The Arab Hope Makers is an annual award ceremony, launched in 2017 by His Highness Shaikh Mohammad Bin Rashid Al Maktoum, Vice President and Prime Minister of the UAE and Ruler of Dubai, to honour people who start humanitarian projects that improve their communities. In the previous round, over 87,000 entries were recorded; five finalists took home Dh1 million in each round to support their humanitarian projects.

Thanks to Sanousi, the small amounts of money coming in sparked the construction of Community Development Authority (CDA) of Al Bashandi village in the New Valley Governate, located in southwest Egypt. The association today provides job opportunities for villagers in more than 17 projects, helping overcome poverty and developing the quality of life.

When a resident passed away in 1979, villagers could not obtain enough money to buy a coffin to bury him. Heartbroken over the incident, Sanousi, 71, urged each of them to donate five qirshes to help bury the deceased and build an association that enhances life in the village.

“Poverty forces you to try the impossible to get out of it,” said Sanousi. Five qirshes monthly piled up to 120 Egyptian pounds – an amount sufficient enough at the time to build the association over two acres of land in 1983.

Sanousi noted that the association started with one room, set up in a centre that provides sewing training for women. It later expanded to two training centres, slowly evolving to launch 17 projects in embroidery, crochet sewing, carpet-making to rice milling, tree plantations and farming.

The association’s current capital stands at 5 million pounds (Dh1.2 million), besides support it receives from different authorities, including the Canadian and Japanese embassies and the Egyptian Swiss Development Fund (ESDF).

Sanousi said: “The main goal of the association is to serve residents and help combat poverty. We distribute profits among patients and low-income families.”

He added, “The association is like a family home for any widow or divorcee. It shelters and provides a job for more than 200 young men and women, which gradually helped to combat unemployment in the village.”

Al Bashandi village is now popular for carpet-making across other parts of Egypt. Sanousi said the finished carpets are sold in markets inside and outside of Egypt, directly competing with Iranian carpets. “We receive orders from different parts of the region,” he said, adding that carpet manufacturing has helped attract tourists to the village over the years.

The association has also helped provide high-quality sewage systems for village residents. It created farms that raise over 1,000 livestock and provide further jobs for youth.

Sanousi said the association is currently working to organize exhibitions to display handicraft and environmental designs to receive tourists, while providing further job opportunities for youth and recent graduates.

He noted that the social cohesion among residents has served as the main catalyst of the association. “Residents insisted on starting the new sewage system project and donated largely to make it work,” said Sanousi. The ESDF matched donations with 4 million Egyptian pounds (Dh900,000) to help the project continue for the past 15 years.

Sanousi hopes the association will continue growing with villagers who have been its main source of support, setting an example in independent and sustainable developmental work. “The CDA is built on the contributions, efforts and energies of the village residents, and as long as we have the great cohesion and collaboration in our village, it will continue benefitting generations to come.”

What is new this year?

2,000 people are expected to attend the award ceremony

Proceeds will be going towards supporting the construction of the new Magdi Yacoub Global Aswan Heart Centre in Egypt. 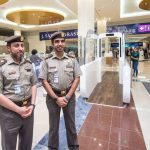