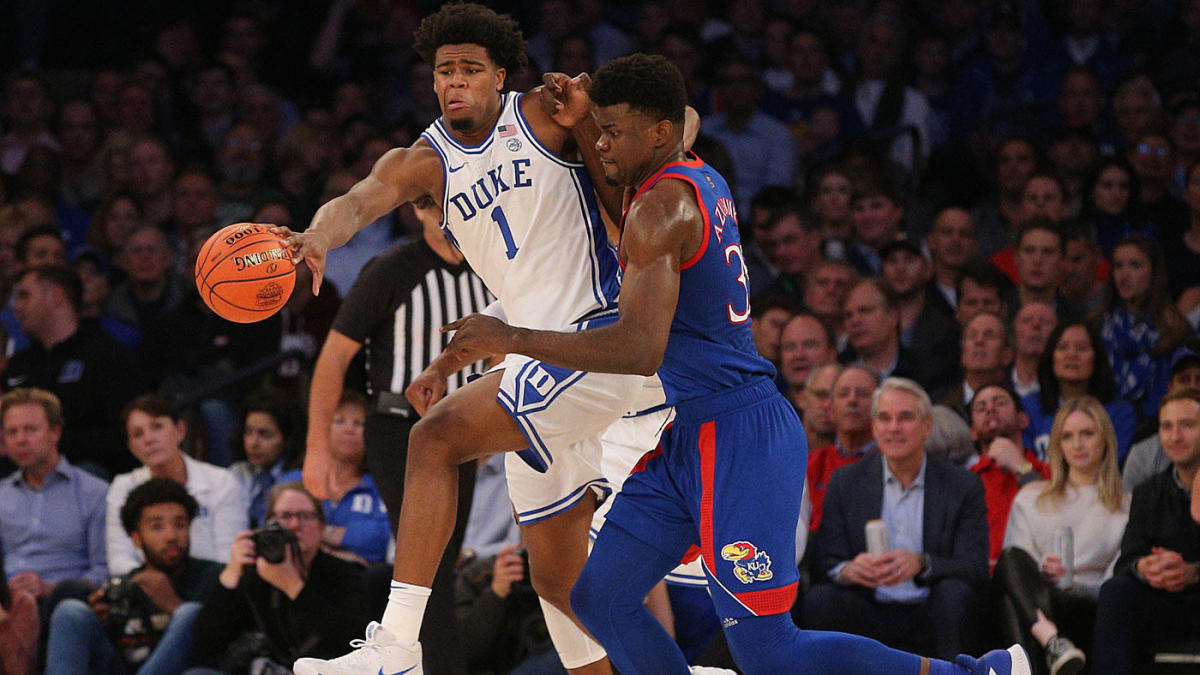 On a night in which all No. 3 Kansas could seemingly do well was turn the ball over at a rapid rate, it was fitting that the Jayhawks – down three points to No. 4 Duke with under 10 seconds to play in the second half – missed two point-blank shots at the rim, missing a chance to chip in to Duke’s lead before falling 68 – 66.

Kansas turned the ball over (times, which is modest considering it committed) turnovers… in the first half. It was lucky to be down three at half. After committing that many turnovers, it was lucky to have only lost by two, a number inflated ever so slightly by a last-second 3-point make from Devon Dotson. It was ugly. Kansas coach Bill Self said as much at halftime in an interview with ESPN, comments that will ring true even after the game.

“We were awful,” he said. “We had poor guard play, poor big play. We weren’t very good.”

KU’s scoring was paced by its own sophomore point guard, Devon Dotson, who finished with 17 points, three steals and one assist. He led the team with five turnovers, with KU’s starting lineup committing a combined 20 Turnovers.

1. Those Kansas turnovers were killer: Stating the obvious here, but turns out, turning it over 27 times significantly decreases your chances to win a college basketball game. It was as ugly in practice as it is on paper. But thing is, I doubt it’s repeatable. Kansas may go the rest of the season without committing that many turnovers in a game. That’s a credit to Duke’s relentless defensive pressure, and a knock on Kansas, simply just not playing well. No wonder Bill Self and his staff were not happy as the Jayhawks struggled on a massive stage against a huge rival.

2. Duke doesn’t have Zion-level stars, and that’s OK: Last season Duke was fortunate to have RJ Barrett and Zion Williamson – two of the best freshmen to ever play college basketball – pacing the team to 32 wins. The Blue Devils don’t have that luxury this season, and you know what? That’s OK. Duke did it by committee vs. the Jayhawks, with four players scoring in double figures and all four scoring between 11 and 15 points. That’s sustainable, and it may actually benefit Duke in the longview to be less relient on one or two players’ success.

Eventually, one or two of those double digit scorers will step up into starring roles, I expect. Sophomore guard Tre Jones looks like he’ll have the opportunities to take one of those spots. Freshman forward Matthew Hurt, too. As the season progresses, it may be Cassius Stanley who emerges, too. After a two-point first-half outing, he scored 11 points in the second half and, instead of wilting in crunch time, grew as the consequence of the game mounted.

3. KU will look different with Isaiah Moss in the fold: Iowa transfer Isaiah Moss is going to make a big impact for Kansas eventually. Just not yet. A nagging hamstring injury kept him out most of the preseason, and in KU’s opener he was absent. When healthy, Moss, a career 39. 1% 3-point shooter, will give KU a much-needed outside scoring threat. With Dotson darting into the lane and Udoka Azubuike drawing defenders in the post, he’ll give KU a different dimension that Tuesday the Jayhawks simply lacked.

Cassius Stanley with a big-time drive and finish. He’s up to 13 points on the night – a team high.

Ochai Agbaji has really struggled this game with Duke’s length, but credit to him. Still playing really hard and going right at Duke’s defense. 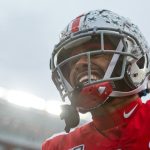