The three antennas on the Dutch-Chinese radio telescope, which is currently located behind the moon, have been unfolded. This was officially announced today by the Dutch team. The Netherlands-China Low Frequency Explorer (NCLE) hung in space waiting for over a year. This was longer than initially planned, as the accompanying communications satellite had to assist a Chinese lunar lander for a longer time.

The Chinese satellite was previously mainly seen as a communications satellite. However, the Chinese moon mission has by now achieved its primary goals. Consequently, the Chinese have redefined the satellite to be a radio observatory. As such, the Netherlands-China Low Frequency Explorer is the first Dutch-Chinese space observatory for radio astronomy.

Marc Klein Wolt, Managing Director of theRadboud Radio Laband leader of the Dutch team, is happy: “Our contribution to the Chinese Chang’e 4 mission has now increased tremendously. We have the opportunity to perform our observations during the fourteen-day-long night behind the moon, which is much longer than was originally the idea. The moon night is ours, now. ”

The unfolding of one of the three antennas. This series of three photographs was taken during the unfolding of an antenna on the QueQiao satellite, which is located behind the moon at around 450 thousand kilometers from Earth. The antenna is the black-and-white rod pointed away from the camera. The gilded cube is the casing in which the antenna has waited to be unfolded for 18 months. © Marc Klein Wolt / Radboud University

Last week, Klein Wolt went to China with engineer Eric Bertels from the antenna manufacturer ISISpace to prepare the unfolding of the antennas. Bertels: “The launch eighteen months agowas already extremely thrilling, of course, but we had no hand in it. Now that our own instrument was concerned, things were rather different. ”

Albert-Jan Boonstra of ASTRON is pleased to see that the antennas have been unfolded after three years of hard work: “This is a unique demonstration of technology that paves the way for future radio instruments in space.”

Heino Falckeof Radboud University and scientific leader of the Dutch-Chinese radio telescope can barely wait to get his hands on the first measurements. “We are finally in business and have a radio-astronomy instrument of Dutch origin in space. The team has worked incredibly hard, and the first data will reveal how well the instrument truly performs. ”

The longer stay behind the moon most probably did have an effect on the antennas. At first, the antennas unfolded smoothly, but as the process progressed, it became increasingly difficult. The team therefore decided to collect data first and perhaps unfold the antennas further at a later point in time. With these shorter antennas, the instrument is sensitive to signals from around 800 million years after the Big Bang. Once unfolded to their full length, they will be able to capture signals from just after the Big Bang.

TheNetherlands-China Low Frequency Explorer(NCLE) is a prototype radio telescope built to record weak radio signals from a period just following the Big Bang, called the Dark Ages. These signals are blocked by the Earth’s atmosphere, which is why the telescope was placed on a satellite and brought to a location behind the moon. With this satellite, called QueQiao, the China National Space Administration (CNSA) has been navigating a lunar lander that has been driving around the back of the moon since early 2019. The Netherlands-China Low Frequency Explorer was developed in the Netherlands by Radboud University (Nijmegen), ASTRON (Dwingeloo) and the ISISpace company (Delft), with support from the Netherlands Space Office. 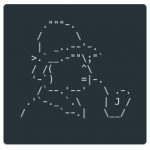