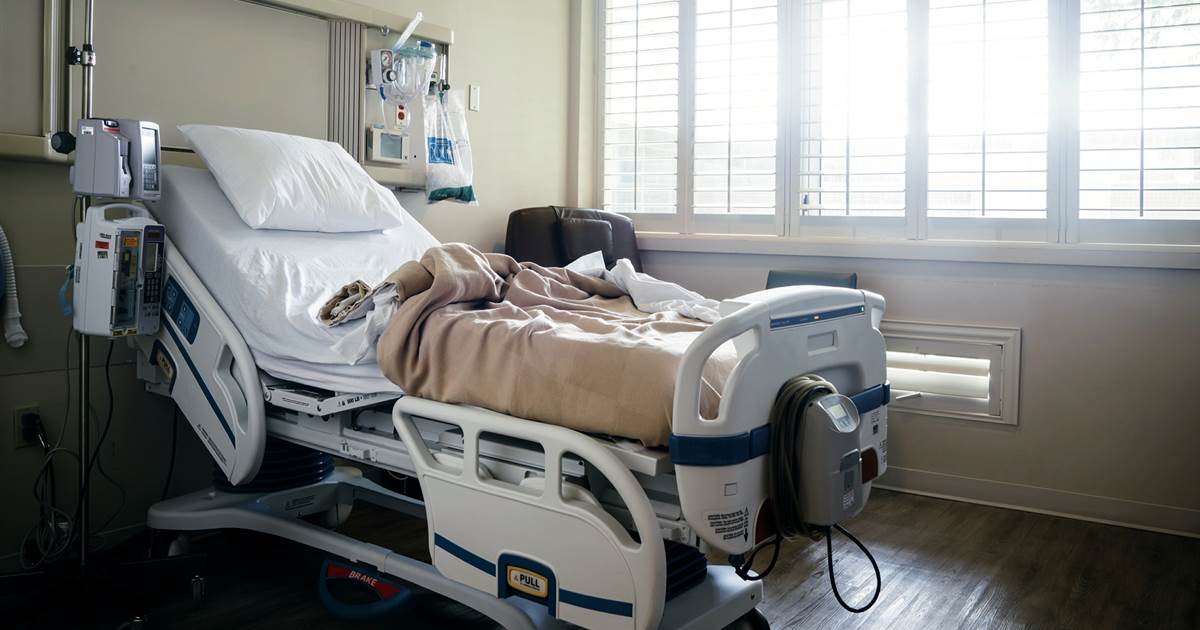 An increasing number of Americans are dying in the prime of their lives, a trend not observed in other wealthy nations, according to research published Tuesday in theJournal of the American Medical Association.

These “excess deaths” – that is, people who die years and even decades before they’re expected to – tend to be clustered in the nation’s Rust Belt, where economies once boomed with a thriving steel industry, but have been in decline since the 1970 s.

“That’s when the US began losing pace with other countries,” Steven Woolf, lead author of the new report and the director emeritus of the Center on Society and Health at Virginia Commonwealth University.

“This is a distinctly American phenomenon,” he added.

Woolf’s study analyzed nearly 60 years of data, from 1959 through 2017, collected by the Centers for Disease Control and Prevention.

Researchers attribute that downturn to a growing number of people dying well before they should , between the ages of 25 and 64.

Major causes of death in this age group are from drug overdoses, particularly opioids, alcohol and suicides. Together, these are often referred to as “deaths of despair.”

But midlife mortality rates have also increased for35 other causes of death, especially those related to chronic health problems such as diabetes, obesity and high blood pressure. The wide range of causes of death suggests that the root of the problem is deep and complicated.

“In a way, it would have been easier if we could blame it all on one cause like opioids or guns or obesity, “Woolf told NBC News. But he said the causes of death are “so diverse that it makes us think something systemic is responsible and is expressing itself in our health in many different domains.”

The largest increases in excess deaths for middle-aged adults were found in the Ohio Valley region, with one-third of the country deaths reported in just four states: Kentucky, Indiana, Ohio and Pennsylvania.

The study authors say that the economic downturns that began in those states during the 1970 s and the 1980 s fueled chronic stress among their citizens, and are now manifested in growing midlife death rates.

“If you’re trying to make ends meet , you’re less likely to go to the doctor. You may not do a good job taking care of your diabetes or heart disease, “Woolf said. “Also, you may be more likely to adopt unhealthy coping behaviors. You may turn to drugs as access to opioids becomes more prevalent as it did in the 1990 s. “

Increased deaths overall among middle-aged adults were also significant in part of New England, including Maine and New Hampshire.

Although men overall have higher death rates in this age group,womenare catching up in certain areas. Between 1999 and 2017, the rate of death from alcoholic liver disease was 3.4 times higher in middle-aged women than men. Women also outpaced men in deadly drug overdoses.

The trends were noted across all races and ethnicities, including African American populations that have experienced disproportionately high death rates relative to whites for generations.

“We, in the fields of medicine and public health, have been working very hard to try to narrow the black / white mortality gap. And for some years, we were making really good progress,” Woolf said. “But now this trend has touched the African American community and that decline in mortality has stopped and reversed itself.”

“This is quite tragic because it’s reversing years of progress in lowering those rates, “he added.

An editorial that accompanied the new research pointed out an emerging health problem that may serve as a warning for future mortality trends:vaping.

“Resolving the crisis represented by a new unexplained pulmonary illness linked to use of noncombustible e-cigarettes is an immediate priority, “the editorial read,” especially given substantial increases in the prevalence of youth vaping. “

One of the authors of the editorial, Dr. Howard Koh of the Harvard TH Chan School of Public Health, told NBC News the2, 290 vaping- related illnessesreported nationwide should serve as a “call to action” for strict regulation of electronic cigarettes. At least 48 people have died from EVALI, short for e-cigarette or vaping associated lung injury.

“We need to decrease tobacco use because that’s a preventable cause of death in our country, “said Koh, who served as the assistant secretary for health at the Department of Health and Human Services during the Obama administration.

There is mounting evidence that nicotine e-cigarettes have seen widespread use among thenation’s youth, and appear to be addicting a new generation to tobacco.

“If stresses lead people to take up smoking,” Woolf said, “we’ve got a much bigger problem on our hands.”