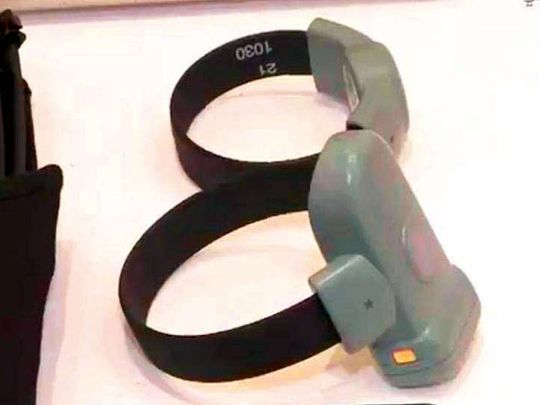 Abu Dhabi: Families of inmates serving jail terms in Abu Dhabi have the option to request for an e-tag for the convict so they can stay with them as an alternative to spending time in jail.

Marking February as the Month of Innovation, the Abu Dhabi Police’s Community Security Sector, participating in the ongoing Abu Dhabi Science Festival, announced that inmates can now stay out of jail if they wear the tagging device that allows the police to monitor their whereabouts at all times.

According to the Abu Dhabi Judicial Department, 302 convicts were fitted with electronic tagging devices in Abu Dhabi since its introduction in 2018.

Major Naseeb Al Mansoori from the Police Follow-up and Aftercare Department in Community Security Sector, said, “The Abu Dhabi Police launched the project in cooperation with the Abu Dhabi Judicial Department as an alternative to imprisonment. The e-bracelet is used to track the geographical scope, time bar and rules imposed on persons under surveillance.” The wearer must not remove the bracelet at any time and they must be present when required by the court and Public Prosecution rulings, Major Al Mansoori said.

Inmates eligible for the device include employees, students, breadwinners and parents, individuals with bank loan defaults who have been imprisoned for six months, those representing the country in international sports competitions and those with certain drug offences, bounced cheques and traffic violations.

“For example, if a person is sent behind bars due to a minor crime, he may stand to lose his job and be unable to repay loans or support the family. Students would be deprived of education,” explained Khaled Al Shamsi, director of Community Services Prosecution at the ADJD in November.

“The electronic bracelet denotes that the person who wears it, will be available at the designated places and at the specified times according to the rules and conditions mentioned in the judicial rulings issued by the Judicial Department,” said Major Al Mansoori.

“The prisoner e-tagging project aims to enhance the prospects of the integration of the convicts into the community. It provides an opportunity to the convicts to be productive, contribute to family cohesion, improve their behaviour and restore society’s confidence in them,” he said.

The aim of the e-tagging is also to ensure that they do not revert to committing crimes, he added.

Prisoners who have been tagged but try to flee, damage or tamper with the tagging device will be imprisoned for over two years.

The person will also be referred to the Public Prosecution, which will investigate the matter and refer the case to a judge to determine new punishments.

How to request for tagging

Electronic tagging is open to prisoners of all nationalities, subject to conditions, and their families can request for the option through the Public Prosecution and the court of Abu Dhabi.

The decision to allow the convicts to wear the e-tag rests with the court, based on the crime. The court can reject the request, in which case, a second application for tagging can be made, but after a period of six months.

What is an electronic tag?

It is a device fitted around a convict’s ankle. It allows police to monitor the convict’s movements and ensure compliance with specific conditions and restrictions. The police operations room monitors the tags round the clock. An officer is assigned to be on call to provide assistance if required. 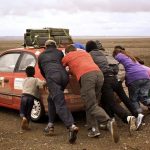 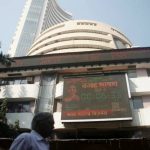