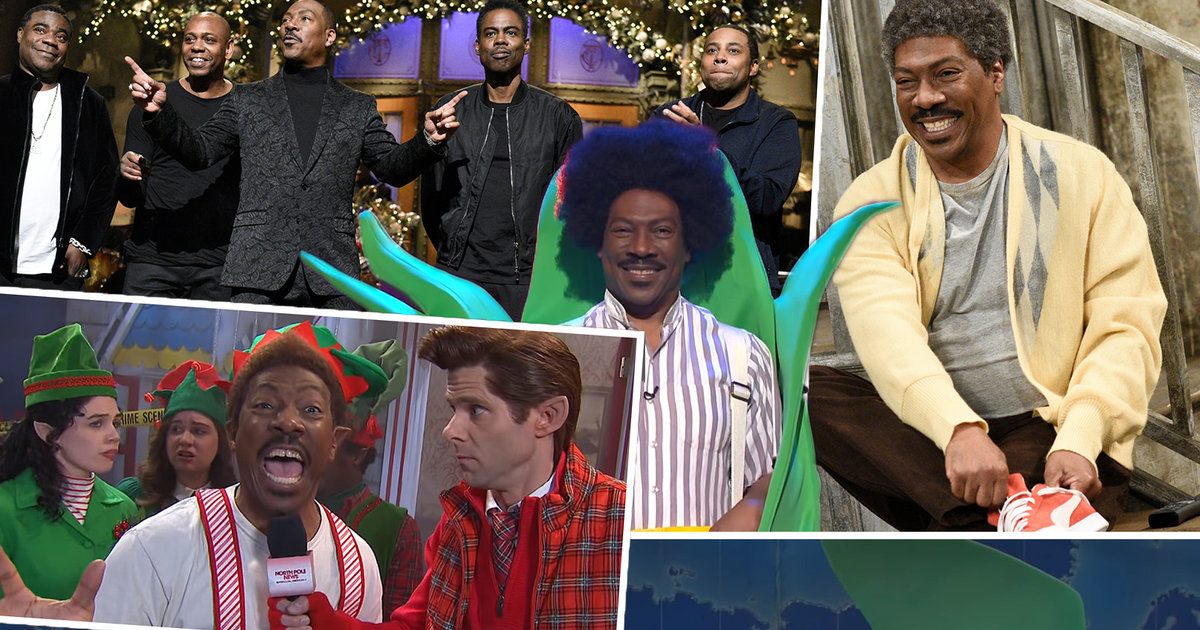 It’s been years agoEddie Murphyhosted“Saturday Night Live,”and even longer since he was a part of the cast and effectively carried the show on his back for two seasons.

Apparently he was under the impression he still needed to, which could be why there was an over-reliance on some of his most famous characters from the ‘ s. Eddie had teased that he might bring back Buckwheat, Gumby, Mr. Robinson or Velvet Jones.

He brought them all back.

The problem is that Eddie is a brilliant and ingenious comedian, so we were hoping to see more freshness from him in this return after so many years. Everyone loves the classics, but there is such a thing as too much nostalgia.

The bottom line is that two of those reprisals worked, and the other two did not. Now, one of them worked so briliantly it totally derailed the sketch it was in in the best way possible.

Let’s just say with a litany of guest stars and all the laughter and applause throughout the night, the show went so long they had to cut two whole sketches. But don’t worry we’ve got them for you below, including one featuring musical guestLizzoinspiringAidy Bryant

As usual, we’re ranking all the sketches from worst to first, including the Monologue, Cold Open, “Weekend Update” and any sketches that were cut for time but made their way online. We’ll skip the musical guests, because they’re not usually funny – unless Ashlee Simpson shows up. We wrap up with a look at the cast-member who had the strongest week.

While we were thrilled to see “SNL” finally doing a take on this hit-diculous show, we’re not sure why it had to be as a return venue for Eddie Murphy’s Buckwheat. And after unmasking him, it was quickly proven there was nothing really to do with him, so he sang a bunch of different songs with his unique speech impediment. The cast was fun as the panelists, but not enough to save this pointless sketch. If you wanted to see Buckwheat, well this was for you. But that was all it was.

Aside from Eddie Murphy’s accidental s-bomb, we’ve seen this premise before, and it wasn’t quite as funny the second time around. Eddie’s demonic cake from hell just couldn’t compete with the mutation from this sketch’s first appearance. And while we get that these repeat sketches want to hew to familiar beats, this one flew way too close to the original, meaning even the jokes were essentially the same. We’ll have to chalk this one up to a missed opportunity.

Another potentially fun sketch somewhat derailed by Eddie Murphy trotting out one of his characters (and struggling a lot with the prompters). We would have liked him to do something new here rather than bring back Velvet Jones, though they did a decent job of showing how the character looks in this #MeToo era. Still, Eddie is an incredible comedic talent, so it feels like there was an over-reliance on some of his old favorites from his tenure on the show. We would have maybe stopped with Mr. Robinson and Gumby (dammit!), As they wound up dominating the show a bit.

What an oddball pre-taped sketch, with Aidy Bryant trying to adopt Lizzo’s ” percent that bitch “mentality. She even went as far as to wear Lizzo’s assless thong-baring pants, though not in the same context. Aidy always carries this sweet timidness in sketches like this which makes it even funnier when she goes over the top into her empowered sexuality all over her male co-stars on the show. It was a little aggressive and a lot strange, but it also made us think Lizzo might be a fun host.

swapped in forWoody Harrelsonas Joe Biden in this latest Democratic debate sketch, which otherwise featured return appearances byRachel Dratch,Larry David,********** Fred ArmisenandMaya Rudolph), who brought back Kamala Harris for a couple of cameos, despite dropping out. Jason brought a rejuvenated energy to Joe Biden’s persona, and as the centerpiece of the Democrat party, it was a refreshing “glow-up,” as he put it. Otherwise, this was another muddled, rambling piece that was basically a recap of the events since the last time we did one of these, withAlec Baldwin’sTrump thrown in for more impeachment commentary. That was a nice quick-change byKate McKinnonto switch from Elizabeth Warren to Nancy Polosi, though. That’s one hard-working makeup and wardrobe team!

“Who is America’s Dad now?” Murphy asked in his iconic Bill Cosby impression, talking about how much everything has changed in the last 52 years. We love that he was flanked by other prominent black comedians and cast-members likeTracy Morgan************************************** Chris Rock andDave Chappelle, as his influence as a comedian and groundbreaking as a black comedian can not be overstated.Beck Bennetttrying to briefly horn in on the moment was perfectly in character for his previous crashing of black “SNL” moments, but luckilyKenan Thompsonwas there to shut it down.

Kenan Thompson’s band leader Patrice once again got way too personal, this time talking about Eddie Murphy’s mysterious bleeding ailment. It’s Kenan’s earnestness and cluelessness about how much he’s derailing the show that always makes these work, with Eddie doing a great job opposite him as a guy just trying to play some music and leave his personal issues out of it. And we’re so glad they did try to shoehorn in an Eddie Murphy “SNL” character.

Eddie Murphy carried this bizarre sketch with the sheer force of his personality as an elf trying to tell a local newsman about the polar bear at the toy factory. Mikey Day did a great job of staying in character next to Eddie’s screaming lunatic elf who turned out to be totally sane and right about the horror. Things got weird when “thoughts and prayers” came from the tooth fairy and Santa was made complicit in the horror, but the weirdness all worked here, thanks to Eddie’s consistency throughout.

With Mr. Rogers having a pop culture moment and Eddie Murphy back hosting “SNL,” this sketch was inevitable. Change was also inevitable, and for Mr. Robinson, that change was gentrification. He stole from his white neighbors and ran away from his biological son at the door, and it was like this sketch never went off the air. Eddie continues to oscillate flawlessly between that Mr. Rogers innocence and wildly offended aggression, making the sketch adorably unpredictable … even when it totally is. Weirdly, we actually wished this one was longer, when usually we’re hoping “SNL” sketches would end a little sooner. The power of charm.

Eddie Murphy interrupted the proceedings as Gumby for a very meta tirade against the show andLorne Michaelsfor not crediting him with saving the show, which Eddie totally did. And he’s right that retrospectives barely touch on his years with the show – which is when Lorne was not there – and his importance to the franchise’s survival. And he roasted Jost and Che like a real champion so hard that even he cracked at one point. It was another pointless return, but one that was hilarious nonetheless.

talk impeachment, instead talking about how he was the youngest guy in the cast after Eddie Murphy, but he’s not Eddie Murphy. Basically, he ripped on himself and gushed over Colin. It was sweet and awkward and totally in line with what Pete does on this show, but also … we get why he wouldn’t want to follow Gumby.

Why did they not end with this segment? This is easily the funniest thing Che and Jost do, and particularly Che who just makes Jost more and more racist and awful every time. That’s right, it’s that bit where they write each other jokes and see and read them for the first time live on-air.

Did they prepare Colin for the fact thatCecily Strong’s ********** Jeanine Pirro Would be vomiting on him this round rather than throwing wine in his face? It explains why this bit was saved for last. She was clearly having a lot of fun with it. As for Colin? “It’s in my mouth!” Kind of says it all.

Home for the Holidays

This pre-taped sketch was also a repeat of a previous sketch, but it worked because of the shift from parenting to holiday and quick cuts between the sweetness of a holiday toast withallthe family to the outrage and insanity of having to deal with everyone around the most stressful time of the year. Eddie Murphy and Maya Rudolph were perfect together as the stressed-out hosts. For as many events in our lives are both cherished memories and absolute nightmares, this sketch will have a welcome home.

PLAYER OF THE WEEK

Effectively a “best of” episode for Eddie Murphy, he really did dominate the proceedings throughout the night. Outside of him no one had a clearly dominant evening.

Kenan Thompson got a lot of work, hosting Black Jeopardy, appearing as Eddie’s father in the Home for the Holidays bit and as bandleader Patrice in a cut-for-time sketch, while

Cecily Strong had the strongest character of the night, with Judge Jeanine, while Kate McKinnon gets special mention for droppingtwoimpressions in the cold open. But the slightest of edges has to go toMikey Day.

Not only did he have multiple appearances on the night, he did a great job of keeping it together amid chaos. A straight man is important for comedy, and Mkey delivered in the North Pole News sketch, as the white son-in-law in Home for the Holidays and twice as part of a couple with Heidi simply reacting to Eddie’s antics.

Because of the types of roles he’s usually given, Mikey doesn’t often get to stand out comedically, so props to him for helping others get the big laugh in a key comedy position.

Got a story or a tip for us? Email TooFab editors at [email protected] 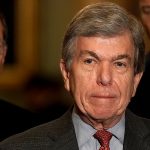 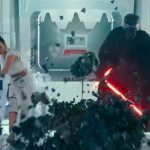