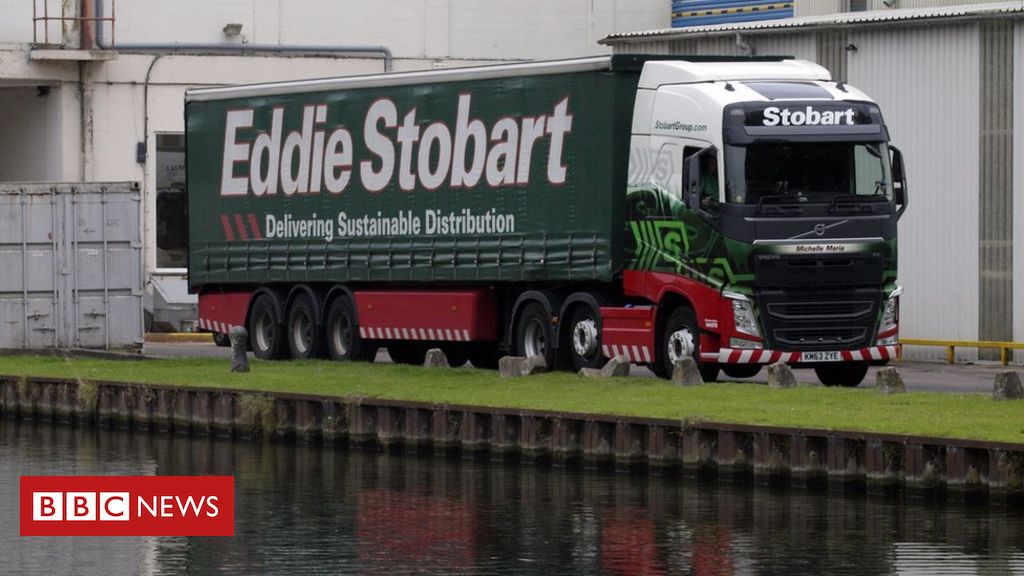 Eddie Stobart shareholders have approved a rescue plan for the truck company, staving off possible collapse.

One of the firm’s largest shareholders, DBay Advisors, will lend it £ 55 m through high-interest bonds and assume control of the haulier.

It means the company will avoid breaking its banking agreements and will not face administration.

Under the plan, in return for the £ 55 m loan DBay will increase its stake in Eddie Stobart Logistics to 51%, but will charge the company an interest rate of 18% for the loan.

This will hand DBay control of the haulier as well as a stronger claim to any money it makes, as debts are pai d before shareholders see any payments.

The loan is a so-called payment-in-kind (PIK) loan, an unusual type of borrowing which last came to public prominence during the controversial takeover of Manchester United by the Glazer family.

They were also partly blamed for the2012 collapse of retailer Peacocks.

The Unite union said it wanted early talks about the company’s future. “The recent financial problems experienced by Stobart’s has led to our members at the company becoming very anxious about their employment. A situation made worse by the lack of information provided,” said Unite’s national officer for road transport Adrian Jones.

“Unite hopes that early discussions will pave the way for an improved industrial relations climate with Stobart’s,” he said.

“Our main priority and focus is now continuing to deliver the high levels of services expected by our customers as we move into the busy Christmas period.”

Shareholders passed quickly through revolving doors to this morning’s vote, grim-faced and loathe to talk.

Any outcome was going to be difficult. Reports that administrators were waiting in the wings loomed large over proceedings.

The high-interest loan offered by DBay and shareholders seeing their ownership diluted are not easy pills to swallow.

But there’s relief, at least in the short-term, for the 6, 500 Eddie Stobart staff and many more workers in their supply chain in the run up to Christmas.

As a former owner, DBay says it is “confident that Eddie Stobart will return to its previous strength”.

It has a strong brand, contracts with top firms and the logistics and warehousing business is booming, not least because of Brexit-stockpiling. ********

A firm backed by former boss Andrew Tinkler also made an offer involving a sale of new shares to cut the company’s debts.

However, Eddie Stobart said only DBay’s proposal had the support of the firm’s banks.

Eddie Stobart said last month it expected to report a loss of at least £ 12 m for the first half of the year.

Trading in the company’s shares has been suspended since August when it announced that its then chief executive, Alex Laffey, would stand down.

The transport company – famed for its distinctive green and red lorries – had revealed a £ 2m error in its 2018 results.

The company was founded by Eddie Stobart in 1970 before its expansion was driven by his second son, Edward.