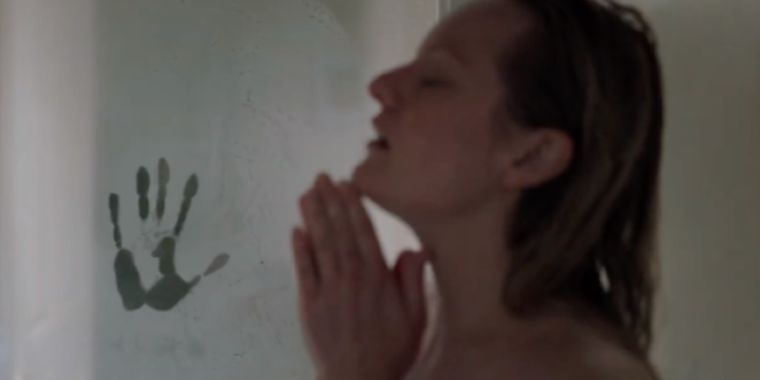 A young woman believes she is being tormented by the ghost of her abusive ex-boyfriend, only to discover something far worse inThe Invisible Man, Universal Pictures’ rebooted adaptation of the classicscience fiction novelby HG Wells. Judging by the trailer, the new movie will deviate considerably from the source material in some interesting ways to bring Wells’ tale into the 21 st century.

First serialized and then published as a book in 1897, the novel tells the story of a scientist named Griffin, whose research into optics leads him to invent a means of turning himself invisible by chemically altering his body’s refractive index to match that of air. Wells cited Plato’sRepublicas one of his influences, notably a legend involvinga magic ringthat renders a man invisible, which Plato used to explore whether a person would behave morally if there were no repercussions for bad behavior. The novel opens with Griffin taking a room at a village inn, clad in long coat, hat, and gloves and his face swathed in bandages. He mostly keeps to himself, performing chemistry experiments in his room, but eventually his landlady discovers that he is invisible beneath the heavy clothing.

Griffin flees — killing a tramp in the process — and takes refuge with his former medical school colleague, Dr. Kemp, to whom he recounts his tale of inventing the chemicals that rendered him invisible. He has been trying to reverse the invisibility, to no avail. He is also quite mad, telling Kemp of his plans to use his invisibility to launch a murderous “Reign of Terror” on England. Kemp informs the authorities, making him Griffin’s first target. Ultimately, Griffin is cornered and beaten to death by an angry mob. His body gradually becomes visible again as he dies.

The critically acclaimed1933 film adaptationby director James Whale starred Claude Rains as the titular Invisible Man and was so successful it spawned several sequels and spinoffs. The film is a reasonably faithful adaptation of Wells’ novel, except it is set in 1933 rather than the 1890 s, and it fleshes out Griffin’s character to include a fiancée named Flora (Gloria Stuart). It’s also a more sympathetic treatment of Griffin as a tragic figure, showing him as being driven mad by a scientific experiment gone wrong rather than portraying an unhinged man drunk on power who readily resorts to murder.

Universal announced a remake ofThe Invisible Manin 2016, part of a planned series of films for the studio’s Dark Universe project, which draws on the studio’sclassic monsters.The shared cinematic universe would includeThe Mummy,Bride of Frankenstein, and (The Invisible Man) . But yet again, a major studio discovered that the “Marvel model” is actually pretty difficult to pull off. Universal’s 2017 filmThe Mummy, starring Tom Cruise, was a critical and box office failure, and the studio abandoned the shared universe plan to focus on standalone stories. Jason Blum of Blumhouse Productions signed on to produceThe Invisible Man.

Written and directed by Leigh Whannell (best known for theSawandInsidiousfranchises), this latest film version seems to combine the original premise with another classic film,Gaslight(1944), about an abusive husband who tries to drive his wife mad. Per the official synopsis: “After her abusive ex-boyfriend commits suicide, naïve Cecilia (Elisabeth Moss) begins to rebuild her life for the better. However, her sense of reality is put into question when she begins to suspect her former boyfriend is not actually dead as she had thought. “

The trailer opens with Cecilia fleeing her toxic relationship in the dead of night, aided by her sister (Harriet Dyer), only to have the sociopathic Adrian (Oliver Jackson-Cohen) smash the car window as they drive away. Cut to the sisters sitting in the office of a lawyer who informs them that Adrian has committed suicide. The twist: he’s left Cecilia $ 5 million in his will, provided she is found to be mentally sound. Cecilia starts rebuilding her life, but mysterious, ominous phenomena keep happening. At first, she thinks Adrian’s ghost is haunting her, but her sister and neighbors dismiss that possibility, expressing concern about her mental health.

A visit to Adrian’s old house convinces Cecilia that her ex is still alive and has figured out how to turn himself invisible, the better to play his mind games to torment her.

“He said that wherever I went, he would find me, walk right up to me, and I wouldn’t be able to see him, “Cecilia says in a voiceover. Naturally, nobody believes her, until an invisible Adrian turns violent. One assumes that Cecilia will have to face down her abuser to finally bring the nightmare to an end. And given the Invisible Man’s fate in past incarnations, we don’t like Adrian’s chances for survival.

The Invisible Manhits theaters on February 28, 2020. 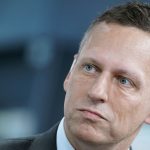