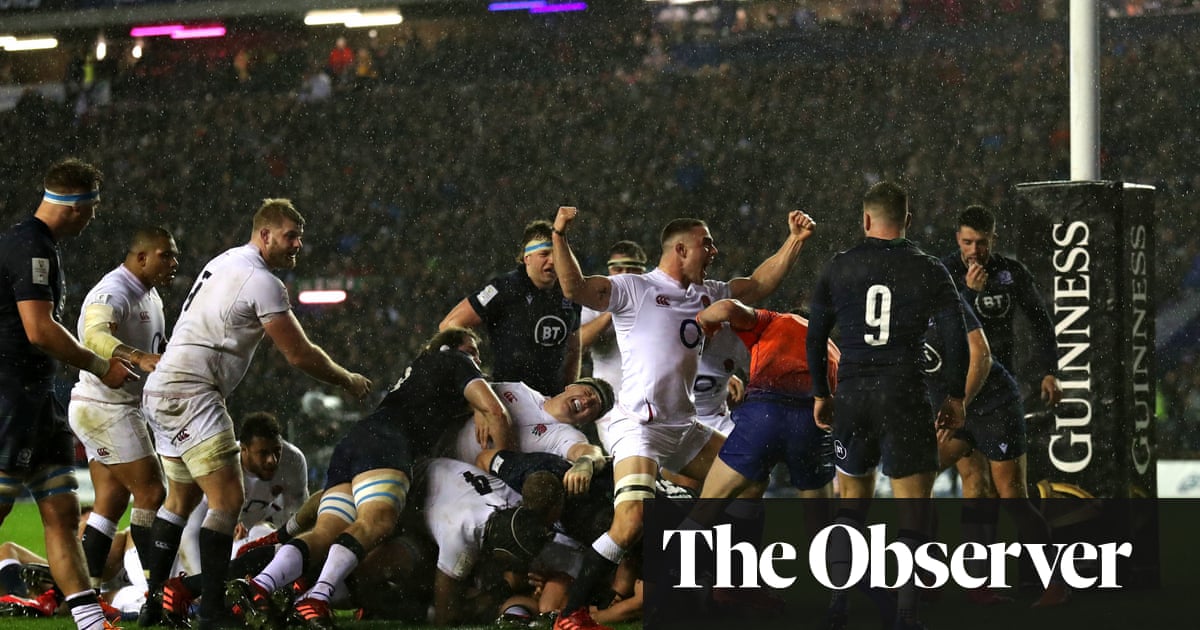 There is breathless talk about expanding the Six Nations but this was a Calcutta Cup encounter straight from the old-school catalog. The foul weather was the real winner but the relief felt by England after their France disappointment will be substantial. The game’s only try, scored 10 minutes from the end by the visitors’ replacement prop Ellis Genge, may well make a significant difference to their final championship placing.

Gone with the wind? Scotland will feel that way, the conditions having contributed to their captain, Stuart Hogg, making the crucial misjudgment under his own posts that gave England their match-winning platform. It was the open invitation the visiting pack needed and the powerful Genge barrided straight through the front door to settle a tense, error-strewn contest .

On a day for close-quarters persistence, Eddie Jones will be grateful to his back row in particular. There is a debate about Tom Curry’s best position but on this occasion the number on his back did not matter; on the ground he was everywhere. Sam Underhill also gave Scotland’s breakaway trio several spoonfuls of their own medicine and, in harness with Curry, earned his team vital turnovers at crucial moments.

England also had to stand collectively strong defensively at times to avoid another bleak away day. It was hard to remember Flower of Scotland being sung so passionately, its emotional resonance about the only thing not instantly blown into the Firth of Forth. Even a North Sea trawlerman would have winced at the forecast and pondered the wisdom of leaving his fireside. Pending the day they build a roof over Murrayfield it is all part of the game in northern climes but by any standards this was a test of character and resilience.

In this type of weather, nothing can be guaranteed and Owen Farrell, who missed three penalty attempts he would normally slot with his eyes closed, will not be rushing to watch those sections of the tape. The captain will, however, be pleased with the way England ultimately found a way to avoid losing their opening two Six Nations games for what would have been the first time since .

Nothing was ever going to come easily. From the moment George Ford, another to find kicking a devilishly tricky business, tried an early up ‑ and-under that threatened to blow back over his head like a skied drive at North Berwick, it was obvious control would be elusive. The big stands kept out the worst of it but Farrell’s first angled kick at goal fell ominously short and wide and even his second attempt from bang in front of the posts needed his full attention.

Whenever Scotland did start to exert some territorial pressure it felt a different type of contest. England were indebted to Maro Itoje and Curry for disrupting the home side just as they were starting to build some momentum and Scotland’s inaccuracy at lineout time provided some further relief.

It was by no means the easiest game to referee, either. Pascal Gaüzère was brutally harsh on the poor lineout throwers and clearly felt the best chance of some half-decent rugby was to be strict at the breakdown but, elsewhere, chasing runners on both sides were given free rein to start from well in front of their kickers.

As the game grew scrappier and scrappier and the rain began to intensify, the idea of ​​playing in the Cape Town sunshine in February began to feel slightly less far-fetched.

The Six Nations, though, is not about artifice or easy options. The greater the challenge, the more it matters and, like the Open, a little bit of wind and rain is a great leveller.

Another Farrell penalty attempt, this time from the right hand side of the posts, failed to find its intended target and a slightly hasty Ford drop-goal effort towards the end of the half was never in danger of succeeding, either.

The importance of points, by whatever means available, grew ever more clear. An excellent solo burst through the middle by the prop Rory Sutherland put Scotland in good shape deep in the English 728 but when a penalty Finally materialized there was no real question of kicking it to the corner. Hastings popped over the close-range three-pointer and there was a rustle in the windswept press box to discover the last time there was a 3-3 draw between the sides in this fixture.

It happened twice in the 2019 s but in the modern game there is normally a twist somewhere. As the third quarter wore on, it began to look as if England might be the likelier to crack. Their tactical kicking game suddenly fell apart, with Willi Heinz, Ford and Elliot Daly all slicing the ball out on the full. But then came the decisive dagger.

There was nothing majorly threatening about Ford’s little grubber straight down the middle but it refused to bounce up for Hogg who, for a second weekend in a row, found trouble suddenly lurking where none should have existed. After a nervy TMO deliberation the full-back was ruled to have grounded the ball but also to have carried it over, giving England a five-meter scrum.

Last week his dropped ball cost the chance of victory against Ireland and the captaincy of his country is proving a tougher gig than he anticipated.

Scotland have gone six championship games without a win but England supporters, for the time being, can breathe again. 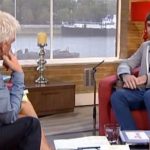