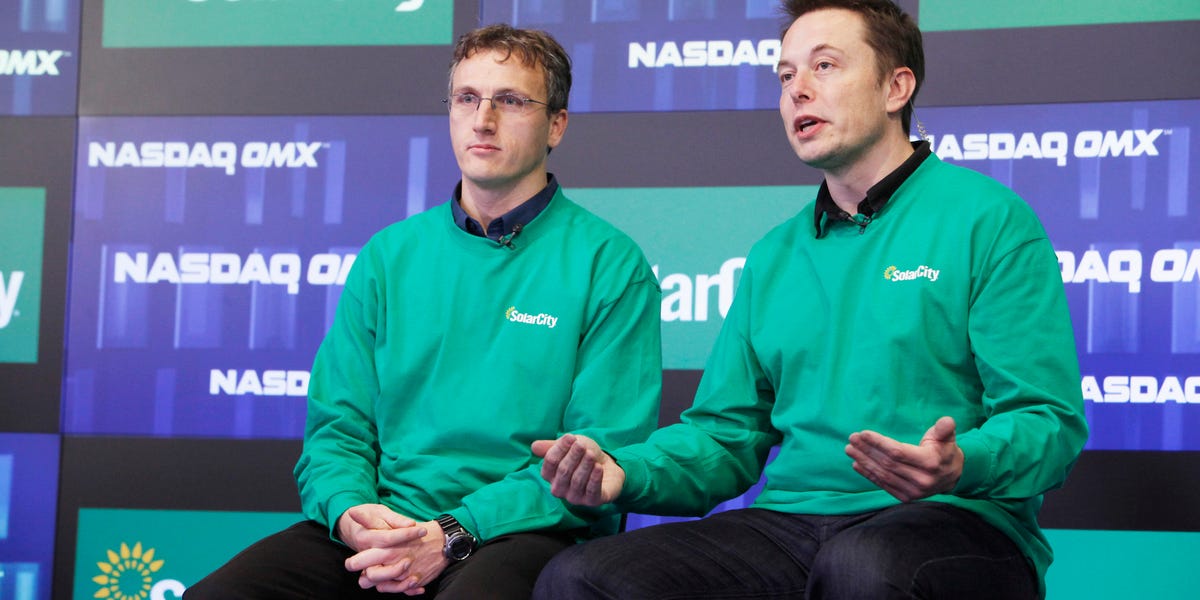 In 2016, the empire that Elon Musk built to conquer earth and space was in peril, but Musk stepped in with a potentially illegal plot to save it all and stick Tesla shareholders with the bill, shareholders said in a lawsuit filed against Tesla.

The lawsuit, filed in 2016, alleged Tesla’s 2016 acquisition of SolarCity – which saddled Tesla with billions of dollars in debt and liabilities – was a breach of fiduciary duty on the part of Musk, the electric-car maker’s CEO, and the company’s board of directors. The plaintiffs also alleged that Musk and other members of the board did all of this in order to enrich themselves and save SolarCity while hiding the company’s desperate financial condition. They were major shareholders, and SolarCity was helmed by Musk’s cousin Lyndon Rive.

Musk’s lawyers have argued that he didn’t really control the process for buying SolarCitybecause he didn’t vote on the deal,and that the stockholders who voted on the deal were fully informed of what was going on at the two companies. Tesla did not respond to multiple requests for comment on this matter.

On Thursday, a bunch of the lawsuit’s filings became public, including depositions of Musk, Tesla’s then-Chief Financial Officer Jason Wheeler, and other players in the deal. The data dump also includes things like minutes of Tesla’s board-of-directors meetings, internal emails, and presentations that the bankers advising the deal gave outlining issues with SolarCity and the potential for synergy between the two companies.

According to these documents, the merger that Musk called a “no-brainer“appeared to be anything but. No other company was bidding to buy SolarCity, and according to internal emails, it was also struggling to find financing for a $ 200 million bridge loan that it needed immediately.

“They claim other banks want into the SolarCity bridge, “Bank of America’s Ray Wood said in a July 2016 internal email, “but we have no visibility … the reality of the problem is dawning on Elon. “(Tesla announced its intention to do the SolarCity deal in June.)

Here’s why things were looking so bad for SolarCity: In order to maintain the terms of its revolver, the company had to have $ 116 million in cash on hand at the end of the month every month. But as early as September 2015 there was an awareness that the company was going through a cash crisis, with its balance dropping to as low as $ 35 million in November, according to internal emails. At the same time, SolarCity also had a ton of capital expenditures, most critically at its Buffalo plant where it had to spend a certain amount or pay the state of New York over $ 600 million.

By July 2016, after the deal was announced, the situation appeared more desperate. In one email to an unnamed person on July 9, Rive describes the company as “super low on cash” and said that he was worried about the “domino effect” if the company did not get the money it needs.

Musk was also very aware of the cash situation before the acquisition. In an email dated Sept. 18, 2016, Musk sent a message to Brad Buss, the former finance chief at SolarCity, in which he said that one of the things SolarCity needs to do to persuade investors about a merger with Tesla was to solve the solar company’s liquidity crisis.

SolarCity’s problems didn’t just matter to Musk because he was a shareholder and a board member of SolarCity , it mattered because the company’s fate was tied to SpaceX, a piece of his empire, according to the lawsuit.

Space X, Musk’s rocket company, had givenSolarCity $ 165 million at the beginning of 2015, according to internal SolarCity emails filed as part of the lawsuit, and it was holding 77% of SolarCity’s bonds. In short, if SolarCity went down, it could take SpaceX with it. Tesla did not respond to a request for comment on the state of SolarCity’s finances at the time.

But that didn’t seem like it was working by the fall of 2016, according to documents included in the lawsuit. Major investors like T-Rowe Price were still not backing the deal.

In an internal email dated September 14, 2016, Todd Maron, Tesla’s former general counsel, described a conversation he had with T-Rowe Price about their doubts regarding the deal.

“They (T-Rowe) said what Tesla is trying to accomplish in the automotive space is very complex and to add SolarCity to the mix raises the operational and financial risk profile of the company, especially given SolarCity’s financial challenges as a company, “Maron said in the email.

So Musk gave them and other doubtful shareholders a reason to get onboard.

“Latest feedback from major investors is very negative on SolarCity,” he said in an email to Peter Rive on September 16, 2016. “We need to show them what the integrated product looks like. They just don’t get it. Needs to happen before the vote, so maybe aim for October 28 th for a joint solar roof and Powerwall 2 unveiling. “

Tesla’s then Chief Technical Officer JB Straubel was also included on this email. Tesla did not respond to Business Insider’s request for comment on its contents.

After seeing the solar tile,Tesla shareholders approvedthe deal in November.

A lot to lose, a lot to gain

Inside of SolarCity as early as the fall of 2015 there was an acknowledgment that 2016 would not be kind to the company’s business model. In an email to the company’s c-suite Tanguy Serra, SolarCity’s then-president laid it out pretty clearly.

“Next year we are facing Silveo [SolarCity’s manufacturing plant], more commercial mix – so on a like for like basis it won’t be better, “he wrote.

That is part of why in June of 2016, the time of this deal’s announcement, Wall Street was scratching its head trying to understand exactly how it would do Tesla any good.

“… we are struggling to see brand, customer, channel, product or technology synergies , “analysts at JP Morgan wrote at the time. “We do acknowledge that the acquirer’s easy access to capital markets might provide a low cost of capital option …. but we don’t see another cost synergies that weren’t already available to SolarCity via the close partnership.”

This quote was included in a presentation Evercore gave to Tesla’s board of directors in July.

The board was not yet sold then in part because there were still a lot of questions about how much SolarCity would cost. According to emails between Evercore bankers and Tesla, filed as part of the lawsuit, Evercore founder Roger Altman said Tesla was pricing too generously and in oneJuly 2nd email said directly:“Tesla shareholders might not like this.” Meanwhile, Tesla’s board of directors wanted to see if there would be any other bidders for SolarCity. But there were none.

By October 2016, though, Tesla’s board was singing a different tune. In one October presentation by Tesla to proxy firms included in the lawsuit, it claimed that the deal would create $ 150 million worth of direct cost-saving synergies within the first year of the acquisition.

Five Tesla board members had a clear financial interest in getting this deal past the finish line, the lawsuit claims. Not only did they stand to lose a lot if SolarCity went under, but they had a lot to gain if it was saved at a premium (as it was), the suit claims.

In 2015 and 2016 Kimball Musk used his SolarCity shares as collateral on his personal loans, according to his deposition. If SolarCity had gone bust this would be a problem for him. But he testified that his personal loans had nothing to do with his support for the deal to have Tesla acquire SolarCity.

According to multiple depositions, the solar roof tile that Musk presented in order to wow Tesla’s shareholders wasn’t actually a working product when it was unveiled. In Wheeler’s deposition, he was asked about that directly, and it went something like this:

Q: So I get a sense of timing – I know you knew it [solar roof tile] was a future nascent product by the time it was incorporated. Were you of that view before the merger agreement was signed, that …. there was no real project to model.

A: Yes, I think before it [the acquisition deal] was signed that’s what I was thinking.

In his deposition, SolarCity’s President of Global Sales , Tobey Corey, said that the roof Tesla unveiled in its presentation was not connected to a grid of any kind while it was being presented. He also said he couldn’t remember if Tesla ever sold a roof either.

“I don’t recall selling any,” he said, though he said he recalled that some roof tiles were being installed after the presentation.

“More than five,” asked the attorney questioning him.

“I honestly couldn’t tell you,” Corey responded. “It wasn’t a lot but I recall hearing of installations that were occurring. I know that Elon got his system installed … I believe there were others I don’t remember the exact number.”

Tesla did not respond to Business Insider’s request for comment on Corey’s deposition, on how many solar roof tiles have been sold, or on how many have been installed since the presentation.

You can place an order for version three from Tesla’s website if you want, but asBethanny McLean reported in Vanity Fairlast month, some people have done that before only to have their deposits sit at Tesla as their roofs never materialized.

Last Friday, a day after the documents related to this lawsuit went public, Tesla held a phone call announcing that it haddeveloped a version three of theproduct that would work beautifully. The call, however, was light on details and it was not a live event like the unveiling of the first solar roof tile. No Hollywood set. Tesla did not respond to Business Insider’s request for comment on whether or not the product was ready for use.

Get the latest Tesla stock pricehere. 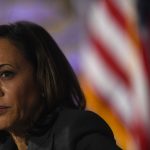 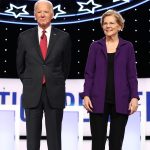