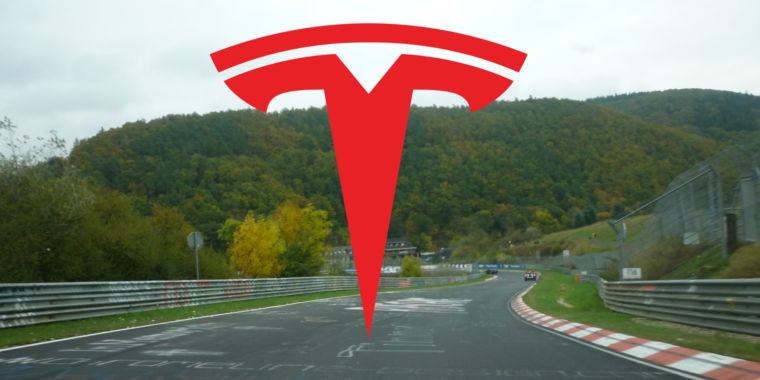 Can the “Raven” Model S beat a Taycan Turbo S at the Green Hell?

As part of Porsche’s build-up to Wednesday’s launch of theTaycan electric car, it took a track-prepped prototype to Germany’s famousNürburgring Nordschleife. This 12 .9-mile (20 .8km ) track, built in the 1920 s as a depression-era public works project, is widely considered to be one of (if not the) most challenging race tracks in the world. It’s narrow, extremely bumpy, very fast in places, and rises and falls a total of (feet) 300 m) throughout the lap.

Opinionsremain dividedabout how relevant a Nordschleife lap time is to your average Jane or Joe driving their daily commute, but the fact remains a ‘Ring lap time is useful ammo for marketing and bench racing. Which is why Elon Musk took to Twitter last night to let the world know that he’s sending a Model S around the track they call “the Green Hell” next week in an effort to beat the Taycan’s 7 minute 42 second run.

Model S on Nürburgring next week

To which I say: Bravo! I’ve been dying to see Tesla engage with motorsport for at least five years now, and this is as close as the company — which builds ludicrously quick cars, lest we forget — has gotten. But it’s going to be a tough challenge for the car.

In 2014, Jalopnik’s Rob Hollandtried taking a Model S around the track, only for the battery to derate about three minutes in . And in 2016,Blake Fuller took a prepped Model SP 90 D to the Pikes Peak International Hill Climb; although Fuller set a record for a production road car up that mountain, like Holland he also ran into battery-cooling issues that slowed the car. (Not that the problem is specific to Tesla — evenVolkswagen’s purpose- built ID R race carwas down on power because of too-high battery temperatures for the final 1.3-mile (2.1km) main straight in itsrecord-setting run earlier this year.

I’ll admit, I was a little skeptical when I saw Musk’s tweet last night — blame “funding secured” and all that. But a racing friend reached out this morning to tell me that a Model S was track-prepped in California and arrived on the ground in Germany on Monday. Presumably that car is one of thenew, upgraded “Raven “Model Ses, which feature some newer tech from the Model 3 as well as a new adaptive suspension. I’ve reached out to Tesla to see if we can get some more info about who will be behind the wheel for the attempt, as well as any pertinent modifications to the car and will report back with any findings.

Here’s hoping the weather and traffic both cooperate, because this is exactly the kind of healthy competition I want to see more of in the high-end EV arena. Game on. 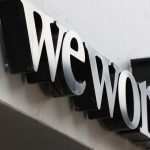 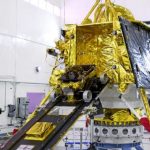