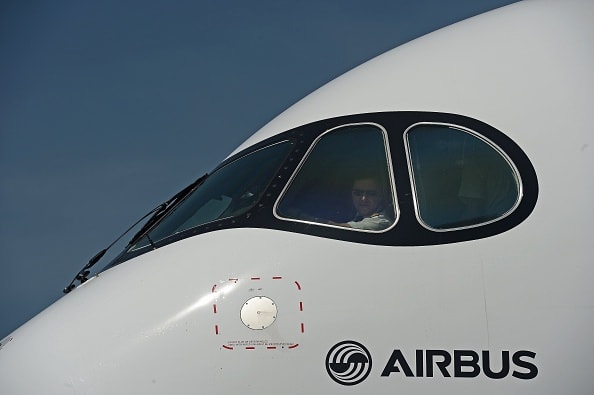 Airbus CEO Guillaume Faury told a press conference that the European multinational planemaker’s flagship A 380 would now have a “younger but very talented brother in the Emirates family.”

The A 350 is a family of long-range, twin-engine wide-body jet airliners, while the A 380 is the world’s largest passenger airliner. The 50 jets ordered by Emirates are its cornerstone A 350 – 900 variety, accommodating between 300 and 350

“Complementing our A 380 s and 777 s, the A 350 s will give us added operational flexibility in terms of capacity, range and deployment, “Emirates Chairman and Chief Executive Sheikh Ahmed bin Saeed Al Maktoum told press. “In effect, we are strengthening our business model to provide efficient and comfortable air transport services to, and through, our Dubai hub.”

The announcement of the order comes after anunderwhelming first dayfor the Middle East’s flagship aerospace expo, with only two jets sold on Sunday.

The Emirates CEO declined to discuss the reasons behind the company’s A 330 order cancellation, saying only, “For anybody touching on the A 330, that is not part of the discussion today. “

The A 330 – 900 is a slightly thinner variant of the A 350 – 900, carrying less passengers and with a slightly slower cruising speed. The A 350 is more expensive but lighter, meaning less fuel costs and more savings over time, aviation analysts say.

Emirates is the number one buyer of Airbus’ iconic A 380, the world’s largest airliner, but its cutback on orders of the jumbo jet early this year led the French manufacturer toannounce it would scrap its production. Aviation analysts called it the “end of an era,” as the industry’s symbol of excess and luxury flight was sidelined for smaller, more fuel-efficient planes now increasingly preferred by airliners.

Asked if a reversal of the decision was possible and the jet’s production might be continued, Faury replied, “The decision is in implementation now, we love the A 380 at Airbus, it is a great plane and will continue to fly for decades, we are committed to supporting it. But no, the decision that was taken to cease production is not reversed. “

Airbus Chief Corporate Officer Christian Scherer told CNBC on Sunday that the A 380 was by no means finished, however, as the companyturns to the secondhand marketto keep the jet in use. Scherer described the A 380 as having “many, many profitable years” to

The Dubai Air Show, known for record-breaking mega deals, is expected to see fierce competition for deals from rivals Airbus and Boeing, who each own approximately half of the market for large commercial airliners. But the American planemaker’s presence has been subdued thus far, weighed down byBoeing’s two catastrophic 737 Max jet crashesin a span of five months, which killed a combined 346 people.

Boeing’s fleet of some 400 737 Max jets has been grounded since March, denting airlines’ profits, forcing carriers to cancel thousands of flights and pushing up costs. On the air show’s first day, the manufacturerannounced a sale of two of its 787 – 9 Dreamliner jetsto Biman Bangladesh Airlines, valued at $ 585 million at list prices.

Asked on Sunday if the 737 Max’s grounding benefited Airbus,Scherer forcefully rejected the notion, telling CNBC: “This does not benefit anyone in this industry, the least of which would be Airbus … it is not good for competitors to see problems on any one particular airplane type.”

‘Good news for the industry’

Speaking to CNBC Monday, Al Maktoum said the Airbus order was “good news for the industry” and dismissed concern over the lack of activity so far, suggesting that more orders could be incoming over the course of the show.

“I think you will see a good number. I think also you have to expect there is aircraft to be delivered over those years, so don’t expect that always will be the same number of aircraft, “he told CNBC’s Hadley Gamble. 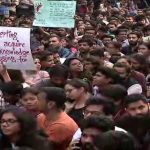 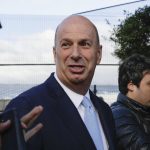