CANBERRA: Emirati astronaut Sultan Al Neyadi has joined the UAE effort to help Australia, flying to the fire-ravaged country to lend a hand in person.

Al Neyadi – who has a PhD from Griffith University in Queensland, Australia – sent several tweets from Sydney to his 22,000 followers including a NASA image taken from space showing the smoke plume over eastern Australia.

“Overwhelmed by emotions of support and love to the country where we all studied – I and a group of other Emirati professionals visited Australia in solidarity and compassion,” Al Neyadi wrote.

“The scale of destruction is palpable. But together, we stand. Please join us in showing solidarity with Australia throughout this crisis,” he added, using the hashtag #mateshelpmates.

The group, which includes Al Neyadi; Officer Zayed Al Saqqaf from the Ministry of Defence; Nuclear Reactor Operator Sara Al Khouri from the Barakah Nuclear Energy Plant; and lawyer Samiha Al Raeesi from the Tourism Authority, visited the Cooma County Emergengy Operation Centre in New South Wales as well as one of the emergency shelters.

Wearing ‘Mates Help Mates t-shirts emblazoned with the Australian and UAE flags, they received a briefing from one of the emergency controllers and posed for photographs with other volunteers.

The Emirates Red Crescent and the Australian Red Cross, together with the Australian Embassy in Abu Dhabi, yesterday launched an appeal for Emiratis to donate to a bush fire fund for victims and families who had lost loved ones, homes, and livelihoods in the fires.

The appeal was accompanied by a moving video on social media, which contained heartfelt messages from both Australians and Emiratis.

“The bush fires in Australia are not an Australian problem. It is a problem for the world, we are showing solidarity with Australia throughout this crisis, help us out – spread the word on social media #mateshelpmates,’’ the video message says.

Also, Dr Ahmad bin Abdullah Humaid Belhoul Al Falasi, Minister of State for Higher Education and Advanced Skills and Chairman of the UAE Space Agency – who studied in Australia – tweeted on the fires. “We stand in solidarity with those affected by the tragic forest fires in #Australia, the country I lived in for years during my Master’s and PhD studies,’’ he wrote.

The coordinated activities between the UAE and Australia over the fires follow a direct from His Highness Sheikh Mohamed bin Zayed Al Nahyan, Crown Prince of Abu Dhabi and Deputy Supreme Commander of the UAE Armed Forces, who pledged the UAE’s support for Australia in a telephone call with Scott Morrison, Australia’s Prime Minister, earlier this week.

The post Emirati astronaut reaches out to Australia appeared first on The Wealth Land. 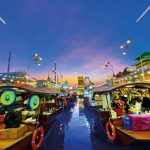