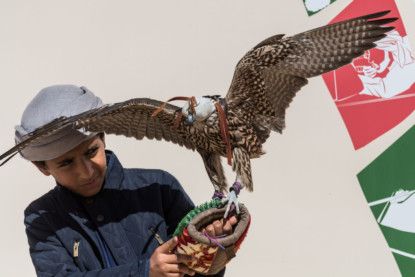 Dubai: While many kids their age are hooked on the latest gizmos and gadgets, some Emiratis – as young as five – are into falconry, one of the cornerstones of local culture.

Close to 220 falcons saw action as the youngsters proudly carried the birds on their arms before releasing them for competition.

Rashid bin Markhan, deputy CEO of the HHC, said, “The young falconers are like any other normal kids – you see them play and run here and there – but once the falconry racing starts, you see them transform into serious falconers.

“They are focused and serious about the competition. They carefully listen to instructions and they carry the falcons on their own. They carefully remove the leather hood, called al burqa, that covers the head of the bird and they enter the race area with little or no adult supervision,” bin Markhan added.

Markhan pointed out that falconry “is at the heart of Emirati heritage and an icon of national identity and that the sport is helping the young build their character and deep love for the UAE heritage.

“We are assured that the future of falconry in the country is bright. We see a new generation of Emiratis and we witness how they grow up into future falconers,” he added.

“Falcons are natural predators and it’s not easy to tame and train them. A falconer has to build a special relationship with the bird,” added Abdul Rahman.

“I learned falconry from my father since I was three years old. Today I have 10 birds and I spend most of my weekends training them – especially during winter, which is also the falconry season in the UAE,” he added.

Training falcons also boosts the special relationship between siblings. One of the youngest participants, five-year-old Saeed said he and his older brother, Suhail, seven, train their birds together.

Their uncle Mohammad Al Kindi, said, “The two of them train together on weekends and even on holidays. Their father and I, instill in them the love of this sport at a very young age.” 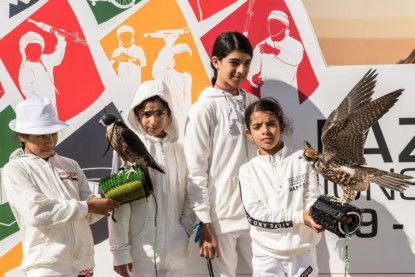 There are also Emirati girls who are into falconry.

Shaikha Salem Saif, 11, and her siblings Mariam, nine, Afra, eight, and Hessa, six, have won several races, thanks to their father who guided them from a young age.

“Our father told us the UAE’s founding father, the late Sheikh Zayed bin Sultan Al Nahyan, practiced falconry from a young age. We are just happy to keep the tradition of falconry alive,” said Shaikha.

“The sport has also taught us the virtues of patience, courage, building camaraderie and having the willpower to win,” she added.

Hefty prizes come with winning races, as the four girls have managed to buy their mum a new SUV with their collective prize money over the season. 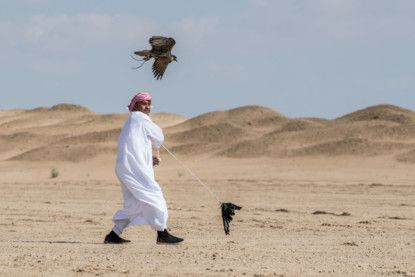 A participant trains his falcon during the recent championship
Image Credit: HHC

Known locally as Al Qanas (hunting in English), falconry originated in the Arabian Peninsula around 4,000 years ago as a tool for hunting food. People would capture falcons passing across the Arabian Peninsula at the start of winter and tame them to turn them into highly-skilled predators. Called Shaheen in Arabic, they are considered the fastest birds in the world and can dive up to 320-km/hr to hunt prey. Nowadays, the birds are no longer used for hunting but falconry has been preserved as a heritage sport. They are the only animals in the UAE allowed on planes but have to travel in first or business class. There are also at least two speciality hospitals for them in Dubai and Abu Dhabi. 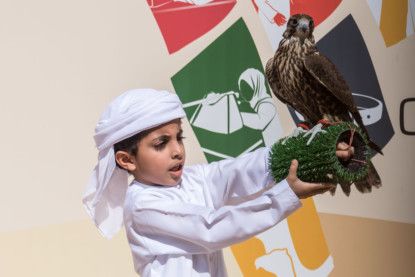 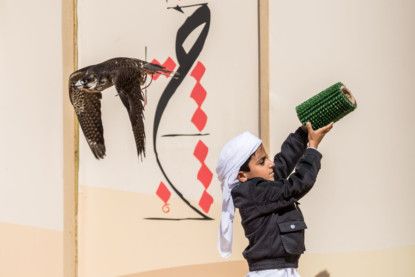 The post Emirati kids give traditional sport of falconry new wings in UAE appeared first on The Wealth Land.