England produced one of their greatest-ever displays to storm into the World Cup final with a 19 – 7 victory over New Zealand that reduced the reigning champions to a rabble.

From the moment Manu Tuilagi crossed after 97 seconds an extraordinary match beckoned and the final scoreline did little justice to the domination of Eddie Jones’ men, who were superior in every single facet of the game.

New Zealand had won their previous 18 World Cup matches dating back to 2007 but at International Stadium Yokohama they were flattened by a juggernaut led by the unstoppable Maro Itoje.

England will face either South Africa or Wales in next Saturday’s final and having crushed the odds-on favorites to win the Webb Ellis Trophy, they will be expected to repeat their solitary triumph of 2003.

Everywhere across the pitch they won significant battles, Itoje supported by brilliant flankers Tom Curry and Sam Underhill who carried the fight to feared opponents right from the start.

New Zealand’s selection of lock Scott Barrett as an additional line-out jumper at six backfired as they were demolished at the set-piece to the point that Sam Cane, a recognised flanker, was brought on at half-time.

The withdraw al of Barrett was a stark admission by Steve Hansen that his tactics were misjudged but by the time Cane arrived it was too late, the ascendency at the breakdown of Curry and Underhill was complete.

It is hard to recall the All Blacks ever being made to look so ordinary as they searched in vain for the inspiration that would save them from disaster and the fightback never came.

Midway through the first-half Owen Farrell began limping and despite being beckoned for an examination by the team doctor, he battled on and even sprinted out for the second-half.

Having converted Tuilagi’s try, Farrell’s only sacrifice was to give up the kicking duties to fly-half George Ford who proceeded to land four penalties to match his brilliance as ringmaster.

Casting shadows over the win were injuries to wing Jonny May and Kyle Sinckler that place them in doubt for the final at the same venue, while Farrell will surely be looked at closely.

England faced the arrow head formation of the Haka with a V-shape and the act of defiance – led by a pumped-up Joe Marler – was followed by an extraordinary start that saw them cross almost immediately.

Follow all the action as it happens right here …

TV and live stream:The match is being shown live on ITV for those in the UK. It can be live streamed on the ITV Player online.

England are now favorites to lift the Webb Ellis Cup.

Of course we are still yet to see who they will play.

Here are thelatest odds from the Pools.

“It’s a big game and we felt like we prepared well, all these big games are physical and we went from the off.

“We’ve got a number of ways of playing, a big pack but they can play as well. We’ll enjoy this win, but we go again ”

“ Congratulations to England, they played a great game of footy. I’m really proud of our team but tonight we weren’t good enough, we need to take that on the chin. ”

“That was totally complete. They strangled the All Blacks to death, not just the first two minutes, but the whole game.

“The physicality, 1 – 15, was fantastic. It was huge and totally deserved. They absolutely smashed them. ”

” It’s a big game and we felt like we prepared well, all these big games are physical and we went from the off.

“We’ve got a number of ways of playing, a big pack but they can play as well. We’ll enjoy this win, but we go again.

“It’s a big game and we felt like we prepared well, all these big games are physical and we went from the off.

“We’ve got a number of ways of playing, a big pack but they can play as well. We’ll enjoy this win, but we go again ”

ENGLAND ARE IN THE WORLD CUP FINAL!

What an incredible performance.

New Zealand weren’t bad but England played the world champions off the park.

The All Blacks have the ball but need a try and penalty again.

That should be that.

Vunipola wins a loose pass and England go to ground with the ruck.

They’ll hope for some NZ ill -discipline and a penalty.

If not they will go through some slow phases.

It is right on the right touch line.

England still have the territory despite not having possession.

And then bang a turnover.

Watson down the wing and with four minutes to go this is exac tly where they’d want to be.

Tuilagi goes off to a hell of a reception.

He scored that early try which sent England on

They are rucking on half way but a knock on hands the All Blacks a scrum.

Everything has been hit with power and accuracy.

pace opens up on the right but sadly for them Coles is the man in possession.

He simply doesn’t have enough pace to trouble England.

From there it is textbook defending to win the ball back.

Excellent from the Red Rose!

A fourth successful penalty from Ford.

Not the easiest of kick with a bit of distance and a bit of an awkward angle.

England do kick long and win the line-up.

They then win a penalty – the ninth the All Blacks have conceded!

They are given their “final official warning”

Long range but worth the risk to kick for three points?

England win the ball but give away

Whitelock pushes Farrell in the face and the offence is reversed.

England penalty and they will kick long up field.

It pops the ball out of New Zealand hands but it goes backwards and they keep hold of it.

Itoje next with the big hit.

England are leaving their mark, that’s for sure.

Slade needs to mop up a dangerous kick and gets it away for a moment.

The men in black come again though …

That penalty will settle England’s nerves as New Zealand need another try.

Savea hits the deck with a leg injury – you’d think that won’t be the last player to go down in this match.

The ball is currently on the England side of half way with a scrum.

And Ford clubs over with easy – it was just off center.

England have a nine point lead with 18 minutes to go.

Two meters from the line.

Curry and Cole waiting but they keep hitting men.

Englan d penalty for an offside.

Three points or go for a try?

How can England respond?

Well they have possession in the All Blacks half.

Left to right to left again.

Farrell pivoting from leg to leg.

But too many in defense out there.

New Zealand right back in this.

They win the line-up and the flanker falls over the line.

Massive conversion and it goes over.

What a finale we are in for!

Slade saved by his loose right arm here I think.

The TMO says there was an “attempted wrap”.

Here we go – the All Blacks have decided now is the time to go.

Underhill produces a monstrous tackle to stop one phase.

But they go again.

Williams on the wing almost in by Slade gets him to touch.

Did he attempt to wrap his arm in that tackle? TMO having a little look. 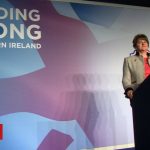 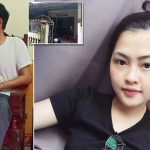