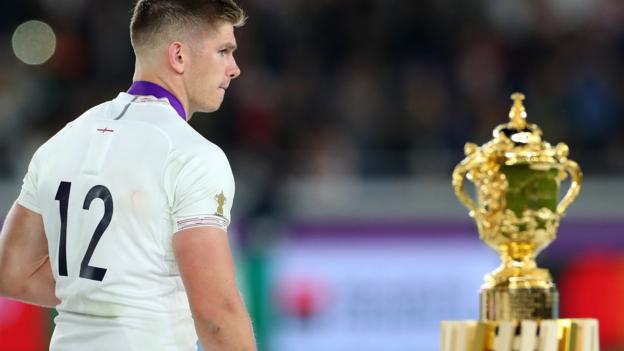 England’s World Cup dreams came to an end in the final when they were comprehensivelybeaten 32 – 12 by South Africain Yokohama on Saturday.

Before that, Eddie Jones’ side had impressive wins in the knockout stages against Australia and three-time winners New Zealand, as well as three victories in the pool stage.

Former England fly-half and BBC Radio 5 Live pundit Paul Grayson has rated each player’s performance in the final and contribution during the World Cup.

Elliot Daly: (7)Another Eddie Jones project player who repaid his boss with exciting performances and improvement in defense.

Anthony Watson: (7)Remarkable recovery from injury and was threatening with the ball. Vastly improved defender too.

Manu Tuilagi: (8)An absolute powerhouse in attack and a subtle and intelligent defender. If he stays fit he will be world class.

Owen Farrell: (8)Led his team superbly to the final and has grown in stature. Coped with the workload and responsibilities well, but the final performance will hurt him.

Jonny May: (7)Rarely puts a foot wrong these days and up until his injury was a real threat.

George Ford: (7)Delicious in the pool stages and played superbly in the semi-final. The final was a different story and he struggled to impose himself and was replaced by Henry Slade.

Ben Youngs: (7)Eddie stuck with him through thick and thin and he paid him back with some commanding performances. Lost his way in the final a little as England struggled for quick ball.

Mako Vunipola: (7)Appeared late in the tournament after injury and is crucial to England. His scrummaging was attacked by South Africa in the final and was the only negative.

Jamie George: (7)England’s first-choice hooker had a great tournament in the tight and the loose until the final. Could still be in that position in 2023.

Kyle Sinckler: (8)Emerged as a reliable front-row technician with the skills of a back to give him the X-factor. His early concussion in the final hurt him and England.

Maro Itoje: (8)Back to his influential best throughout the tournament and was one of few to have a good game in the final.

Courtney Lawes: (7)Worked incredibly hard to force his way into the starting team in England’s most well-resourced position. Had a strong tournament.

Tom Curry: (8 ( (At) , he played remarkably well and had a superb tournament until the final which was a bridge too far. Many more opportunities to come.

Sam Underhill: (7)Fully fit and firing he is an assassin in defense and a menace in attack. Curry’s partner in crime will be around for a while.

Billy Vunipola: (6)Looked in cruise control for the early part of the tournament and never quite reached his marauding best.

Dan Cole: (7)Did fantastically well to get on the trip and was very effective until his final cameo became a main part in a tragedy.

George Kruis: (7)His battle with Lawes brought out the best in him and could easily have started every game.

Mark Wilson: (6)Tough as teak northerner but he only had bit parts to play. His turnover versus New Zealand was crucial in an epic win.

Willi Heinz: (6)Job share with Youngs was done with aplomb, but hamstring injury robbed him of a World Cup final appearance.

Henry Slade: (6)Injury sabotaged early part of the tournament but showed his class in the quarter-final win. Lots more to come from this guy.

Jonathan Joseph : (5)The center never quite got a proper go in the tournament but showed flashes of brilliance. 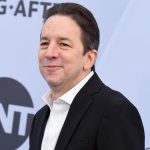 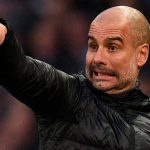