Essex Deaths: New Arrests As Vietnamese Families Say Relatives May Have Been In Truck – NPR, Npr.org 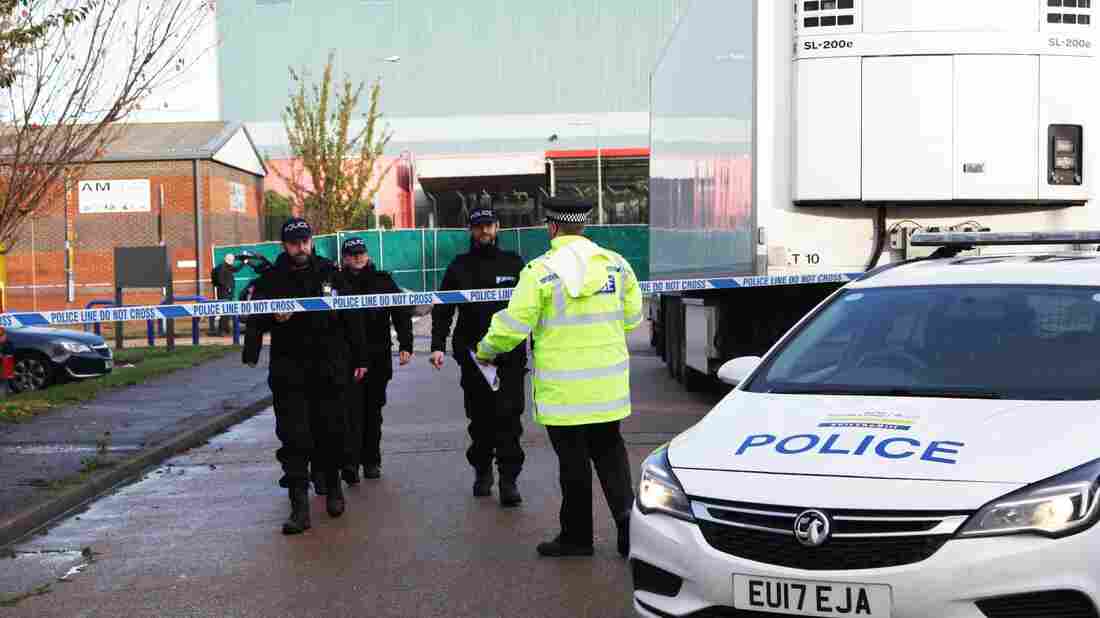 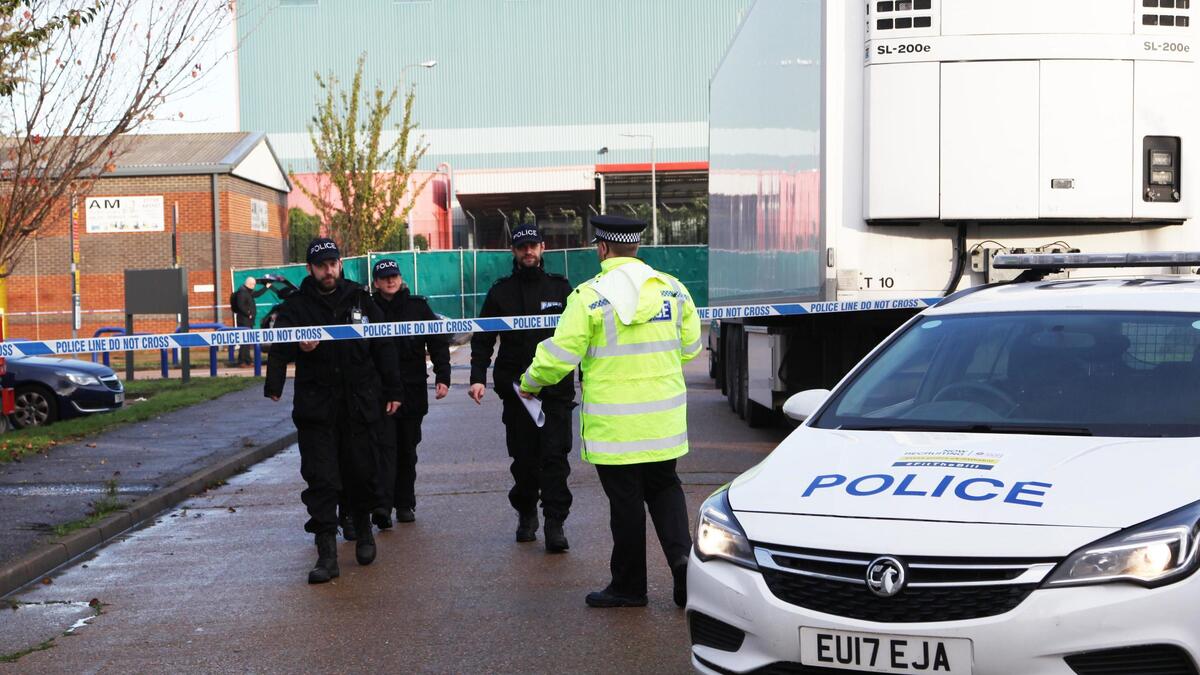 Essex police officers at the scene where 39 bodies were found in the back of a truck on October 24.

British police arrested two more people Friday as part of an investigation into the deaths of 39 people who were discovered in a trucking container in southeastern England. Authorities say a 38 – year-old man and a 38 – year-old woman from Warrington, a town west of Manchester, have been arrested on suspicion of conspiracy to traffic people and on suspicion of 39 counts of manslaughter.

Authorities alsoannouncedthat the first post-mortem examinations of the bodies will begin Friday. Police say ambulances began moving victims from the container at a port in Essex to mortuary sites on Thursday.

Essex Police discovered the container early Wednesday at an industrial park east of London. The truck’s driver, a 25 – year-old man from Northern Ireland, was arrested and remains in custody on suspicion of murder.

British authorities have said they believe the deceased were Chinese nationals, something the Chinese Embassy in the U.K.saysit has not yet verified.

In a new development, several Vietnamese families say they fear their missing relatives who were trying to emigrate may have died in the container.

The Vietnamese Embassy in London says families have asked for its help early Friday to “verify whether their family members were among the victims.”

In a statement emailed to NPR, the embassy said it had already contacted Essex police to ask about the identification of the victims – and that it has shared information from those families with local authorities and Britain’s National Crime Agency.

One family told theBBCthat they have not heard from their daughter since Tuesday, when she texted them saying she could not breathe.

On Thursday, Essex police released more details about how the truck entered the U.K., saying the truck and the container entered the country at separate times.

Police said the truck traveled from Ireland into Wales on Sunday. Meanwhile, the trailer traveled from the Belgian port of Zeebrugge to an Essex port on the Thames River, arriving just after midnight local time Wednesday morning. The two left the port together less than an hour later, according to authorities.

Officials say eight of the dead were women, and 31 were men. The police said 38 are believed to be adults and one is a young adult woman – earlier police reports had suggested she was a teenager.

Police also confirmed that three properties in County Armagh, Ireland, have been searched in connection with their investigation.

Essex Police Chief Constable BJ Harrington released a statement Thursday, saying the investigation is one of the largest in the history of the region. He also expressed sympathy for the victims’ families.

The U.K. has been a common destination for Chinese migrants, and similarly tragic incidents have occurred in the past.

In 2000, the bodies of 58 Chinese nationals were found suffocated in a trailer at the English port of Dover. The driver of the Dutch-registered truck was eventually sentenced to 14 years in prison.