AEuroMillionswinning couple who scooped a huge £ 105 million jackpot have gone public after becoming one of the UK’s biggest-ever winners.

The conscientious builder has pledged to keep working for now and promised not to keep any of his clients in the lurch during the run-up to the holidays.

He said: “I would have got all my jobs done by Christmas if this hadn’t happened! Once I am over the shock I will need to keep doing something, I am not the type just to sit still. My business partner knows that if he needs a hand I’ll be there. ”

Dad-of-three Steve has recounted his shock after matching all seven numbers, an experience which he is “still trying to wrap his head around.”

He said: “I am not sure I even looked at the first two lines, the third one just jumped out and I could instantly tell they all matched.

“I started shaking a lot. I knew it was a really big win but didn’t know what to do. I went out to my van, walked back in, thought about knocking on a neighbor’s door, went back to the van – I think I was on the verge of having a heart attack. ”

The couple, who have been together for 17 years, met while working at a local leisure complex in Selsey. Lenka, who is from Slovakia, was a student studying in the UK.

An excited Steve said he has managed just 10 hours sleep in the past few days and is “mentally drained”.

He joked: “I’ve been counting a lot of sheep!”

The “hard-working” couple have revealed how they plan to use the win to transform the lives of their whole family.

They have pledged not to let the windfall go to their heads and have promised to stay in the local area.

Steve said: “The thought of sitting around doing nothing. I can’t do that, I’m not that sort of person”.

“At the end of the day I’m still Steve – and she is still Lenka – that is not going to change. We’re just better off financially”.

The couple – who have three children aged 15, 10 and 8 – initially shared the news with their close relatives but have now decided to go public.

Steve said: “It would be so difficult to live a lie and not tell anyone about the win, especially with the fact we can both stop working and move house.”

Both say splashing out on a bigger house in the nearby area is now in their plans.

“To be able to give our children a bedroom each is a big thing, so we have been looking for a house. We will stay locally but somewhere with some space.

“I would like to build our own place eventually but we’ve been looking at houses online for now. We will also support our families by buying them houses.

Steve said that their kids have been “sensible” about their requests for presents, but warned: “if they want something they’re going to have to earn it “.

” Our other son did ask for a Tesla but he is only 10. And our daughter, who is 8, has her sights firmly set on a pink iPhone. ”

Lenka is also looking forward to the life-changing effect of the win.

She said: “Our annual holiday has always been to see my family in Slovakia and each year we start saving for the next one as soon as we come home.

“Not only can I treat my family and see them more often, but we can also look to have other holidays, perhaps somewhere hot with a beach.”

In October, one British ticket-holder won the £ 170 million jackpot making them the UK’s biggest winner – but decided not to reveal their identity.

The previous biggest UK winners were Colin and Chris Weir, from Largs in North Ayrshire, who won £ (million in July) .

A £ 123 million jackpot was won by a UK ticket-holder in June and a UK winner scooped £ 38 million on the EuroMillions in April. 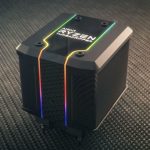