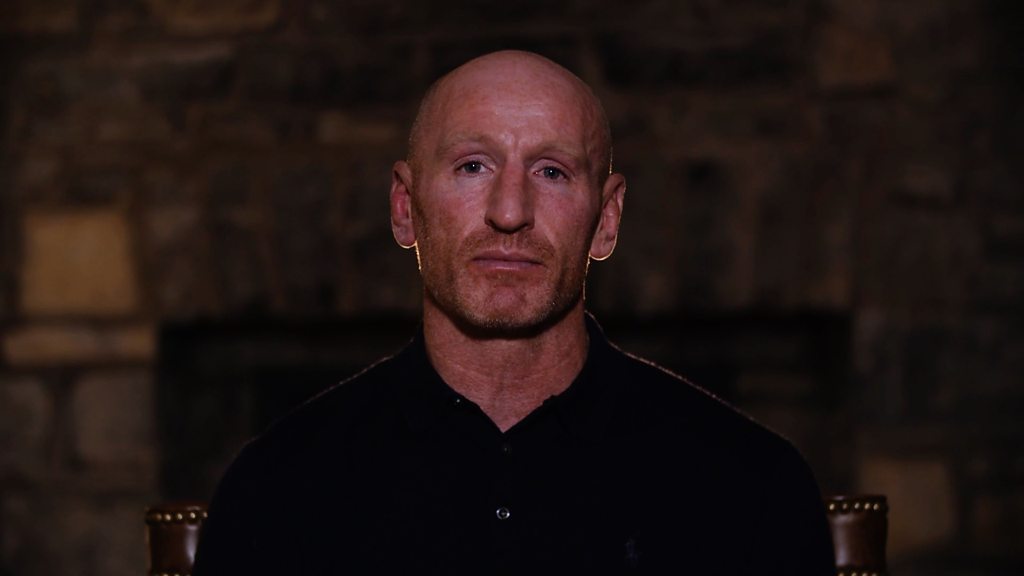 Former Wales rugby captain Gareth Thomas has revealed he is HIV positive, saying he wants to “break the stigma” around the condition.

He said he wants to show how people with HIV are misrepresented as “walking around with walking sticks who are close to dying “.

He has also spoken about” shame “and” fear “of keeping his condition secret.

The ex-British and Irish Lion is due to talk about his diagnosis in a BBC Wales documentary on Wednesday.

Public information campaigns in the 1980 s, warning people to take precautions against Aids, have left a legacy of misunderstanding, he says.

Advances in medicine now allow people who are HIV positive to live long healthy lives. With effective treatment, the virus cannot be passed on.

Other than waking at 06: 00 to take a single pill every day and visiting the hospital for blood tests every six months, the condition has little impact on day-to-day life for Thomas, 45.

On the contrary, plans to take part in an Ironman challenge on Sunday, which has involved him learning to swim, were to Thomas a way of demonstrating his physical and mental strength.

“It’s not like I blame people for not knowing this.

” This is a subject that because of the 80 s scenarios people don’t talk about it because that’s the only information they have. “

He added:” The overriding question that everybody said to me – the first question everyone says to me when I tell them I’m living with HIV – is ‘Are you going to be OK?’

“And it’s a really compassionate question to ask. But, this is meant the nicest way possible, it’s a really uneducated question.”

Thomas said revealing that he is living with HIV was similar to coming out as gay in 2009 because of “the fear, the hidin g, the secrecy, the not knowing how people are going to react “.

” But I think when it was all about my sexuality it just seemed like there was more empathy and more understanding because you had more knowledge, because you could turn on the telly and you could see that there was LGBT representation on most platforms. “

Who is Gareth Thomas? A timeline:

(July) :Born in Sarn near Bridgend

1994: Makes debut for home town club Bridgend and goes on to play for Cardiff Blues (twice), Celtic Warriors and Toulouse

1995:Makes his Wales debut and goes on to win 100 caps, scoring 40 tries and also appearing in three B ritish Lions Tests.

2005: Wins the 2005 Heineken Cup with Toulouse and captains Wales to their first grand slam in Years.

2009:Reveals he is gay, saying “what I choose to do when I close the door at home has nothing to do with what I have achieved in rugby “.

2011:Announces his retirement,last appearing for Crusaders in Wrexham in July.

2012:His post-rugby career includes Celebrity Big Brother, roles in pantomime, regular work as a rugby pundit and campaigning against homophobia in sport. Hollywood actor Mickey Rourke is involved in talks to play him in a film.

2014: Publishes his autobiography, Proud, which wins sports book of the year.

2015:His life story is told in a stage play, Crouch, Touch, Pause, Engage.

2018: Heposts a video on Twitter after being assaulted and becoming victim of a hate crime in Cardiff.Took part in Sport Relief, when he conquered his fear of heights with the fire service.

Thomas lives near Bridgend with his husband Stephen, 56. They married in 2016.

In the documentary, Stephen talks about how the public will react to Gareth’s announcement and how the couple will be treated.

“I’m going to have to take it on board and deal with it,” he says.

Stephen, who does not have HIV, added: “I think it’s going to teach so many people what is HIV.

“I was one of the ignorant ones, I will be honest, like so many people.”

“I think it’s a fantastic thing he’s doing. He’s showing that you can have HIV but you can still do the sport and the Ironman, for goodness sake. “ 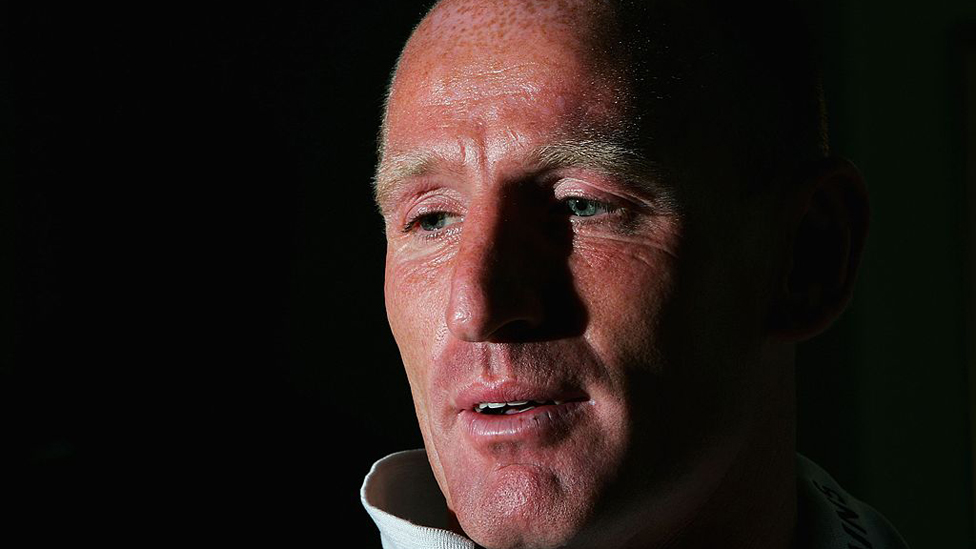 When you have a secret that other people know about it makes you really vulnerable towards them. And I just I felt like I had no control over my own life

The documentary shows Thomas’s anxiety and having to consult legal representatives after a tabloid newspaper found out about his HIV s tatus. It led to journalists going to his parents’ home.

“I needed to take control of my life” he said.

“When you have a secret that other people know about it makes you really vulnerable towards them. And I just I felt like I had no control over my own life.”

Thomas said he currently felt the strongest he had ever been in his life.

“I’ve had a shitty rollercoaster of a ride. me ‘Jesus Christ. What’s coming next with you?’.

“I had the whole emotional challenge of revealing my sexuality and confronting the sporting stereotype within that.

“And then I felt ‘I’m confronting this’, which has so many similarities.”

In the film he confides in Shane Williams, another former Wales international turned amateur triathlete and actress Samantha Womack.

In a BBC Wales interview, he explained: “I’m trying to take control of my life, but I’m not trying to break the stigma and edu cate for me. Because that’s really selfish.

“I’m trying to educate and break the stigma for everybody, which includes me in that everybody.”

Ian Green, chief executive at Terrence Higgins Trust, said: ‘I’m very proud to call Gareth Thomas a friend. Gareth is proof that a HIV diagnosis shouldn’t stop you from doing anything you want to do – whatever that is.

“I hope that by speaking publicly about this, Gareth will transform attitudes towards HIV that are all too often stuck in the 1980 s.

“We’ve made huge medical advances in the fight against HIV that means that people living with HIV like Gareth now live long healthy lives.

“We can also say without doubt that those and on effective HIV treatment can’t pass on the virus. This is exactly the kind of information Gareth wants to get out there to challenge the stigma that still surrounds this virus. “ 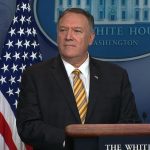 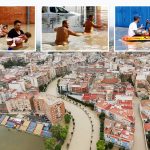