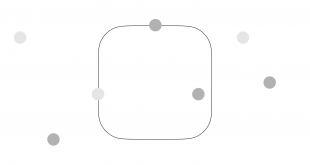 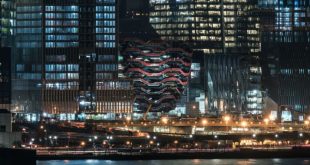 Ricky “Infil” Pusch is a long-time fighting game fan and content creator. He wroteThe Complete Killer Instinct Guide, an interactive and comprehensive website for learning about Killer Instinct. This article was originallypublished there.

At its core, netcode is simply a method for two or more computers, each trying to play the same game, to talk to each other over the Internet. While local play always ensures that all player inputs arrive and are processed at the same time, networks are constantly unstable in ways the game cannot control or predict. Information sent to your opponent may be delayed, arrive out of order, or become lost entirely depending on dozens of factors, including the physical distance to your opponent, if you’re on a WiFi connection, and whether your roommate is watching Netflix.

Online play in games is nothing new, but fighting games have their own set of unique challenges. They tend to involve direct connections to other players, unlike many other popular game genres, and low, consistent latency is extremely important because muscle memory and reactions are at the core of virtually every fighting game. As a result, two prominent strategies have emerged for playing fighting games online: delay-based netcode and rollback netcode.

There’s been a renewed sense in the fighting game community that rollback is the best choice, and fighting game developers whochoose to use delay-based netcodearepreventing the growth of the genre. While people have been passionate about this topicfor many years, frustrations continue to rise as new, otherwise excellent games repeatedly have bad online experiences.

There are relatively few easy-to-follow explanations for what exactly rollback netcode is, how it works, and why it is so good at hiding the effects of bad connections (thoughthere are some). Because I feel this topic is extremely important for the future health of the fighting game community, I want to help squash some misconceptions about netcode and explain both netcode strategies thoroughly so everyone can be informed as they discuss. If you stick around to the end, I’ll even interview some industry experts and community leaders on the topic!

Before we dig into the details, though, let’s get one thing straight.

Why should I care?

Both companies and players should care about good netcode because playing online is no longer the future — it’s the present.

While most other video game genres have been this way for a decade or longer, fighting game developers seem to be resistant to embracing online play , perhaps because of the genre’s roots in offline settings such as arcades and tournaments. Playing offline is great, and it will always have considerable value in fighting games, but it’s simply the reality that a large percentage of the player base will never play offline. For many fighting game fans, playing online is the game, and a bad online experience prevents them from getting better, playing or recommending the game to their friends, and ultimately causes them tosimply go do something else.

Even if you think you have a good connection, or live in an area of ​​the world with robust Internet infrastructure, good netcode is still mandatory. Plus, lost or delayed information happens regularly even on the best networks, and poor netcode can actively hamper matches no matter how smooth the conditions may be. Good netcode also has the benefit of connecting regions across greater distances, effectively uniting the global player base as much as possible.

What about those who never play online because they prefer playing offline with their friends? The healthy ecosystem that good netcode creates around a game benefits everyone. There will be more active players, more chances to consume content for your favorite game — from tech videos to spectating online tournaments to expanding the strategy of lesser-used characters— and more excitement surrounding your game in the fighting game community (FGC). DespiteKiller Instinct‘s pedigree as an excellent game, there’s no doubt that its superb rollback netcode has played a huge part in the sustained growth of its community.

Good netcode matters, period. So let’s talk about it. 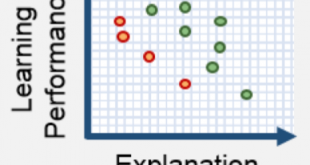 Cynthia Rudin Duke University Abstract Black box machine learning models are currently being used for high stakes decision-making throughout society, causing problems throughout healthcare, criminal justice, and in other domains. People have hoped that creating methods for explaining these black box models will alleviate some of these problems, but trying to explain black box models,…