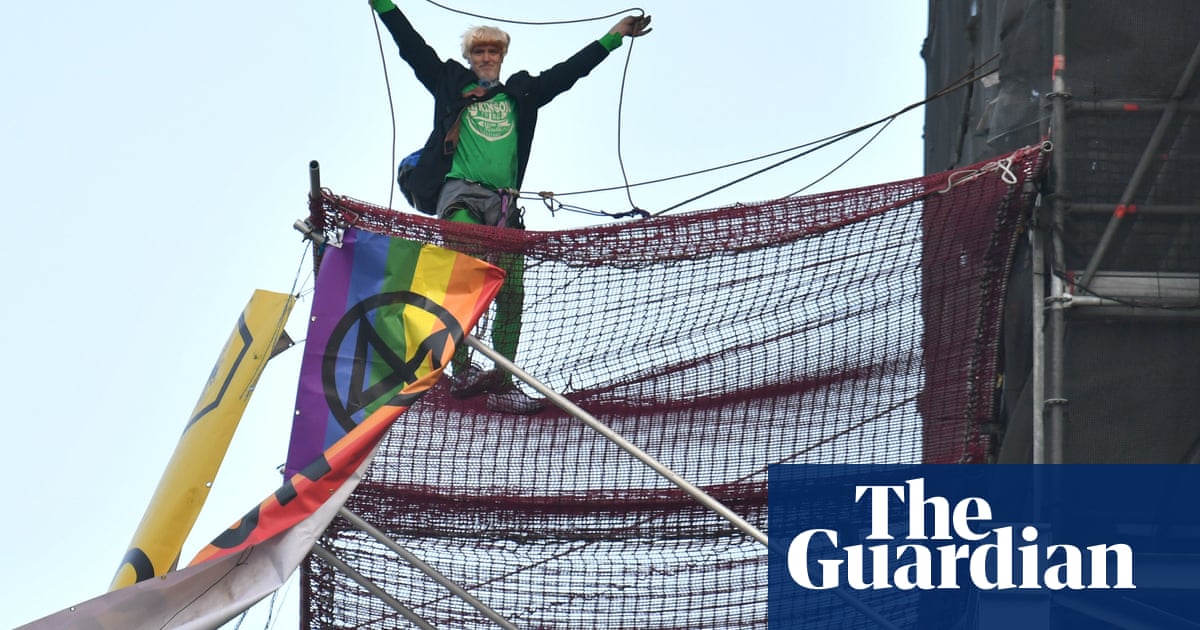 An Extinction Rebellion protester has unfurled banners halfway up Big Ben after climbing scaffolding around the Westminster clock tower, as part of the final protests of the group’s “October rebellion”.

The organization said the climber – who made his ascent “free solo”, or without ropes – was Ben Atkinson, a 43 – year-old tree surgeon. Wearing a jacket and tie, and what appeared to be a Boris Johnson-type wig, he was first spotted on the structure at about 3. 30 PM.

As police closed off entrances to parliament, Atkinson could be seen climbing up the scaffolding, in place fora lengthy refurbishmentof the clock mechanism and the surrounding structure, officially known as the Elizabeth Tower.

He disappeared into the scaffolding, but then emerged on the east side of the structure, facing the main road. There, Atkinson unfurled two large banners, reading: “No pride on a dead planet” and “Citizens Assembly”.

A roar of celebration was audible in Parliament Square as supporters arrived to see Atkinson’s stunt. They then moved off towards Trafalgar Square, where they were to stage a final ceremony to mark the end of theirfortnight of protest.

Police closed the road leading past the clock tower towards Westminster Bridge as they brought in Answers to try and remove Atkinson and shut several entrances to parliament.

In astatement on his Facebook page, Atkinson said: “Gone and done it… Extinction Rebellion. Here to stay. We got the declaration of climate emergency last time. Now perhaps, please Boris, you’re struggling to navigate Brexit let alone work our way out of the sixth mass extinction event. ”

He added: “Oh, and thanks Greta. I heard you calling. ”

A spokesman for XR said Atkinson was climbing the tower to “highlight government inaction on the climate and ecological emergency”.

The protest came after activists blockaded Oxford Circus in central London with a pyramid structure made of wooden poles.

At 9. 30 am a whistle was blown to instruct activists to block the roads leading into the junction, one of London’s busiest, which was the scene ofdays of lively protests by the group in April.

In minutes, activists had erected the structure in the middle of the road, with three climbing on top and more locking themselves on around its base.

The latest action follows 12 days of protests by XR, beginning a week last Monday, which have so far led to more than 1, 700 arrests.

Greg Frey, 23, from London, who was locked to the base of the structure with a bicycle lock around his neck, said: “We would love to go home. I would love to have not spent the last 13 days on the streets, but we have no choice. We’re trapped. ”

At noon, supporters gathered at Whitehall Gardens for a “red-handed” march through Westminster, in a nod to the section 14 order that remains in place banning their environmental protests across London. Police attempted to intercept activists as they circulated the crowd using red spray chalk to paint handprints on the floor. 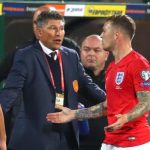 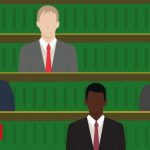