Extinction Rebellion’s co-founder, Roger Hallam, has caused outrage after telling a German publication that the Holocaust was “just another f *** ery in human history”.

In an interview with Die Zeit, the 53 – year-old appeared to downplay the genocide of six million Jews by Nazi Germany and claimed Germans’ attitude towards the massacre was holding them back.

He said: “The extremity of a trauma can create a paralysis in actually learning the lessons from it.

” The fact of the matter is, millions of people have been killed in vicious circumstances on a regular basis throughout history “.

Hallam mentioned other mass killings during the last 500 years, including the Belgians’ slaughter in the Congo, adding: “They went to the Congo in the late 19 th century and decimated it. “

He suggested that because other genocides had repeatedly taken place over the centuries, the Holocaust could be considered “almost a normal event”.

His comments have been heavily criticized, with Germany’s foreign minister, Heiko Mass, among those condemning them.

In a post on Twitter, he said: “The Holocaust is more than millions dead and cruel torture methods.

” To assassinate and destroy Jews industrially is uniquely inhumane. We always have to be aware of that, to make sure: never again! “

Extinction Rebellion’s German branch has condemned Mr Hallam’s comments and said he was” no longer welcome “in Germany.

In a post on Twitter, it said: “We explicitly distant ourselves from Roger Hallam’s belittling and relativising statements about the Holocaust.

” In so doing he contravenes the principles of XR , which does not tolerate antisemitism, and he is no longer welcome in XR Germany. “

In a statement, the group said: “Jewish people and many others are deeply wounded by the comments today.

“We stand by restorative outcomes as preferable, although in some cases exclusion is necessary.

“Our 6th Principle states: ‘We welcome everyone and every part of everyone working actively to create safer and more accessible spaces’. Our movement must be safe for Jews as well as all other minorities, marginalised peoples, and religious groups .

“We stand in solidarity with XR Germany, with Jewish communities, and with all those affected by the Holocaust, both in the past and in our times”.

Mr Hallam’s comments have also led to German publisher Ullstein announcing it would no longer publish his book, due to be released on Tuesday.

In a tweet, it said: “The Ullstein publishing house dissociates itself in form from current remarks of Roger Hallam.

“For this reason, his book ‘Common Sense’, originally announced for the 26. 11. 2019, will not appear. The delivery of the book was stopped with immediate effect “.

Mr Hallam claimed his comments had been taken out of context, with The Guardian quoting him as saying: “I want to fully acknowledge the unimaginable suffering caused by the Nazi Holocaust that led to all of Europe saying ‘never again’.

“But it is happening again, on a far greater scale and in plain sight. The global north is pumping lethal levels of CO2 into the atmosphere and simultaneously erecting ever greater barriers to immigration, turning whole regions of the world into death zones. That is the grim reality. “

” We are allowing our governments to willingly, and in full knowledge of the science, engage in genocide of our young people and those in the global south by refusing to take emergency action to reduce carbon emissions, “he added. 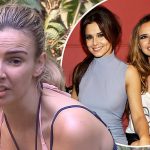