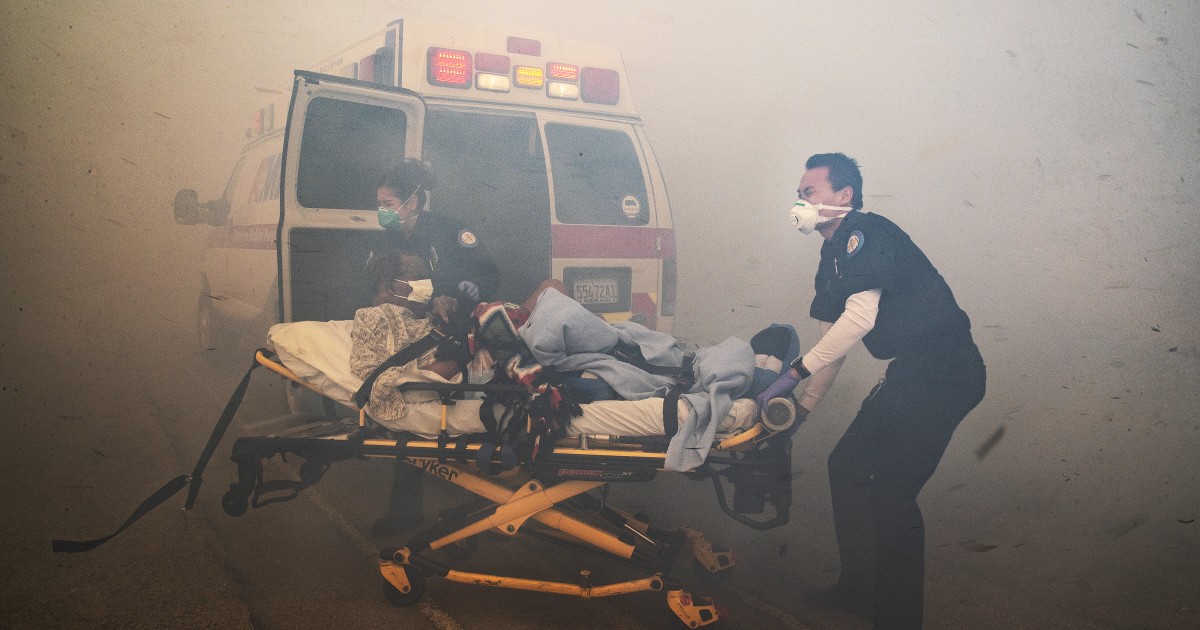 The cycle of fire began Wednesday morning when flames surrounded the library and museum in Simi Valley and stalked nearby neighborhoods as it swiftly scorched hundreds of acres in Ventura County. As the day wore on and the winds howled, more than a dozen other smaller fires erupted in communities including Riverside, Santa Clarita, Brea, Whittier, Lancaster, Calabasas, Long Beach, Nuevo and Jurupa Valley.

The outlook was brighter in Northern California, where thousands of evacuees began to return home as firefighters started to gain the upper hand on the wine country blaze that has scorched more than 76, 000 acres and burned dozens of homes.

The biggest battle Wednesday was in Ventura County, where 800 firefighters trying to control the wind-whipped fire surrounding the presidential library were stymied by intense gusts that sent embers flying far beyond the body of the blaze. Helicopters repeatedly dropped loads of water around the Reagan complex, which is perched atop a hill blanketed in dense brush, amid 60 – mph winds that were strong enough to knock a person off balance.

The Easy fire began near Easy Street and Madera Road in Simi Valley shortly after 6 a.m. and bounded toward the library, a repository of records and artifacts from the Reagan administration, officials said.

“Unfortunately it was about the worst time it could happen – 40 – mile-an-hour sustained winds and fuels that were ripe and ready to carry fire, ”said Ventura County Fire Chief Mark Lorenzen.

(Though flames surrounded the 125, 000 – square-foot center for several hours, the library was

The blaze, which had chewed through 1, 400 acres of brush as of Wednesday afternoon, burned at least one home on Tierra Rejada Road and threatened an additional 7, 000 in parts of Simi Valley, Thousand Oaks and Moorpark.

Southern California Edison confirmed Wednesday evening that the fire broke out in its service territory near one of its sub-transmission lines, which was not de-energized at the time of ignition. The exact cause of the fire remains unknown.

The utility has notified the California Public Utilities Commission that there was activity on the sub-transmission line around the reported time of the fire, spokesman Robert Villegas said.

Rory Kaplan, who has lived just south of the library for nearly two decades, fled among an exodus of neighbors Wednesday morning. About 26, 000 people were evacuated because of the Easy fire, officials said.

“One thing is sure,” Kaplan said. “They aren’t going to let Reagan’s library burn – and that protects us.”

For many in the state, evacuating their homes has become a familiar routine as wildfires threaten the same suburban neighborhoods yearly. That is particularly true in Ventura County, where the Woolsey fire was sparked last November and where, the year before, the Thomas firegrew to become the largest fire in state historyat the time.

Kris Mae, 69, hunkered down at an evacuation center in Thousand Oaks on Wednesday after leaving her home a few miles from the library. Her car had been packed for a month, with several suitcases, boxes of important files and a fire safe – just in case.

“It’s too hard to pack and unpack over and over,”

Though California has experienced multiple deadly blazes in the last few years, weather officials warned that this week could lend itself to conditions that are even worse.

Abnormally strong winds that began Tuesday night are expected to continue through Thursday and could reach up to 80 mph in mountain areas. Such wind conditions, which weather officials deemed “extreme red-flag” danger, have not been seen since 2007, when they helped unleash the sixth-most destructive fire in California history.

Ernie Muro, 73, walked his Chihuahua mix Lulu through his lush yard Wednesday afternoon in Simi Valley’s Wood Ranch neighborhood, preparing to leave when the time came. As he stood outside, helicopters repeatedly dropped water near the avocado orchard next to his house.

This isn’t the first time he has seen fire from his home, he said.

“We’ve had them all around us before,” Muro said. “This time of year is nerve-racking.”

By midday Wednesday, Southern California was facing peak fire weather, with winds of up to 78 mph at Boney Peak in the Santa Monica Mountains in Ventura County, while relative humidity fell to rock bottom, clocking in at zero at Mt. Wilson in the San Gabriel Mountains and peaks in the Santa Ynez Mountains and the Los Padres National Forest, Phillips said.

The air was exceedingly dry throughout Ventura County. Relative humidity was 8% at Sinaloa Lake and 7% in Moorpark. With the winds, that could be a dangerous combination, experts said.

“The magnitude of the wind gusts really is going to be a concern,” said Daniel Swain, climate scientist with UCLA and the National Center for Atmospheric Research.

The forecast of extreme Santa Ana winds prompted Southern California Edison to say it might shut off power to more than 340, 000 customers in Los Angeles, Ventura, Santa Barbara, San Bernardino and Riverside counties.

The Getty fire, which damaged 12 homes Monday, continued to keep more than 7, 000 people out of their homes in and around Brentwood. As of Wednesday morning, the blaze was 27% contained, but increasing containment any further became challenging because of the powerful winds.

As conditions worsened in Southern California, the weather farther north provided a respite for firefighters who had been battling strong winds.

Firefighters in wine country were able to double the containment of the massive Kincade fire to 30% as of Wednesday morning, according to the California Department of Forestry and Fire Protection. The fire has already burned 76, 825 acres and destroyed nearly 100 homes, officials say.

said Wednesday that it would beginrestoring power to customerswhose electricity was shut off this week in its latest bid to reduce wildfire risk. Crews will inspect utility lines, repair damage and restore power to about 365, 000 customers in its service area, except for Kern County, which is still experiencing strong winds, according to PG&E.

Muro, who was wandering in his yard in Simi Valley, said he and his family would evacuate either when they got notified to do so, or when the fire felt too close.

Muro moved to the neighborhood because it’s quiet – usually – and has views of rolling hillsides and the orchard.

“Why would you want to live anywhere else?” He said as Lulu sat at his feet in the yard, patiently waiting. “It’s beautiful.” 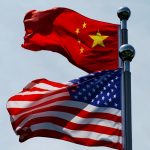 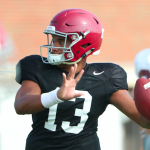