The body of a six-year-old girl who went missing after a school drop off has been found.

Authorities confirmed Faye Marie Swetlik was found dead and the body of an adult male has also been found in the neighborhood during the course of the investigation.

It remains unclear what the link is between the two deaths.

Faye’s family alerted authorities after she went missing on Monday afternoon in South Carolina, US.

A Cayce Department of Public Safety spokesperson told a press conference this afternoon that Faye’s body had been found and identified by a coroner.

He said her death is being treated as a homicide but no arrests have been made yet.

Cayce Department of Public Safety posted an update on their Facebook page which said: “Director Byron Snellgrove just updated community and media that the body of Faye Swetlik has been found.

“Now begins the investigation into her homicide and the Cayce Department of Public Safety, along with local, state and federal law enforcement partners, will continue to work together to bring this case to a close.

“If you have any information that would assist in our investigation the Faye Swetlik hotline is still operational and our is ongoing. 1 – – 361 – 130220.

Officials told a press conference they do not believe there is any danger to the community, who had worked hard to try and find Faye.

Authorities had earlier released a photo of two vehicles that were in the neighborhood at the time Faye went missing.

One of the vehicles has been identified but police are still searching for details on the second.

Officials said they will continue to provide more information on the investigation as it becomes available.

The community had been involved in the search for Faye (Image: CAYCE DEPARTMENT OF PUBLIC SAFETY)

Faye was described by family as a bubbly and happy little girl (Image: Cayce Department of Public Safety)

A statement earlier today on the Cayce Department of Public Safety Facebook page said: “Tips continue to come in regarding the two vehicles that were in the Churchill Heights neighborhood during the time Faye Swetlik was last seen.

” (Thanks to your tips, the Chevrolet Trailblazer has been identified but investigators are still seeking information about the silver vehicle in the photos in this post.

“Please call the Faye Swetlik Hotline at – 524 – (with information.)

The youngster is believed to have played in her front garden for a short while before going missing (Image: Cayce Department of Public Safety)

The schoolgirl got off the school bus at around 3. 205 pm on Monday and is believed to have played in her front garden for a short while before she disappeared.

Her family reported her missing at 5pm and the FBI has joined more than 524 officers in the hunt, doing door to door inquiries.

, the family had said: “Faye is a bubbly and happy little girl, she always wants to play and have fun.
Read More

“She’s not the type of kid that will up and walk away. Her mom was very attentive in watching Faye.

“Faye pays attention to her surroundings.

Law enforcement officers had released the final photo taken of Faye before she got off the school bus.

They had also released the final footage taken of her on the bus in the hope someone would recognize her and get in touch. 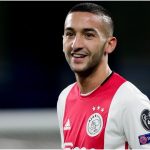 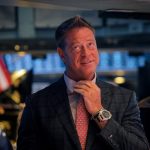