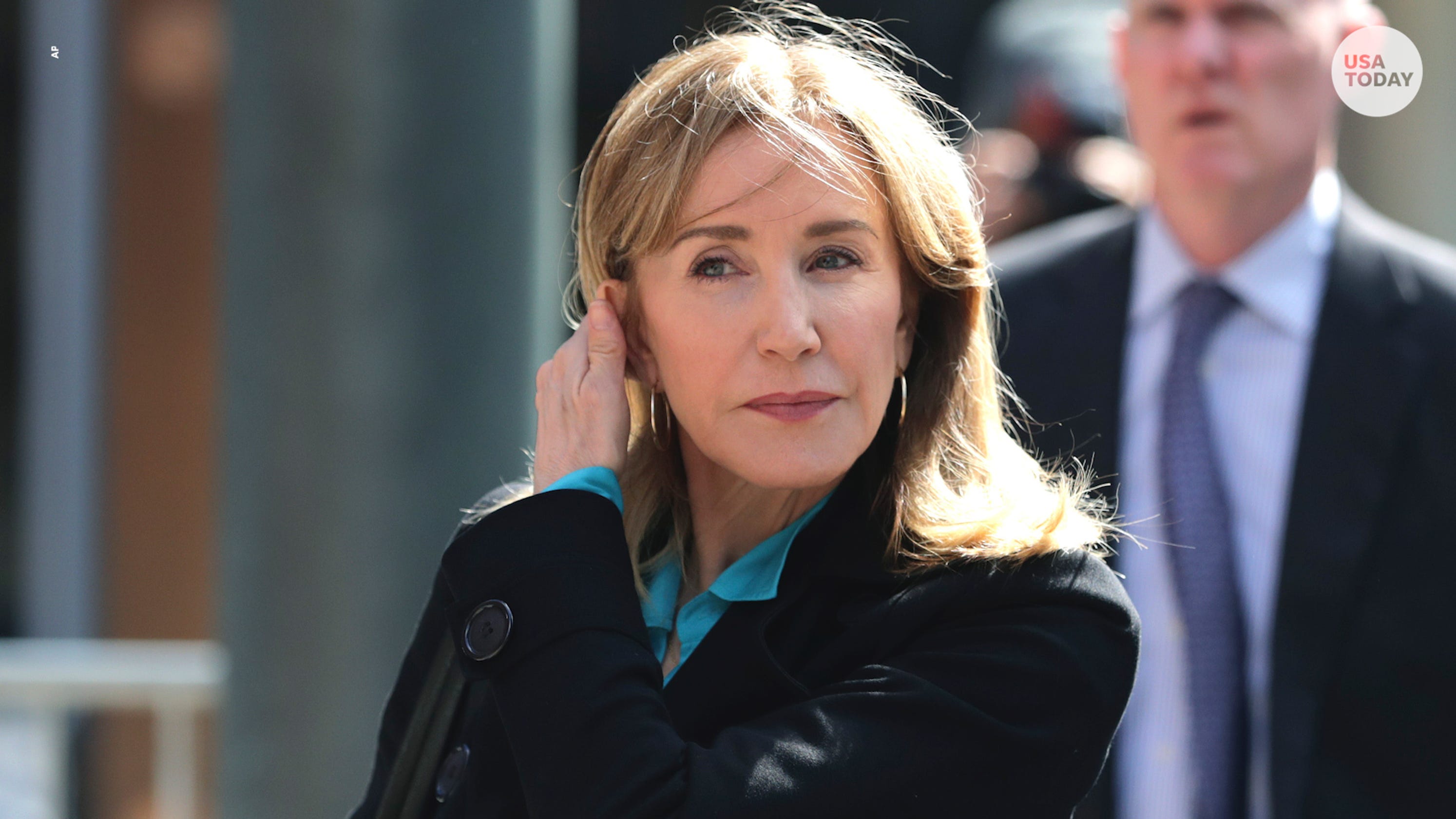 BOSTON – Felicity Huffman’s attorneys have asked a judge to sentence the actress to probation and “significant community service” – not prison – for admitting to paying $ 15, 000 to have her oldest daughter’s SAT exam answers corrected to artificially boost the score.

The request came late Friday in a star-studded 161 – page sentencing memo filed in Boston federal court that included deeply personal letters from Huffman and 27 others vouching fo r her character. Among those who wrote letters on her behalf were her actor husband William H. Macy, other family members and Eva Longoria, a onetime co-star with Huffman on “Desperate Housewives.”

Separately, federal prosecutors are now recommending Huffman serve a month in prison, down from the four months they sought earlier.

Huffman, 56, is set next week to be the first parent sentenced in the national college admission scandal . Prosecutors also recommended 12 months of supervised release and a fine of $ 20, (for the actress.)

Each of the letters submitted by Huffman’s attorney, Martin Murphy, is addressed to US District Judge Indira Talwani, who is presiding over the case. Huffman casts herself as a mother who struggled with a dilemma to help her daughter.

“Please, let me be very clear; I know there is no justification for what I have done, “Huffman’s letter said. “Yes, there is a bigger picture, but ultimately it doesn’t matter because I could have said ‘No,’ to cheating on the SAT scores. I unequivocally take responsibility for my actions and will respectfully accept whatever punishment the court deems appropriate. “

Felicity Huffman to kick off sentencing of parents in college admissions case: Will judge ‘send a message?’

The Justice Department outlined its recommendation in a sentencing memo also filed Friday that argues Huffman’s actions were driven by “by a sense of entitlement, or at least moral cluelessness.”

A tearful Huffman pleaded guilty in May to conspiracy to commit mail fraud and honest services mail fraud for participating in the national college cheating scheme orchest rated by Rick Singer, a college consultant. Singer has pleaded guilty to four felonies for accepting payments from wealthy parents to either get their children tagged as athletic recruits to get them into college or cheat to improve their ACT or SAT scores.

Fifty-one people have been charged in the so-called “Varsity Blues” scandal and 23 of them, including Huffman, have pleaded guilty.

Huffman: I feared of being ‘bad mother’ for not doing scheme

In her letter to the judge, Huffman said she “didn’t go shopping for a college counselor to find out how to rig a SAT score.” Rather, she hired a counselor for guidance on how to apply to colleges for her daughter, who has learning disabilities. She said Singer came recommended.

Huffman said she worked with Singer “legitimately” for a year and engaged him for her second daughter as well. She said Singer relayed that her oldest daughter’s math scores on the SAT were too low and none of the schools she was interested in would accept her unless they were higher.

She said she didn’t want math to be the “deciding factor” for the admissions of her daughter, who Huffman said wanted to major in an unrelated subject – theater. When Singer told her about the cheating scheme, she said she was “shocked” to learn about it and couldn’t make her mind up for six weeks.

“As warped as this sounds now, I honestly began to feel that maybe I would be a bad mother if I didn’t do what Mr. Singer was suggesting,” Huffman said.

She continued: “In my desperation to be a good mother I talked myself into believing that all I was doing was giving my daughter a fair shot.I see the irony of that statement now because what I have done is the opposite of fair.I have broken the law, deceived the education community, betrayed my daughter and failed my family.

“When my daughter looked at me and asked with tears streaming down her face, ‘Why didn’t you believe in me? Why didn’t you think I could do it on my own? ‘ I had no adequate answer for her. I could only say, ‘I am sorry.’

Macy, in his letter, said the couple from the beginning worried about raising their daughters in Hollywood and have worked to keep them away from being photographed by the press. She praised Huffman as a mother and said his wife has an “amazing ability to ‘see’ our kids. ‘”

“But motherhood, from the very beginning, frightened Felicity and she has not carried being a mom easily. She’s struggled to find the balance between what the experts say, and her common sense.”

Macy said the school their daughter ultimately picked ironically didn’t even require the SAT. He said two days after FBI agents entered their home in March to arrest Huffman, their daughter flew to the campus. But she found out that her audition had been withdrawn.

Macy said his daughter is “slowly regaining her equilibrium and getting on with her life. She still doesn’t like to sleep alone and has nightmares from the FBI agents waking her that morning with guns drawn. “

Macy said his wife has “borne the brunt of this,” adding that she rarely leaves the house anymore because paparazzi finds her every time. He said the “hurt and anger will take years to work through, but we are making progress.”

He signed off by saying, “Every good thing in my life is because of Felicity Huffman.”

Longoria wrote that Huffman was the first to take her under her wing as an actress, commending her “gentle character and kind heart.”

“She always leads with her heart and always puts other first. This is why I still call her my friend today and always will.”

At the time of her plea, prosecutors recommended four months in prison.In now seeking one month – the low-end of sentencing guidelines – prosecutors pointed to an earlier disagreement with Huffman over the amount of bribe money she paid. After they said she acknowledged the agreed-upon payment to be $ 15, 000, the government reduced its recommended sentence.

“Huffman’s conduct was deliberate and manifestly criminal: it was wrong, she knew it was wrong, and she actively participated in manipulating her daughter’s guidance counselor, the testing services and the schools to which her daughter applied, “said the memo, signed by US Attorney Andrew Lelling and assistant US attorneys.

Through Singer’s scheme, Huffman’s daughter received a 1420 on her SAT after Mark Riddell, a counselor at a private high school in Florida, secretly corrected answers on her exam at a testing center in Los Angles. It marked a 400 – point improvement from when the girl took the PSAT one year earlier without Riddell.

Huffman’s daughter received extended time to take the exam in December 2017 – a common practice among Singer’s clients to help carry out the cheating. Huffman said the additional time was the result of her daughter’s therapy with a neuropsychiatrist.

Judge to take up key question on sentences

Prosecutors highlighted one email Huffman sent to Singer in which she wrote ““ Ruh Ro! ” after learning her daughter’s high school still planned to provide its own SAT proctor after being extended time.

“Her efforts weren ‘t driven by need or desperation, but by a sense of entitlement, or at least moral cluelessness, facilitated by wealth and insularity, “the government memo said. “Millions of parents send their kids to college every year. All of them care as much as she does about their children’s fortunes. But they don’t buy fake SAT scores and joke about it (“ Ruh Ro! ”) Along the way. “

Before Huffman’s hearing next Friday, Talwani will face take up an issue that could decide the severity of sentences for other parents *** in the college admissions scandal.

The judge will consider whether to listen to probation officers, who identified no financial losses to any victim in the case, which could mean lighter sentences for many parents.

Lelling, in a memo filed this week, objected and have requested Talwani to not confer with the probation department in the admissions case. Prosecutors have also recommended that sentences now be based on the statute for commercial bribery crimes as opposed to fraud, which plea agreements had previously been based on.

What the judge decides is not likely to affect Huffman’s sentence because her case would fall under the lowest sentencing guidelines regardless. 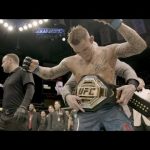