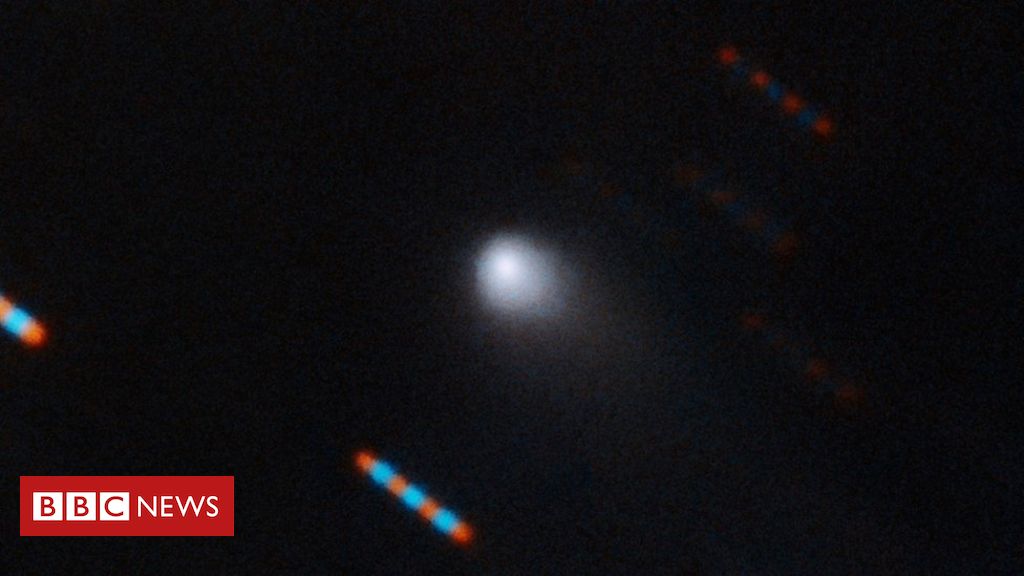 Astronomers are gathering measurements on a presumed interstellar comet, providing clues about its chemical composition.

The object, C / 2019 Q4 (Borisov), is only the second interstellar object ever identified, after ‘Oumuamua, which was spotted in 2017.

Telescopes across the world are being trained on the object.

Early results suggest its make-up might not differ that much from comets in our cosmic neighborhood.

One expert told the BBC that the object was about to become one of the most famous comets in history.

The team used the Osiris instrument at the

By studying these spectra, scientists can draw conclusions about its chemical composition, including how it might differ from comets that were “born” around the Sun.

“The spectrum is the red side of the comet’s total spectrum, so the only thing we can see in the spectrum is the slope,” said Miquel Serra Ricart, from the Instituto de Astrofísica de Canarias (IAC) in Tenerife.

“This inclination is similar to Solar System comets.”

Astronomer Julia de León, also from the IAC, said this indicated that Borisov’s “composition must be similar” to comets in our neighborhood.

Has another interstellar visitor been found?

In coming days, the team will obtain measurements of the “blue” part of the comet’s spectrum. These are expected to be more informative as regards its composition. They could reveal whether it contains organic (carbon-based) molecules, such as cyanide (CN) – seen in Solar System comets.

So while the data so far suggests that Borisov resembles objects found close to home, the scientists could yet see interesting deviations when they analyze upcoming data.

Some researchers think that comets could have seeded the early Earth with these organic molecules, potentially playing a role in the origins of life. If they’re found on a comet from another star system, it could have profound implications for the potential for life on exoplanets.

“For us it would be better if the spectrum is different,” Dr Ricart told BBC News. But he said a composition similar to Solar System comets “would also be an important conclusion”.

He said: “It would mean that in other sites of our galaxy, the processes and conditions are similar to those in our Solar System. “

This might raise the possibility that life as we know it has a chance of arising in other parts of the cosmos.

Comets are made of ice and dust, “dirty snowballs” formed in the outermost regions of a protoplanetary disk – the mass of gas and dust circling a young star. Here, water is frozen because it is so far away from the central star.

C / 2019 Q4 was discovered on 30 August by an amateur astronomer, Gennady Borisov, working from the Crimean Astrophysical Observatory in Bakhchysarai .

The comet has a highly “eccentric” orbit – one that diverges from that of a perfect circle. Measurements of its arc suggest its orbit cannot be bound to the Sun.

The huge orbital eccentricity of 3.2 (the objects in our Solar System such as planets, asteroids and comets have values ​​between 1 and 0) and excess speed of 30 km / s all point to its origin around another star.

“This is going to become known as one of the most famous comets in astronomical history,” Prof Alan Fitzsimmons, from Queen’s University Belfast,told the BBC’s Science in Action program.

” We’ve got an object out there that’s throwing out material that formed around another star in another part of our galaxy.

Dr Simon Porter from the Southwest Research Institute in San Antonio, Texas, told Science in Action:” ‘ Oumuamua never showed any cometary activity; there was no outgassing as far as we could detect – and a lot of people looked. This one is outgassing like crazy and it’s bright. “

Outgassing occurs as comets start to warm up in proximity to a star and release gases.

“We’re going to get wonderful spectra from this object and figure out what it’s made out of, which we couldn’t do with ‘Oumuamua.”

Prof Fitzsimmon s commented: “This one’s going to be around for a year. We’re just beside ourselves with what we’re going to see and measure in it. “

At the weekend, the Gemini North Telescope on Hawaii’s Maunakea peak captured a multi-color image of Borisov. The picture shows the object’s pronounced tail – a result of outgassing.

In a paper published on the Arxiv.org pre-print server, the team behind the observations point out that the comet’s overall color is consistent with long-period comets in the Solar System.

Another team hasposted a paper to the Arxivthat examines the feasibility of sending a spacecraft to rendezvous with the interstellar comet. They found that, with a launch in 2030 using Nasa’s Space Launch System rocket, a probe could reach Borisov in 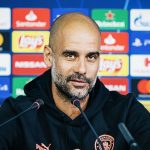 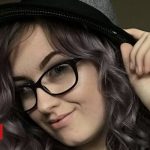