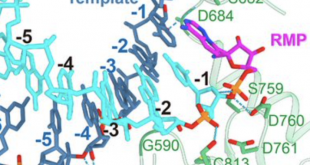 
Right ahead of a crucial debate in the Rajya Sabha on the citizenship bill, the Shiv Sena on Wednesday stepped up its attack on the ruling Bharatiya Janata Party and accused the government of trying to divide people along religious lines.

The Sena also delivered a sharp rebuttal to Prime Minister Narendra Modi who told a meeting of BJP lawmakers earlier in the day that some opposition parties were speaking the same language as Pakistan.

“This country has a language of its own and the patriotic people of this country don’t need to go to anyone’s school. We have also gone through a lot, ”Shiv Sena leader and Rajya Sabha MP Sanjay Raut told reporters.

The Sena, which has formed the government in Maharashtra along with the Congress and the Nationalist Congress Party, had voted in favor of the citizenship bill in the Lok Sabha. But after leaders from its two coalition partners expressed some discomfort about the Sena’s stand, the party boss and chief minister Uddhav Thackeray indicated a review.

Yesterday, Thackeray told reporters that his party will not back the bill in the Rajya Sabha unless the government gives “clarity” on questions the party has raised in the Lok Sabha. The Sena demands that the bill should be extended to cover Tamil refugees from Sri Lanka and insisted that people who become citizens under this law should not get voting rights for 25 years.

The two suggestions have not been accepted by the government.

The Sena. However, hasn’t indicated if it would vote against the bill that fast-tracks citizenship for non-Muslim refugees from Pakistan, Bangladesh and Afghanistan or will abstain from voting.

Sanjay Raut did end the suspense either.

“It will be different (from what it was in the Lok Sabha. I can’t say now what it will translate into,” Raut said.

Raut said all that he could say was the government will have to respond to their queries on the Citizenship (Amendment) Bill, before they can expect support from his party.

Raut also asked the government not to use for vote bank politics.

The Sena has three MPs in the Upper house of the Parliament.

The Sena leader also slammed the central government over the bill and said that the government is trying to create a divide between Hindus and Muslims.

“Lok Sabha numbers are different, the situation in the Rajya Sabha is different. The government has to reply to our queries. Vote b ank politics should not be played, its not correct. Don’t attempt to create a Hindu-Muslim divide again. Also there is nothing in this bill for Tamil Hindus of Sri Lanka, ”Raut said. 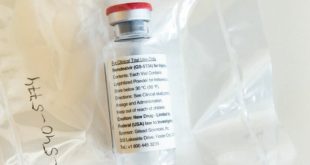