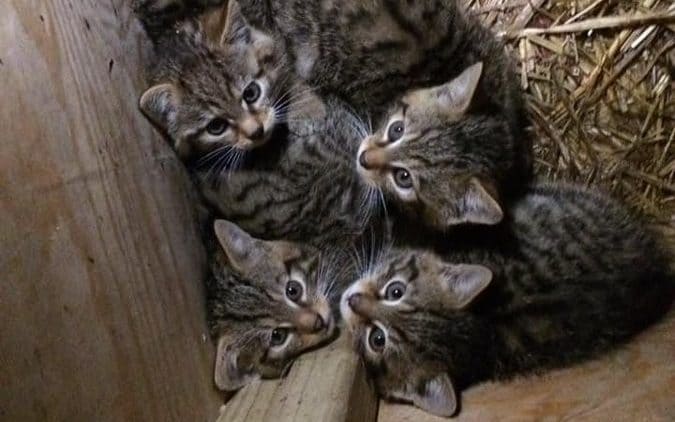 The first wildcat kittens in a new project to protect the species will be released in England for the first time in 150 Years.

While the wildcat was once abundant across England and Wales, persecution by gamekeepers and interbreeding with feral domestic cats meant the animal has not been seen in the wild in more than a century.

A small population of a few dozen remains in Scotland, but the animal is at risk of extinction, and according to the UK’s biggest conservation charities, it is one of the creatures most at risk.

Now, one conservationist has started his own breeding program in Devon after obtaining some wildcats from a zoo.

He wrote: “Wildcat kittens bred this year have just been vaccinated and are looking well. 3 males 1 female. The captive population is essentially all that now remains.

“Is make or break time for the species in the UK. This breeding group needs to grow fast now to provide any kind of future”.

As well as wildcats, he has bred beavers for wildlife trusts to keep in fenced areas, and water voles to be released into the wild.

His aim is to have a population large enough to breed 150 wildcat kittens every year, but for now he has four, which he hopes to release into the wild when they become adults.

His project is part-funded by Ben Goldsmith, an environmentalist and the brother of Defra minister Zac Goldsmith. It is also funded by the Vincent Wildlife Trust, which was responsible for the successful pine marten reintroduction earlier this year.

Ben Goldsmith told The Telegraph: “The British reputation for loving wildlife belies the fact that we have been more successful at eradicating our own than almost any other country on Earth. However a new movement for piecing back together our fragmented natural heritage is growing up around us, with the support of the Government whose own 25 Year Environment Plan calls for the creation of an ambitious national nature recovery network.

“Water voles, pine martens, beavers, wild boar, white-tailed eagles, cranes, great bustards and white storks have all returned to Britain in recent years centuries after we wiped them out.

“Wildcats were once widespread across Britain, but were extinguished from England and Wales by gamekeepers during the nineteenth century. A tiny remnant population managed to cling on in Scotland, somehow. I couldn’t be more excited about this project to breed wildcats in captivity for the purpose of reintroducing them back into the English and Welsh landscape, where they belong “.

Defra is creating a code of best practice for releasing the animals into the wild, but because the wildcat is still found in the wild in Scotland, a license will not be required to release them in England.

A source at the department said the government is “enthusiastic” about the return of the wildcat.

The British wildcat resembles the domesticated animal, but is larger with a wider face and thicker fur. And while next door’s puss might rub up against your leg, the wildcat is wary of humans.

Farmers have raised concerns in the past about the effect of a large wild population of the cats near agricultural areas, but Mr Gow has said he will work with them to make sure these fears are unfounded. )

It is also thought that the cats will serve a purpose in controlling the gray squirrel population. 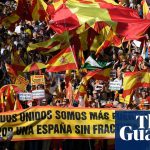 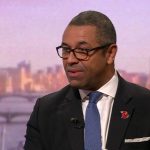