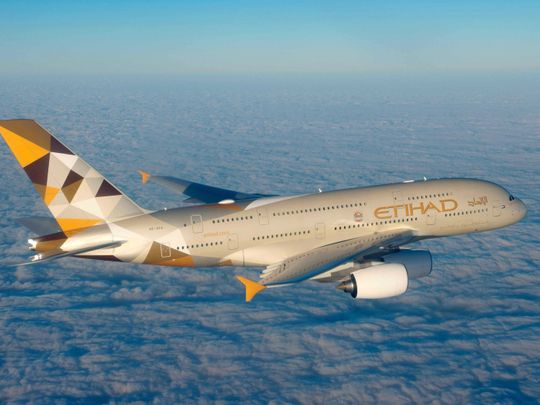 Abu Dhabi: Etihad Airways will waive flight changes for Australian residents affected by the ongoing bushfires in the country.

In a statement released on Monday, the UAE flag carrier said, “In response to the country’s devastating bushfires, Etihad Airways will waive flight change fees for Australian residents affected by this ongoing national emergency.”

“The waivers will apply for travel to or from Australia,” it added.

“Australia is a key and highly valued market in the global network of Etihad Airways, the national airline of the United Arab Emirates, with the three largest cities, Sydney, Melbourne and Brisbane all served daily.

The airline advised UAE-based Australians, or those in Australia seeking changes to their Etihad flights as a result of the fire emergency, to contact Etihad Guest Services.

“In addition to passenger fee waivers, the airline will also work in partnership with Emirates Red Crescent to raise funds within the UAE to help support bushfire relief,” the airline concluded.

Some airlines, including Australia’s national carrier Qantas, have faced disruptions because of the bushfires.

On Sunday, all Qantas flights at Canberra Airport, in Australia’s capital Canberra, had been cancelled. Some other airlines too faced disruptions and a number of flights had to be diverted.

Australia is battling one of its worst spells of bushfires, intensified by record high temperatures and a months-long drought.

At least 24 people have died since the fires began in September and dozens are still missing.

In parts of the country, such as Kangaroo Island near the city of Adelaide in South Australia, the army has sent in supplies, vehicles and personnel. Last week, two people were killed on the island.

Officials fear the crisis could last for months.

More than four million hectares have burned in one area of the country alone, in New South Wales. That’s roughly the size of four million sports fields.