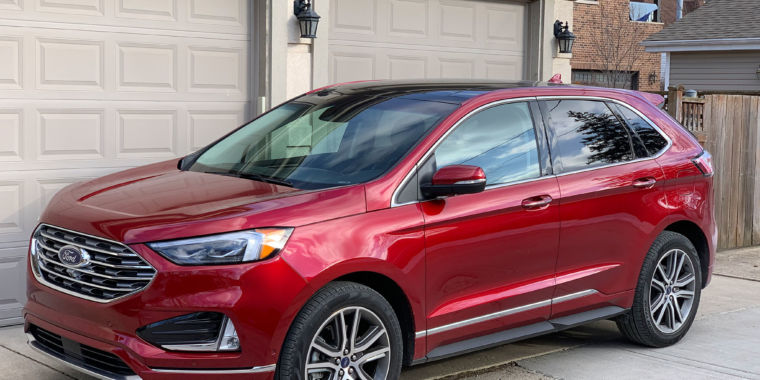 In the unending war for dominance in the auto industry, the fighting has long focused on questions of performance, reliability, comfort, style, and safety. But in the past decade, a new front has opened up: infotainment.

The newest entrant is Ford. Today, the biggest touchscreen you can get in a Ford is the Explorer’s 10 – incher. Most of its cars come with 8-inch offerings. Starting next year, Ford announced Wednesday, some (to be announced) vehicles will come with 12 – and 15 – inch touchscreens — the latter is larger than any iPad — stuck smack in the middle of the dashboard.

Stay in the know with our Transportation newsletter.Sign up here!

The trend toward making car owners feel like they’re at a drive-in theater has been going on for years, best exemplified by Tesla, whose Model 3 sedan has a 15 – inch center screen that controls many functions that used to require buttons . In the smartphone era, people have been trained to expectscreens that are not just bigbut regularly updated and easy to use. (Bringing a bazooka to this knife fight is Chinese electric-car startup Byton, whoseM-Byte SUVwill comewith a four-foot screen.)

“We know the benchmark is cellphones,” says Gary Jablonski, the chief engineer who runs Ford’s infotainment efforts. That’s why, along with screens that stretch farther, Ford is also launching Sync 4. The latest generation of its infotainment system will offer the kinds of features you’ve come to expect from the computer in your pocket. The cloud-connected navigation system will liberate users from constrained libraries of points of interest, allowing them to search the map for things like their doctor’s office. Traffic data will be more detailed and up to date.

The bigger screens will allow Ford to show multiple applications (like navigation, phone, and radio) simultaneously, and to automatically configure their arrangement based on which apps the driver uses most frequently. As for the question of screens distracting drivers from the roads, Jablonski says a bigger display can actually help by saving drivers from fiddling with the thing if it’s showing the radio and they need to see directions.

While the system’s female-sounding voice assistant doesn’t have a name, Ford will let drivers summon it with a phrase like “OK, Ford;” Jablonski says his team is still workshopping options. You can still use the old-fashioned button to trigger the voice recognition system, but people have grown accustomed to verbally summoning their digital helpers. “We think that’ll be the expectation in the car as well,” Jablonski says. Ford will continue to support Android Auto and Apple Carplay (now via wireless connection), and models with Amazon’s Alexa will keep her around.

To go with these upgrades, Ford is introducing over-the-air software updates . It may not use the capability to make its cars drive themselves, as Tesla has, but the ability to update the Sync system or adjust vehicle settings without dragging a customer into a dealership is a good tool to have. People are holding on to their cars for longer than they used to, says John Vangelov, Ford’s embedded modem features lead. “This lets them keep their in-car tech fresh.”

These changes are built on a new electrical architecture that offers twice the processing power of the outgoing system, Jablonski says. And because the screen and tech wars are nowhere near a peace treaty, he made sure to leave some reserve compute to power the features of the future.

Ford hasn’t disclosed which models the screens and systems will debut on or how quickly they’ll make their way across the lineup. But for an automaker that put Sync onto 30 million cars in 10 years, don’t expect it to take too long.