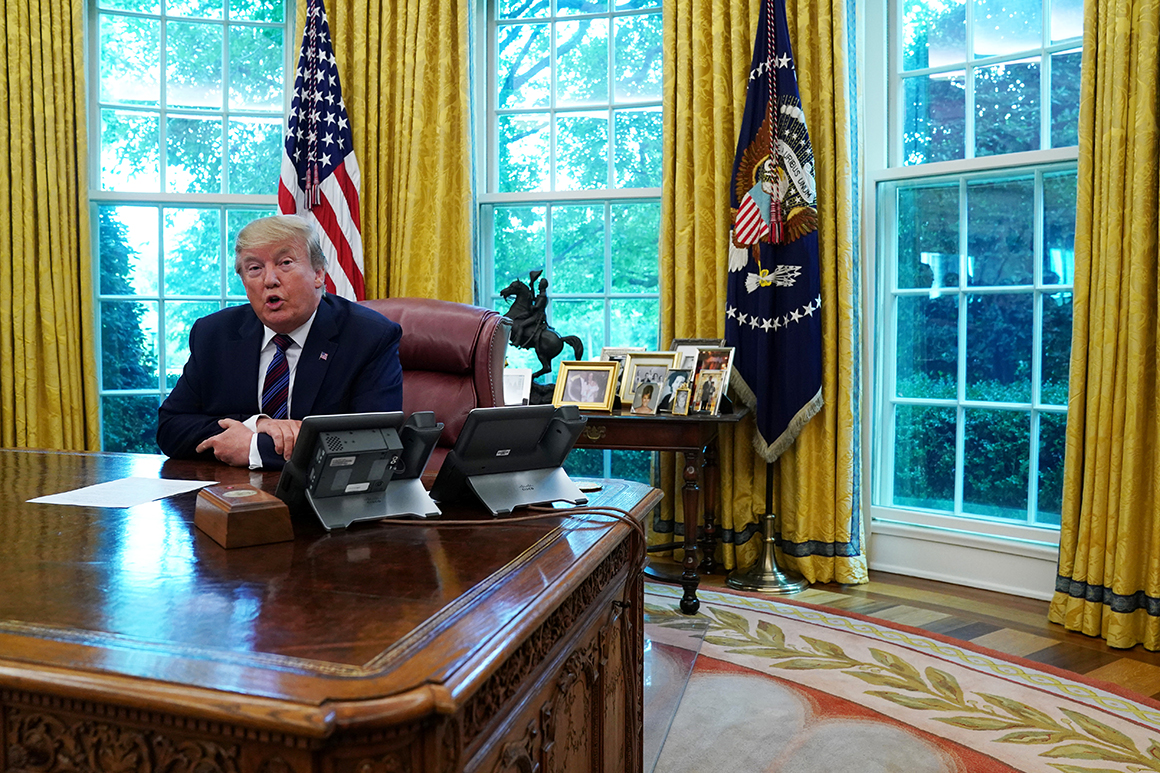 In his earliest days in the White House, President Donald Trump was especially proud to show off the Oval’s Resolute Desk – a prop he still uses for photo ops and official visitors. | Alex Wong / Getty Images

The Oval Office is the traditional epicenter of power for American presidents, but a new one is emerging that’s more exclusive, more secluded and more convenient.

President Donald Trump is increasingly morphing the White House residence into a second Oval. It’s become the place where Trump feels most productive, where he avoids meddling by his staff and where he speed-dials his network of confidantes, GOP lawmakers and TV pundits.

The residence was where Trump made the infamous July 25 phone call to the Ukrainian president that’s now at the center of impeachment proceedings. It’s where Trump often meets his personal attorneys to plot legal strategy or campaign advisers to shape 2020 campaign moves. And last week it became the location for a Trump meeting that’s as official as any, hosting Federal Reserve chair Jerome Powell – the target of countless Trump twitter attacks – along with Treasury Secretary Steven Mnuchin for a Monday morning discussion of monetary policy.

Maintaining a sanctuary to work and think has taken on greater importance for the president as he increasingly feels under siege by the Democratic impeachment inquiry. Frustrated by the whistleblower complaint and a parade of administration officials testifying on Capitol Hill, Trump is as wary as ever of the staffers around him and distrustful of the traditional White House infrastructure. Working from his private quarters gives him space away from what he perceives as prying eyes and guards against his omnipresent fear of leaks to the media.

It also gives Trump a greater sense of control as he faces the dual challenges of impeachment and his reelection, according to interviews with a half dozen current and former senior administration officials.

“The Oval presents itself as historic and it gives off a sense of power, but the residence has a sense of exclusivity,” said a former senior administration official, describing Trump’s affinity for conducting business there. “He works more in the residence because he is not constrained there by staffers knocking on the door.”

People close to the president say his proclivity to retreat to the residence during work hours has built up over the course of his presidency. In his earliest days in the White House, Trump was especiallyproud to show offthe Oval’s Resolute Desk – a prop he still uses for photo ops and official visitors. Over time, Trump increasingly ditched the formal office and inched closer to the residence – the main building of the White House complex between the East and West wings – where the president and his family keep their private quarters on the second floor, a level above the general tours and official events.

Outsiders can only reach Trump there through the telephone, or if he invites them in.

The president sometimes prefers to interview candidates for high-profile positions from his private quarters, so staff and White House journalists cannot monitor comings and goings. Acting White House chief of staff Mick Mulvaney landed his current job during a late Friday afternoon meeting in the private space of the residence.

It’s been a journey for Trump to settle into his own routine of operating in a White House complex that functions as a historic home, a government headquarters and a museum documenting more than two centuries of history.

Early in this presidency, Trump’s staff tried to nudge him out into the city more often for dinners or to attend events, but the plans always fell apart, said one of the former senior administration officials who called Trump a “homebody.”

On the rare occasion where Trump does venture out in Washington, he dines at his hotel or attends a fundraiser. He recently went to a rare Nationals baseball postseason game with a slew of Republican lawmakers. But most days and nights, if Trump is not on the campaign trail or a foreign trip, he happily stays inside hisWhite House bubbleand the residence – working late into the night and very early in the morning.

Trump’s predecessors all used the nation’s most prominent home – which nowfeatures132 rooms and 35 bathrooms across six levels – in their own unique ways.

President Ronald Reagan preferred to read in the evenings in the residence, while President Bill Clinton – like Trump – stayed up late and made calls, said the White House’s former chief usher, Gary Walters, who served in the private residence from presidents Richard Nixon through George W. Bush.

“They did most of their work in the Oval Office and in the West Wing where they had access to their staff, and there was very little done in the residence,” Walters said.

President George H.W. Bush hosted buffet dinners roughly once a month in the residence for Republican lawmakers, journalists, personal friends and acquaintances, with the First Lady Barbara Bush ringing a bell at the start of the evening to instruct the men to remove their ties.

Clinton famously got himself into trouble forgiving access to the Lincoln Bedroomwithin the second-floor residence to well-heeled donors, and he fell into trouble in other ways when he left the residence – such as his sexual indiscretions with White House intern Monica Lewinsky in the West Wing that made him only the second US president to get impeached.

President Barack Obama routinelyreturned to the residenceeach night by early evening for dinners with his family and often worked later into night from the private office in the residence known as theTreaty Room.

The White Houseresidenceoffers its own living room, study and the Yellow Oval Room for grander entertaining – in addition to the bedrooms, kitchen, dining and dressing rooms. Over 90 people work in the White House residence, both serving the president and his family as well as helping to throw hundreds of events each year for visitors.

For Trump, moving to Washington has meant re-calibrating his New York routine, where he also lived and worked in the same Trump Tower building.

Now he tends to go to the Oval Office and adjacent private dining room for five to six hours a day for formal meetings, lunches and ceremonial events, current and former administration officials say. But the bulk of his work in the mornings, late afternoons, evenings and weekends happens in his private quarters where Trump can call staff and advisers as early as 6 a.m. and up to midnight. Sometimes he or one of his aides will summon a senior staffer to the residence for an informal discussion or quick meeting to review a speech.

He also uses it during working hours as a place to watch TV freely, tweet and serve as own his one-man communications director and political strategist. The residence serves like a bunker for his impeachment response and his real-time reaction to testimony, witnesses and public hearings.

Critics of Trump’s reliance on the residence as a place of business argue it can help to obscure official work and visitors. Calls he places or receives from landlines, unless they are following national security protocols, go out through the White House operator; only Trump and the operator generally know exactly who he has talked to in the last 24 hours. Trump also has long been known torely on his cellphonefor calls, avoiding the White House staff .

The White House press office did not respond to a request for comment.

A third former senior administration official insisted Trump’s heavy use of the residence was “not an attempt on the president’s part to hide things. He is a workaholic, so he wakes up early and works out of the residence. It’s just the way his internal work clock has been for decades, ”the official said.

Trump also loves to open up parts of the private residence to special guests, personally taking them on tours of the Lincoln Bedroom where he’ll show off a copy of the Gettysburg Address. It’s a party trick he deployed in an attempt to wow German Chancellor Angela Merkel and a move he uses with a wide array of other White House visitors.

Once, Trump invited all the attendees at a September 2017 dinner for the White House Historical Association up to the second floor and ushered them into the Lincoln Bedroom. 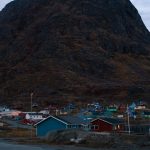