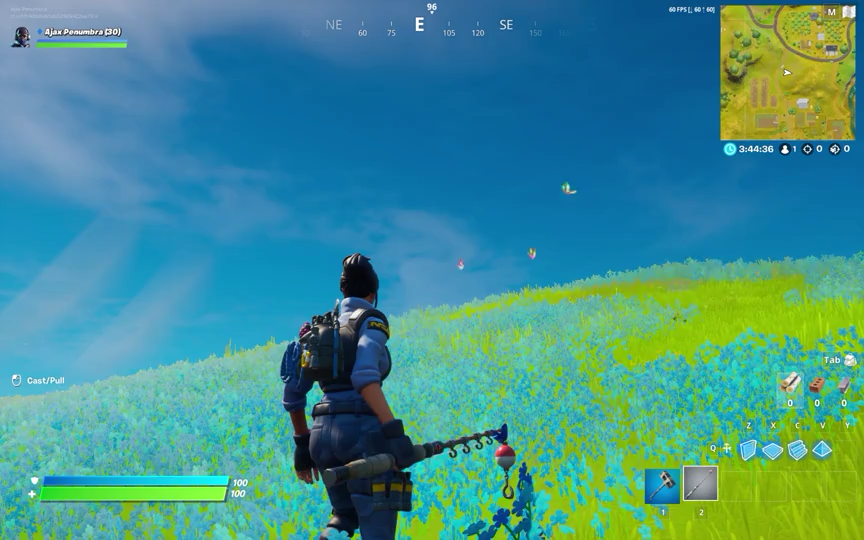 They rebooted the world.

Fortnite is, at its current level of ubiquity, more than a video game; it’s also a social space, a spigot of culture, and a premonition of things to come. Recently, Fortnite’s producers did something unexpected, and while it’s perhaps annoying to point to the literal biggest thing in media and say “hmm, this is interesting!”… It’s actually very interesting.

Come along with me.

If you don’t play the game (or benefit from the detailed narration of someone who does) you might not know that it proceeds in seasons, each one involving a significant change to its environment. On Fortnite’s arena island, winter falls, bringing ice and snow; a volcano erupts, making rivers of lava; a meteor hits, leaving a yawning crater. (The players fight on the ice. They fight across the lava. In the crater. There is always fighting.)

If Fortnite’s original island was a plain vanilla cake, these seasonal upgrades have provided the frosting, then the sprinkles, then the candles, then even more frosting, then, hey, is there room for a scoop of ice cream on top of all that? Over the course of a year, it had gotten to be… a bit much.

The producers were aware of this, I think.

Fortnite’s seasons are often capped by a live event inside the game; this is a media format without a name yet. As a player, you’re doing what you normally do — sliding across the ice, dropping into the crater — when suddenly,somethingbegins. From your vantage point — everyone’s is slightly different — you turn and watch.

A previous Fortnite event offereda wrestling matchbetween a giant robot and a mountain-sized monster , kaiju-style, across the island:

The latest event was a long-awaited rocket launch that cracked a hole in the sky. Reality-warping fireworks followed; then, a chain reaction, resulting in a black hole near the island’s center, which did what black holes do. If you were playing Fortnite at that moment, the experience was surreal, as your video game — interface and all — collapsed into the void. On millions of screens around the world, all that remained was a tiny, scintillating wormhole. Nothing else. No game.

It remained that way for nearly two days.

Before we get to what happened next: whatwasthis, exactly? What kind of experience? Fortnite employs full-time writers, but whatever they’re doing isn’t writing in any traditional sense, not even by the mutant standards of video games. They are instead:

(1) providing a colorful cast, who exist less as characters in a screenplay and more as docile “skins” that the players don as they battle; and

(2) sequencing environmental events for players to battle in, and around, and through. I’ll confess that I wish there was more actual writing — as in, lines of dialogue — but it doesn’t matter what the novelist thinks: Fortnite’s approach is clearly captivating. It establishes a confusing, important new genre.

I missed the live rocket launch, but as soon as I heard about it, I logged in to see the wormhole, which rotated stolidly on my screen while a rich rumble played in my headphones. I didn’t know what to expect on the other side; no one did. If Fortnite’s island had reappeared more densely crowded than ever, packed to bursting with new mechanisms for play, I wouldn’t have been surprised.

When the wormhole opened, what emerged did surprise me.

Since the game’s creation, Fortnite’s island has been its great constant: eroded, impacted, and rezoned, yes, but always with the same basic shape, and a profile like a kindergartner’s landscape doodle: every hill and mountain a steep spike. It was a cartoon; that was part of its appeal.

Now, the island has grown up. A few landmarks remain, planted in new locations like scattered seeds, but the terrain is totally different, and it’s the terrain that is the star. The new island’s geography is softer, more natural. Mountains flow into moraine. Hills flatten into meadows. Draws empty into creeks.

In those creeks — there are ponds and lakes, too — you can swim, as well as fish, and it’s here that the soul of the new game shows most clearly. Dropped into a hundred-player melee, danger on every side, is it foolish to pause beside a stream, put aside your weapon, and cast a line? Possibly. But it’s a big island, and sometimes you find yourself alone.

Butterflies dance in the meadows.

Exploring this new chapter, enjoying its quiet beauty, I’ve found myself wondering: does Fortnite even WANT to be a game about fighting anymore?

The old island was overcrowded, overburdened. To me, it felt like the game’s producers had painted themselves into a corner: when each season is aboutmore, themorepiles up, until you’re trapped in a flashing pinball game.

The real world feels overburdened sometimes, too. Maybe you, reading this, recognize the angst of: “How did I get here? How didweget here? ”

Maybe that’s always been the case, and maybe that’s why so many stories hinge on the fantasy of the clean reboot. It is the signature offering of children’s fiction (with its portals to simpler worlds), of comic books (with their reconciliations of conflicting timelines), of mythology (with its neverending cycles of renewal).

I can now report to you that it’s one thing to read or watch a story about a fresh new world; it’s another entirely to experience it firsthand.

The signature moment of a Fortnite match is the initial parachute drop onto the island, affording each player a panoramic view as they decide where to land — where to begin the battle. After the wormhole opened, Fortnite made much of its players ’first drop onto an unknown island, and it was right to do so, because the experience was breathtaking. From the first wash of pixels, it was obvious: this new place was simpler and softer. Wide open. Unburdened. 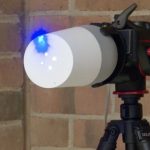