Complete Kali Linux Course – Covered Most Powerful Ethical Hacking Tools To Hack Into The IT System And Secure Them.

This course will also give you some basic skills to implement servers and network systems into your organization. Before performing any attack using Kali Linux we teach to configure server first like web server , dns server , iis server , dhcp server so students can build own lab at home to practice this course and can perform safe attack over the systems.

Penetration tester perform attack same like hacker but difference is that penetration tester attack on own system to find vulnerabilities and secure them and hacker attack over the target to steal information or down the entire IT system.

This course is encourage you to work as ethical hacker or penetration tester to secure your organization.

Features of this course:-

This course is designed for educational purpose only. We are not motivated to you to launch attacks on internet to damage other. We are giving you a tricks that how attackers attack on our network and how we can defend it by attacking on our own computer networks and devices. We are using our own computer network to perform Ethical hacking that we have full permission to launch attack. 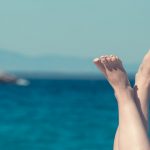