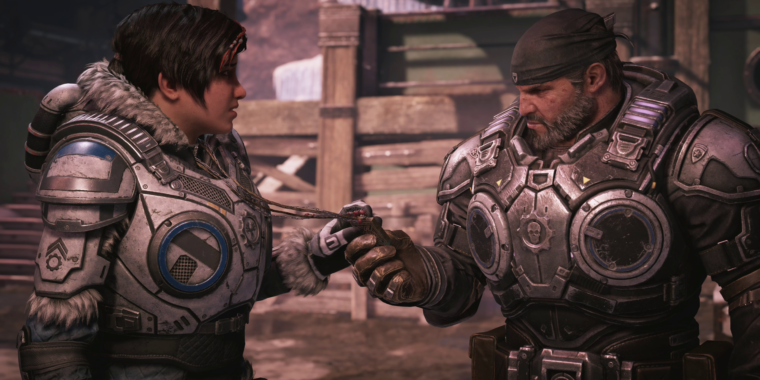 Last month, myfeature-lengthGears 5previewhinged on the game’s sales proposition: that Microsoft has positioned this shooter sequel to be immune to a standard game-review treatment. It’s a living service. It’s a four-in-one entertainment package. It’s a no-brainer add-on for the Xbox faithful.

Those statements are true enough if you already pay for Microsoft’sXbox Game Pass service, which currently costs $ 10 / mo on Xbox consoles, $ 5 / mo on Windows 10, or $ 15 / mo combined. Thanks to a bullish promotional campaign, you can test the subscription service for less.Gears 5lands this week as arguably XGP’s first perfect storm of polish, breadth, and newness, so it’s no surrpise to see the game and the service holding hands, petting each other in public, and whispering into each other’s phones at night: “No,youhang up. “

That’s the good news. If you’re already enjoying an XGP subscription (and some people gotasuper– cheap pathto this),Gears 5has at least onegreatreason for pretty much any gaming fan to dive in. Or if you want to buy into XGP for two months, thenGears 5is a perfectly fine $ 20 (or less) Trojan horse to get the service onto your PC or console.

The bad news, then, is thatGears 5as a standalone game resembles the comfort-food proposition that has become standard on video subscription services. The polish is immense. The feature depth is ridiculous, as if Microsoft dumped a full season of a star-studded TV series in order to bewilder fans with a binge. But where some game series fill their sequels with a cool mix of boundary-pushing risks and familiar delights,Gears 5sees fit to cover an all-too-familiar core with a bunch of tinsel and accoutrements. I have enjoyedGears 5. But everything that makes it a clever XGP add-on seems to simultaneously make it a shoulder-shrug in the “is this worth $ 60 – and -up? ” department.

Gears 5breaks down into a few discrete modes: a plot -driven campaign, which can be played alone or with two friends; an online-versus arena, which includes a hearty variety of newbie-friendly and “hardcore” variants; the “Horde” mode of old, in which friends group up to battle wave after wave of AI monsters; and a new “Escape” mode, which simplifies the Horde PvE formula for better and for worse.

I’ll start with the campaign, which I previously described as a breath of fresh (Gears of War) air when Microsoft served it to the press in a preview platter. Like otherGearsgames, you run around as a soldier, viewed in a third-person perspective, while blasting monsters with military-grade guns and explosives. Ducking-and-covering is still a coreGearstenet, and this means you’re constantly bouncing between spots of chest-high debris (which your character conveniently auto-sticks to) while flanking enemies from opposite angles (and making sure they don’t do the same to you).

I’ve been dreaming of a huge disruption to this formula for years. I still feel strongly that the series would be a blast if it kept all the weapons and controls the same, then added a room-warping grappling hook in order to speed up movement and add more vertical intensity. We didn’t get somethingthatintense inGears 5, but the Skiff is a decent consolation prize.

Though some of the campaign content I encountered was straight-line fare, much of it required boarding and riding the Skiff, a wind-driven ski-boat, across a giant, open world. I saw two open-world zones during my preview time, in the frozen wilds of Act II and the burnt-sand expanses of Act III. My first impression of this change to theGearsformula was admittedly ho-hum.

When my characters first boarded the Skiff, the game served a brief tutorial, then showed me two possible destinations in the distance. One was clearly marked on my map as a campaign mission, and the other wasn’t. I could ride around on open, vast plains, then dock freely and hop off to run and shoot, but there wasn’t any payoff to being on foot anywhere besides the clear landmarks. So I rode to both, and each served a standard-issueGearscombat arena. Are they just padding out the time spent between missions with this open-world traversal thing?

In the course of riding the Skiff and exploring a mix of primary and optional missions, however, something clicked. For one, the Skiff is a blast to whip around on. I love the wind-swept quality of the game’s particle effects and the gentle drifting of its archaic body while speeding across the game’s open plains. Also, the amount of time riding on that pleasant Skiff between objectives fits neatly into the accordion-squeeze pause of combat that co-op players might seek.

Perhaps more important is how the game’s combat arenas don’t have to be as logically chained together as in previous, straight- line entries. After so manyGearsgames, shooting through an endless city with a half-dozen conveniently placed battlegrounds can feel ridiculous and inorganic. But what if players can ride on a Skiff a great distance and encounter a mix of massive towers, tucked away plane wreckage, and underground dives into the plot’s seediest elements? We do still see a few traditional, longer missions, but there’s something about hopping off the Skiff (which is required for most combat encounters), squeezing through a narrow passageway, and having new tension come from a combat arena looking nothing like earlier games— the kind that either winds around in a circle back to your Skiff, or leads to a crazy dead-end that then auto-warps you back to your bulky windcraft.

Great peaks, but a rough climb to the summit

I quote this massive block of text because it’s all still true. While some of the between-Skiff missions are formulaic, there’sjustenough surprising design stuff going on to make me wonder what direction the next (Gears 5) mission is going to take. And the variety of enemy types — from the familiar Locust to the newer Swarm to a refined take on the last game’s boring robo-soldier baddies — fits neatly into a new emphasis on larger, more spread-out battle arenas.

ButGears 5isn’t a marvelously orchestrated procession of battles . This became abundantly clear when I finally played the opening chapter, which The Coalition hid from the press during August’s preview event. Honestly, I can see why. This chapter is a total snoozer in terms of combat, plot, and stakes. Players are dropped into a standard-issue military mission to recover lost technology. They must follow the happy-go-lucky version ofGears 4‘s main character, JD Fenix, who follows orders and reeks of Generic Tinder Guy in terms of his vacant personality. (Lemme guess: he loves hiking and Quentin Tarantino films, too.)

As each straight-line mission leads players into a familiar slate of rush-ahead, no-flanking battles, we are fed a groaner of an obvious twist: Del argues with a new squadmate (Fahz) about senseless murder of civilians during an event that happened in the distant past, which the newbie defends in nearly comic-villain fashion. The topic keeps coming up for no organic reason. Eventually, we learn that JD authorized this civilian slaughter, a fact that Fahz drops into casual conversation as an utter non-sequitur to inventsomesort of plot tension. The two-hour mission’s only real purpose, it seems, is to slow the game down enough that we stare at a magnificent, pastoral military town before it’s irrevocably changed by monsters.

Which is a shame, because the second and third chapters are so much more graceful about making us care about the characters between the combat (not to mention spicing up the game’s aesthetic and geometry via new ice and sand worlds). Chapter 2 begins abruptly and drops anotherGears 4character, Kait, as its lead, yet the chapter hits the ground running in terms of setting up her own dramatic tension and difficult choices. Why The Coalition didn’t open the game with this mission — which itself takes an hour to get us to the satisfying Skiff portions — is beyond me. (This chapter, by the way, fast forwards the timeline enough to reveal a newly grizzled and distant JD, a move that neatly fits into the Kait-centric plot.)

But the opening chapter isn’t just a momentum killer; it’s also a been-there-crouched-behind-that reminder thatGears 5‘s best bits are subtle. You have to march through nearly three hours of series’ cliches to get to the elegantly updated stuff, and I don’t blame anybody bored byGearsto sit this out as a result .

Thankfully, the spread of primary and optional missions from Chapter Two onward are solid. Meanwhile, the final, fourth chapter recalls some ofGears 2‘s most epic fights in a fresh way — mostly thanks to a massive, spiraling chain of battle arenas and some epic bosses. These more than make up for the linearity of the chapter (not to mention the bait-and-switch on plot resolution in an emotional-but-unsatisfying ending). 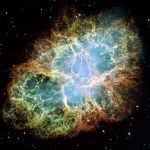 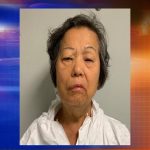