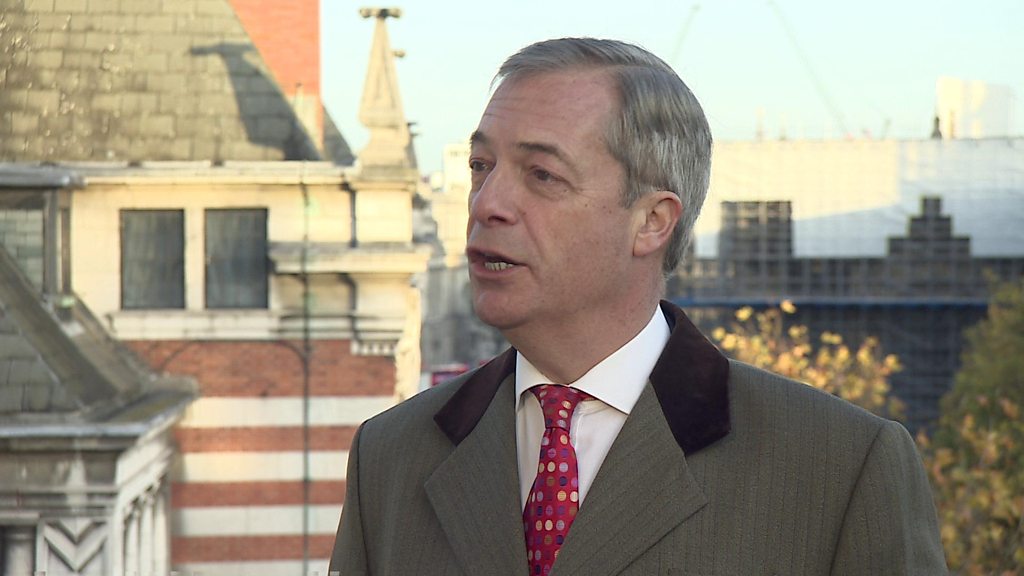 Nigel Farage has insisted he will stand candidates in Labor-held marginal seats, despite coming under pressure from the Conservatives to step aside.

The Brexit Party leader announced on Monday that his candidates would not run in seats won by the Tories at the 2017 general election.

But he told ITV his candidates would contest Labor seats as they had “turned [their] back on Brexit”.

Tory Chairman James Cleverly warned the plan posed a “danger” to his party.

Mr Farage told the BBC that nomination papers for all his MPs will be submitted by 17: 00 GMT, so after that, “the argument will be finished”.

The Brexit Party had been due to hold a rally in central London later, but a spokesman said they had cancelled it as “we have already said what we needed to say “.

The Brexit Party had planned to run candidates in more than 600 seats after Prime Minister Boris Johnson rejected an offer from its leader for a “Leave alliance” to deliver Brexit.

But facing pressure from his own party – as well as the Conservatives – not to divide Brexit-backing voters, Mr Farage confirmed his candidates would not stand in the 317 seats won by the Tories at the last election.

He told ITV’s Good Morning Britain: “I made a big, generous offer to the Conservative Party yesterday [Monday]. I gifted them a couple of dozen seats. “

Mr Farage later criticized the Tories for not reciprocating his move by standing aside in some Labor areas where the Brexit Party could challenge the incumbent.

He told the BBC: “I would have expected, having put country before party, to perhaps have got something back from the Conservatives.

“But no, nothing is good enough for them.”

He added: ” It is clear to me it is not a Leave majority they want in Parliament, it is just a Tory one. “

The Brexit Party leader said the seats where the party was standing down were in areas that the Conservatives were facing “huge pressure” from the Liberal Democrats.

By giving the Tories a clear run, Mr Farage said his actions would stop more Remain MPs getting into Parliament and prevent a further referendum on Brexit from becoming a reality.

But in Labor-held seats in the north of England and the Midlands – which the Tories are targeting – it was “a very different set of circumstances”.

Mr Farage said his party wou ld “take more Labor votes” than Conservative ones and would have a chance of winning in traditional Labor areas that would not usually vote Tory.

He also said by winning those seats, the Brexit Party would ensure Parliament had a majority of MPs in favor of leaving the EU.

“I have given more ground than anyone you have ever spoken to in the interest of putting country before party,” Mr Farage told GMB.

“I have given that ground now and I am clear we will fight against Labor and the Remainers in Parliament.”

Farage is digging in – but it’s risky

No sooner had Nigel Farage announced his decision to withdraw candidates from Conservative-held seats did pressure begin building on him to go further .

Standing against the Conservatives in Leave-voting constituencies could split the Brexiteer vote and stop the Tories taking seats from Labor.

Many of Boris Johnson’s top targets are Labor-held areas in the Midlands and north of England, where a few hundred votes could determine the result.

It is highly unlikely that the Conservatives will stand aside in some of those constituencies as Mr Farage would like, so for now at least, he is digging in .

But it is risky for the man who claims to put the higher purpose of Brexit above his own political ambition to be seen as the person standing in the way of the UK leaving the EU.

He would dispute that, of course. But Nigel Farage has gone from saying Boris Johnson’s deal was “not Brexit” to backing it in a matter of days and he may not have made his final move.

The Brexit Party leader said “the argument will be settled” when his candidates lodge their papers at 17: 00 on Tuesday. We’ll see.

Mr Cleverly told BBC Politics Live on Monday that Mr Farage’s Party could split the vote in the Conservative target seats, leading to the election of MPs who could “frustrate” Brexit.

A former Brexit Party candidate has attacked his leader for the strategy.

Robert Wheal was due to stand as a candidate in the Arundel and South Downs constituency, but has been stood down as part of the move.

He tweeted Mr Farage was “finished as a politician”, adding: “It’s putting Nigel before the country. He will go down in infamy, letting down so many good people with whom he sought their trust.

“All that Farage has exposed is his duplicity to so many supporters who had put their faith in him . “

Mr Wheal said Leave supporters could” kiss goodbye “to Brexit, and said he would spoil his ballot paper in the December poll.

Brexit Party MEP Alexandra Phillips also criticized Mr Farage’s decision, tweeting she had been “disenfranchised by my own party” and will not vote in the election.

But in another tweet, Ms Phillips urged everyone who could to support the Brexit Party.

“We have done what is politically necessary albeit totally galling to stave off the greatest electoral threat to Brexit: a Remain coalition,” she wrote.

“Those who want full fat freedom and who can vote Brexit Party must do it to beat the duopoly.”

The Brexit Party’s decision to stand aside in constituencies the Conservatives won in 2017 should make it easier for them to hold on to those seats.

In marginals like St Ives and Mansfield, it ought to help them keep a bigger share of the pro-Leave vote.

However, to win a majority in the House of Commons the Conservatives need to win more seats – not just hold on to what they have.

And in those places the presence of a Brexit Party candidate may get in the Conservatives’ way.

The best estimates suggest that 29 of the Conservatives top 50 targets, and 59 of the top 100, are in Labor-held seats that voted Leave in the referendum.

If the strategy is to target Leave voters in those pla ces, it would probably better to have a clear run – without the Brexit Party.

Over the next five weeks , we want to help you understand the issues behind the headlines.

Keep up to date with the big questions in our newsletter, Outside The Box. 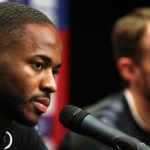 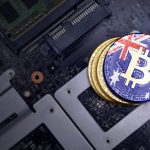