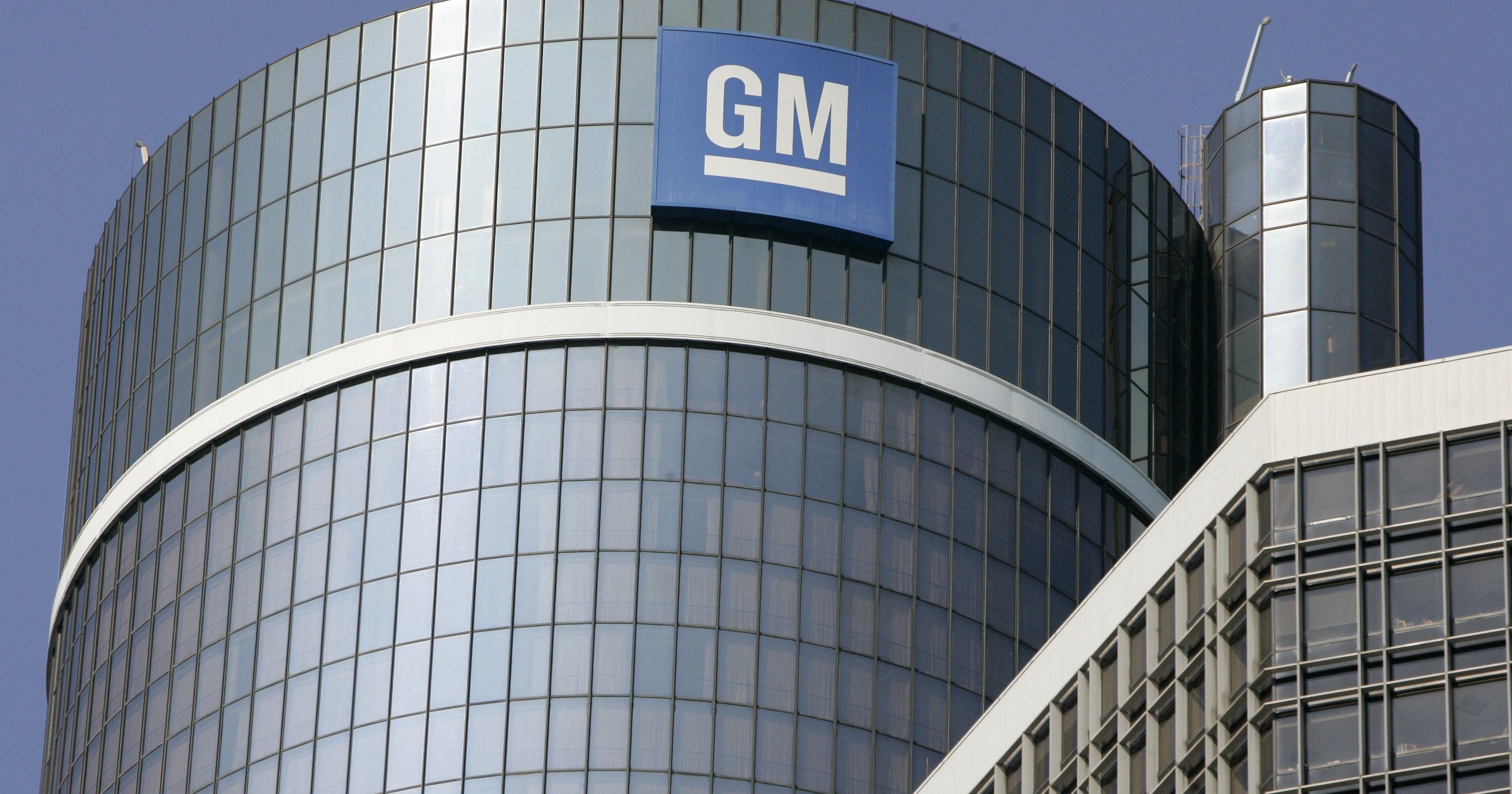 Open warfare broke out between two Detroit automakers Wednesday, with General Motors suing Fiat Chrysler Automobiles, alleging that it cost GM billions of dollars by corrupting labor talks over the past decade.

GM also alleged that former FCA boss Sergio Marchionne conspired with the UAW to “effectively take over GM through a merger.”

GM’s lawsuit, filed under federal racketeering laws, said FCA was “the clear sponsor of pervasive wrongdoing, paying millions of dollars in bribes to obtain benefits, concessions and advantages in the negotiation, implementation and administration of labor agreements over time. ” That gave FCA an unfair edge in labor expenses, it said.

Those claims are tied to an ongoing federal corruption investigation that has led to 13 criminal charges and 11 guilty pleas among former FCA executives and UAW leaders, one of whom held a GM board seat. The probe has spread from misspending of money from a UAW-FCA training center to the highest reaches of the union, with both current President Gary Jones and his predecessor Dennis Williams implicated. Jones has taken leave from the union amid contract negotiations with Detroit automakers.

The stunning development comes as FCA this week began final negotiations with the UAW on a new contract. The union this month settled quickly with Ford after a bitter 40 – day strike against GM in September and October. At the same time, FCA is pushing toward amerger with French-based PSA Groupe, the maker of Peugeot and other brands, that would create the world’s fourth-largest auto company.

“We are astonished by this filing, both its content and its timing,” it said in a statement. “We can only assume this was intended to disrupt our proposed merger with PSA as well as our negotiations with the UAW. We intend to vigorously defend against this meritless lawsuit and pursue all legal remedies in response to it.”

In a riveting passage of the lawsuit, GM alleges that FCA conspired with UAW leaders to try to take over GM by merger. It said that after Marchionne’s attempt to merge with GM failed in 2005, Marchionne saw another chance after Fiat acquired Chrysler out of bankruptcy in 2009 and merged into FCA in 2014.

“After taking full control of Chrysler , and having secured control of the FCA-Control Enterprise and the UAW’s full cooperation, Marchionne set his sights on forcing a merger with GM, ”the lawsuit reads.

The suit alleges that former UAW President Williams, a “longtime friend” of Marchionne, conspired with Marchionne.

“With Marchionne as the lead, FCA schemed that it could effectively take over GM through a merger (code-named ‘Operation Cylinder’), have Marchionne remain CEO of the combined compa nies, and oversee the largest auto company in the world. In part for this very reason, Marchionne, on FCA Group’s behalf, had authorized the bribery of UAW leaders, whose support was essential to the success of Operation Cylinder given that, among other reasons, the UAW could effectively block a merger under certain terms in the collective bargaining agreement. ”

“We have alleged in the complaint that Mr. Marchionne is responsible for conceiving, executing and sponsoring the alleged wrongdoing, “said Craig Glidden, GM’s executive vice president and general counsel.“ We have no present intent to pursue the UAW. Our focus is on FCA. We believe the responsibility firmly rests on the orchestrater of the wrongdoing… and we plan to hold FCA responsible. ”

The FBI alleged that Iacobelli and the late UAW Vice President General Holiefield plotted to keep senior union members“fat, dumb and happy.”While contracts were being negotiated, prosecutors alleged, FCA officials were secretly siphoning money from the company and giving it to senior union officials as an investment in ” relationship building. “

The top negotiators did this, prosecutors said, by secretly funneling FCA money through a UAW training center and a fake children’s charity, ultimately spending it on themselves.

GM’s lawsuit alleges that during contract negotiations in 2011 and 2015, FCA corruption undermined the integrity of collective bargaining with the UAW. It alleges that FCA interfered with implementation of contracts as soon as 2009.

Glidden said FCA hired more temporary workers and “in-progression” workers, both at lower entry level wages, than GM did and “it did so with the knowledge that guidelines we believed would be in place were not in place. “

GM is not indicating a specific dollar amount yet that it seeks from FCA, Glidden said.

“We are seeking substantial damages. We cannot comment further on the amount or measure the amount of damages until discovery, “said Glidden. “We will not put a number on it today. We do believe that the damages we will be able to establish will be substantial due to the length of time.”

GM said it would invest any damages it collects in the lawsuit in the United States and use it to create jobs here.

Not focused on UAW

The lawsuit is based on RICO and the Taft-Hartley Act. RICO stands for racketeering influenced and corrupt organizations. It’s a federal law designed to fight organized crime by granting private plaintiffs an ability to sue for damages suffered as a result of a criminal enterprise.

Taft-Hartley Act prohibits employers from engaging in bribery, graft, conflict -of-interest payments, and other prohibited transactions with union officials. The act is to ensure union officials are working on behalf of the members.

“This lawsuit is intended to hold FCA accountabl e for the harm its actions have caused our company and to ensure a level playing field going forward, “said Glidden.

Glidden said GM’s focus in the lawsuit is on FCA and the former executives.

“We are supportive of the reform efforts the UAW has announced, “said Glidden. “Second, nothing about this lawsuit has anything to do with the recent work stoppage at GM and it will not change” the 2019 contract agreement GM’s 46, 000 UAW workers ratified on Oct. 25.

The UAW said it didn’t believe the corruption influenced contracts with FCA.

“Mr. Iacobelli worked for both FCA and General Motors, and he is currently in prison for his crimes, which include the misuse of Joint Program funds, “UAW Spokesman Brian Rothenberg said in a statement. “As to the collective bargaining agreements negotiated with FCA while Iacobelli was an FCA manager, we are confident that the terms of those contracts were not affected by Iacobelli’s misconduct, nor that of any UAW officials involved in the misuse of Joint Program funds at FCA. Those contracts, which were ultimately ratified by our membership, were negotiated with the involvement of both local and international representatives, and the process had multiple layers of checks and balances to ensure their integrity.

“That said, the fact that these issues can cause doubt about the contracts is regrettable. The UAW leadership is absolutely committed to making whatever changes are necessary to ensure on our end the misconduct that has been uncovered will never happen again. ”

GM has been caught up in the widespread scandal. A former UAW vice president and one-time GM board member appears set to plead guilty to charges connected to the federal corruption probe.

In addition, Iacobelli went to work for GM to negotiate with Canada’s autoworker union after he retired suddenly from FCA on the eve of 2015 negotiations. A person well-placed in Detroit labor circles told the Free Press on Wednesday that the UAW had warned GM about Iacobelli before he was hired there.

GM suspended him in the summer of 2017 when he was charged and fired him late that year. Ashton left the GM board at about the same time Iacobelli was dismissed.

(More:UAW to sell ex-president’s lavish Up North cabin as part of ethics cleanup

“The events surrounding Mr. Ashton have nothing to do with what’s alleged in this complaint, “said Glidden.” Ashton’s conduct, GM did not have knowledge of his conduct and GM will address the allegation in time. ”

GM said the timing of the lawsuit is not related to the UAW entering the final phase of its contract talks with FCA, which started this week. Also, it is not intended to derail FCA’s planned merger with French-based Groupe PSA. GM relied on the federal government’s investigation in bringing the RICO lawsuit. Glidden said he has not discussed the matter with Ford Motor Co.

“The acts that the federal government has brought out through guilty pleas reveal that there were covert acts, ”said Glidden. “We followed that and we’ve done our own due diligence and we think now is the time to bring it forward and recover damages.” 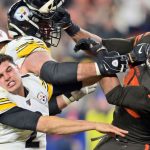