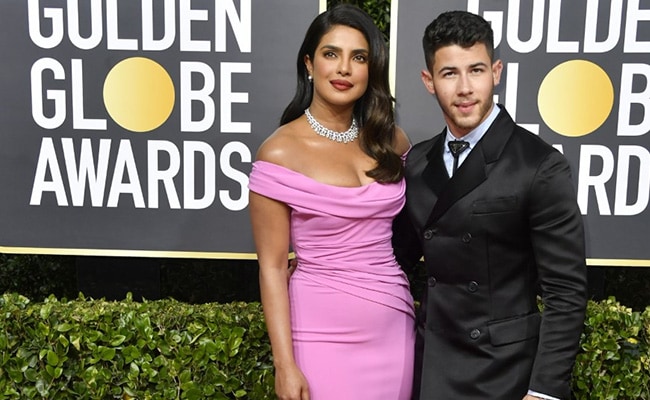 Priyanka chose a pink ensemble for the evening

Priyanka accessorized with a diamond neckpiece by Bvlgari

New Delhi: Hello,there is Priyanka Chopra and Nick Jonas! The couple made a stylish entry to the 77 th edition of the Golden Globe Awards at the Beverly Hilton hotel in California on Sunday evening (Monday morning in India) and we are speechless. The fiercely fashionable Priyanka Chopra opted for a bright pink dress with a cute train, customized in the studios of designer Cristina Ottaviano. Priyanka accessorized with a diamond neckpiece by Bvlgari and a pair of simple studs. Red carpet queen Priyanka wore her hair in soft retro waves and that’s it – simplicity is the key! And oh, we just want to say this that nobody does a red lip like Priyanka Chopra! Both Priyanka and Nick are presenters for the night. Actor-comedian Ricky Gervais is the host for the Golden Globes tonight.

Here are Priyanka Chopra and Nick Jonas, right out of a fairytale:

Earlier on Saturday (Sunday in India), Priyanka Chopra and Nick Jonas were also present at the Vanity Fair pre-Golden Globes party. The couple were color coordinated in black – she in an Elie Saab ensemble. 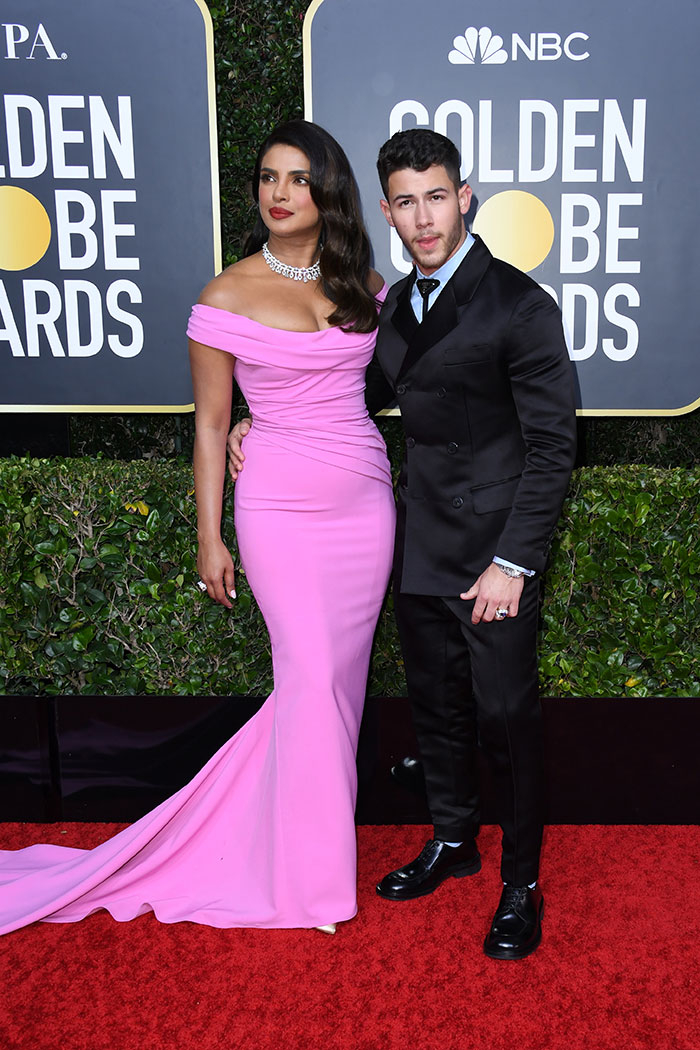