Brits have got more money in their pockets as new figures show inflation slowed more than expected in August.

New figures released by the Office of National Statistics (ONS) on Wednesday show that prices rose by 1.7% in August. That was below economists’ forecast of 1.9% and represents a big slowdown from July’s inflation figure of 2.1%.

The lower-than-forecast price rises come at a time when UK workers are enjoying their fastest pay rises in more than a decade, meaning more money in their pockets.

The ONS said the falling inflation rate was down to cheaper toys, games, clothing, and sea fares. Air fares rose in the month, but not enough to counter the falling prices elsewhere.

“The inflation rate has fallen noticeably in August, to its lowest rate since late 2016, ”Mike Hardie, head of inflation at the ONS, said. “This was driven mainly by a decrease in computer game prices, plus clothing prices rising by less than last year after the end of the summer sales.

“Annual growth in house prices slowed to its lowest rate since September 2012, with four of the nine English regions now seeing prices falling over the year. ”

The greater-than-expected slowdown comes despite the collapse in the value of the pound in August, which should make imports more expensive. Sterling dropped from $ 1. 24 to below $ 1. 21 when Boris Johnson became prime minister.

The inflation slowdown is also good news for the Bank of England, which targets price rises of 2

T he central bank will deliver its latest interest rate decision on Thursday. The pound fell against both the euro and the dollar after the ONS data, as traders bet that the weak inflation rate makes the Bank of England unlikely to raise interest rates. 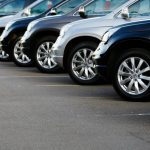