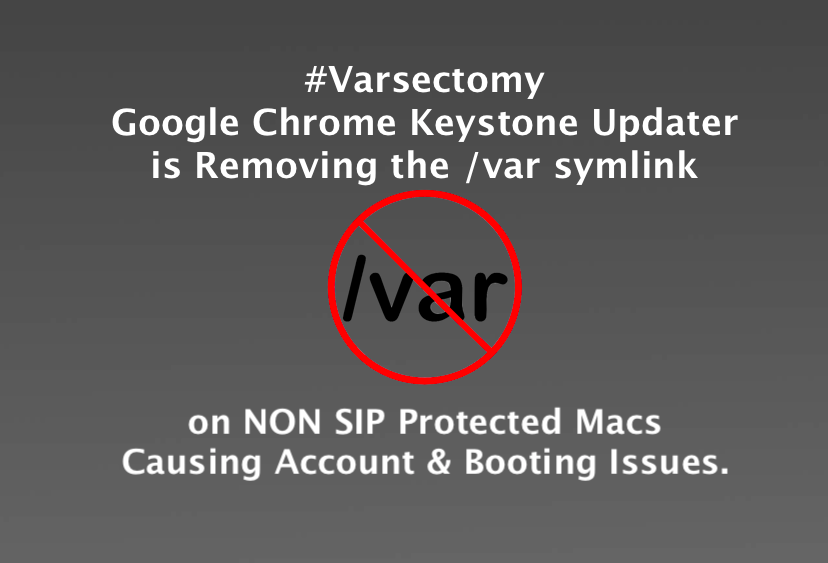 (UPDATE: 9 /) / 5: 00 CST – This article will be continuously updated until a solution is found and is a work in progress.

1. What is the Issue?– #Varsectomy

Late Yesterday #MacAdmins started to report that some of their systems would not boot. They would have the following issue.

Join the #Varsectomy channel in MacAdmins Chat for the latest findings!

2.Which macOS Versions are affected?

At first it was first reported that the 2013 Mac Pro was affected, this is not true.

Check if SIP is enabled by runningcsrutil status

All Reports so far look to be from Macs that have SIP Disabled!

Please do not disable SIP, it was created to protect macOS from this very issue.

Looks like the issue isNOT AVID! Some AVID users may need to DISABLE SIP for 3rd party Video Card support.

After investigation from some of the top minds in theMacAmins Slack Chat#varsectomy channel it was found that the Google Keystone Updater was at the heart of the issue.

You can run the Google Chrome Keystone Updater Manually to see what happens.

After kicking off the update you can see the problem below.

Check to see if your / var symlink was modified by running the following command.

You should get one of the following outputs. The first one below means that your / var volder is SIP protected (notice therestrictedflag) and the proper sym link / var ->private / var

The next one means that your symlink is broken and the folder is NOT SIP Protected.

You will have to boot into recovery, repair the / var symlink and reset the restricted flags.

Then you have to remove the affectedLaunchAgents

This will help you find machines that are in a state where the / var sys link is broken. Thanks @neilmartin 83

Below are a few of the reports. It first started out as “AVID Hollywood Mac Pro boot problem“. 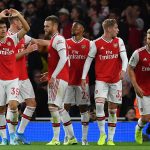