The Rekursiv processor is actually a 4 chip processor motherboard, not           a microprocessor, but is neat. It was created by a Scottish Hi-Fi manufacturing           company called Linn, to control their manufacturing system. The owner           (Ivor) was a believer in automation, and had automated the company as           much as possible withVaxes, but was not           satisfied, so hired software experts to design a new system, which they           called LINGO. It was completely object oriented, like Smalltalk (and           unlike C , which allows object concepts, but handles them in a conventional           way), but too slow on the VAXes, so Linn commissioned a processor designed           for the language.

Hobbit has an instruction prefetch buffer (3K in 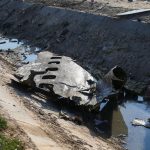