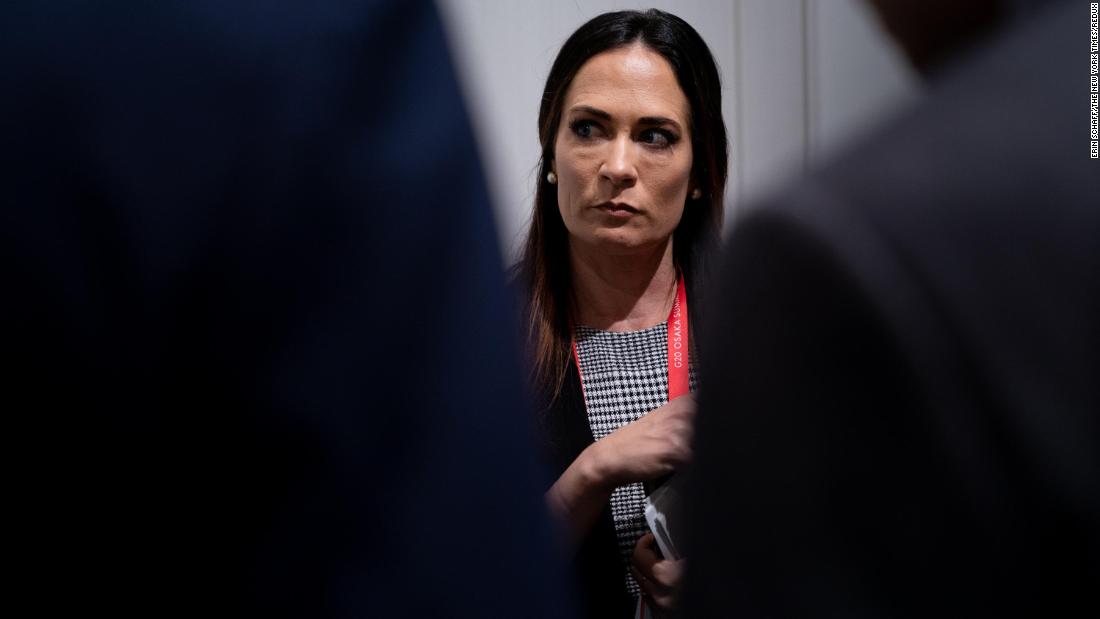 Meadows is currently considering several candidates for the press secretary job, including Trump campaign spokeswoman Kayleigh McEnany. The new chief of staff is also considering hiring Alyssa Farah, the current spokeswoman for the Defense Department, for a communications role, among others, two sources with knowledge of the situation told CNN.

Farah has held several roles in the Trump administration. After leaving her job as the spokeswoman for the House Freedom Caucus to become Vice President Mike Pence’s press secretary, she moved to the Pentagon last August. But this would be her first position in the West Wing. Farah has remained close with Meadows since her days at the Freedom Caucus.

Grisham, who still speaks with first lady Melania Trump on a daily basis, is returning to where she has spent the majority of her time in the administration, the East Wing. She is replacing Lindsay Reynolds, who resigned as the first lady’s chief of staff early this week to spend time with her family.

“I continue to be honored to serve both the President and first lady in the administration, “Grisham said in a statement. “My replacements will be announced in the coming days and I will stay in the West Wing to help with a smooth transition for as long as needed.”

“I am excited to welcome Stephanie back to the team in this new role,” she said. “She has been a mainstay and true leader in the administration from even before Day 1, and I know she will excel as chief of staff. I appreciate all that Lindsay Reynolds did over the past three years, and wish her well in her future endeavors . “

It became clear to aides that a shakeup in the communications team could be coming after the deputy communications director, Jessica Ditto, abruptly announced she was leaving her job last week. She had recently moved to a new desk, and the move surprised her colleagues.

In recent weeks, Grisham stopped regularly attending senior staff meetings and has not played a major role. as the administration has dealt with the coronavirus outbreak. After Vice President Mike Pence was tasked to lead the task force, his communications team took over as well.

Though Grisham initially told people she planned to revive the daily press briefing that previous press secretary Sarah Sanders abandoned by the end of her tenure, she never did, which she often said was at the President’s direction. She rarely strayed from interviews with Fox News Channel, which she did from the channel’s Washington bureau, denying reporters the chance to question her during walk-and-talk gaggles on the White House driveway.

Once a campaign aide, Grisham wrangled media as Trump canvassed the country ahead of the election. After Trump took office, she became the deputy press secretary in the West Wing during Sean Spicer’s tenure as press secretary before becoming Melania Trump’s communications director. She quickly formed the first lady’s forward-facing presence, and made a name for herself as a dogged, if caustic, defender. Dubbed “the enforcer” in a 2019 Washington Post profile , Grisham’s job was to thwart as much as possible the criticism levied at the first lady on topics that ranged from picking cyberbullying as part of her platform to Melania Trump’s need for privacy during a secretive kidney operation in April 2020.

When Sanders left the White House in June last year, Grisham kept the title of Melania Trump’s communications director and added two more: press secretary and communications director. But Grisham’s three-in-one role was less a juggling act and more a sign of how diminished the public-facing positions have become under a President who often serves as his own spokesman.

The role was also a new challenge for her. She was now in charge of several staffers, as opposed to the tight-knit first lady’s office.

Grisham recently self-quarantined at her home after she was one of several people, including the President, who came into contact with a Brazilian official who later tested positive for coronavirus. Grisham’s test was negative.

Grisham’s future in the West Wing also seemed unclear after Hope Hicks, one of the President’s closest confidantes, returned to the White House, to work underneath senior White House adviser and Trump son-in-law Jared Kushner. Not only was she one of his closest advisers, Trump often relies on Hicks for helping broadcast his message because he views her as communications savvy.

Hicks and Kushner had a key role in planning Trump’s Oval Office address about coronavirus. Grisham, according to a White House official, was not involved in devising messaging for the address, nor was she in the Oval Office with Kushner and adviser Ivanka Trump during the live broadcast.

Meadows has hired a top aide from his Capitol Hill office and a former congressman, in addition to poaching a staffer from the White House legislative affairs office.

Though press briefings in the Trump administration were once must-see television that garnered high ratings, the press secretary has not taken questions from reporters in the briefing room since in more than a year. It is the longest an administration has gone without an on-camera briefing since they were first aired during President Bill Clinton’s administration. Trump has recently turned the abandoned room into his new stage from which to broadcast his message during the coronavirus pandemic.

Every chief of staff in the Trump White House has hoped to turn the communications office into a more impressive conglomeration. The communications team, which under Grisham includes about 35 People, has long drawn the ire of dozens of senior staffers, including Trump himself at times, who have blamed them for failing to blunt PR missteps and allowing them to turn into full-blown disasters. Aides in those roles have at times struggled with pushing a message for a capricious President who has an iPhone equipped with Twitter with him at all times.

Trump recently hinted he was displeased with his White House’s communication effort recently while discussing how his administration has done in managing the coronavirus.

This story has been updated with a statement from the first lady’s office. 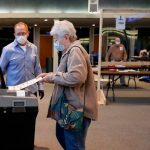