The premiers of Ontario, Saskatchewan and New Brunswick have committed to collaborate on developing nuclear reactor technology in Canada.

The premiers of Ontario, Saskatchewan and New Brunswick have committed to collaborate on developing nuclear reactor technology in Canada.

Doug Ford, Scott Moe and Blaine Higgs made the announcement and signed a memorandum of understanding on Sunday in advance of a meeting of all the premiers.

They will be working on the research, development and building of small modular reactors as a way to help their individual provinces reduce carbon emissions and move away from non-renewable energy sources like coal.

Small modular reactors are easy to construct, are safer than large reactors and are regarded as cleaner energy than coal, the premiers say. They can be small enough to fit in a school gym.

SMRs are actually not very close to entering operation in Canada. Natural Resources Canada released an“SMR roadmap”last year, with a series of recommendations about regulation readiness and waste management for SMRs.

In Canada, about a dozen companies are currently in pre-licensing with the Canadian Nuclear Safety Commission, which is reviewing their designs.

“Canadians working together, like we are here today, from coast to coast, can play an even larger role in addressing climate change in Canada and around the world, “Moe said.

Canada’s Paris targets are to lower total emissions 30 per cent below 2005 levels by 2030. Moe says the reactors would help Saskatchewan reach a 70 per cent reduction by that year.

The provinces’ three energy ministries will meet in the new year to discuss how to move forward and by the fall a fully-fledged strategy for the reactors is expected to be ready.

However, don’t expect to see them popping up in a nearby field anytime soon. It’s estimated it will take five to 10 years before they’re built.

The provincial leaders said it could be an opportunity for economic growth, estimating the Canadian market for this energy at $ 10 billion and the global market at $ 150 billion.

Ford called it an “opportunity for Canada to be a true leader.” At a time when Ottawa and the provinces are at odds, Higgs said it’s the perfect time to show unity.

“It’s showing how provinces come together on issues of the future.”

No other premiers have signed on to the deal at this point, but Ford said all are welcome and “the more, the merrier.”

But developing new energy technologies is a daunting task. Higgs admitted the project will need national support of some kind, though he didn’t specify what. The agreement signed by the premiers is also not binding.

About 8.6 per cent of Canada’s electricity comes from coal-fired generation. In New Brunswick that figure is much higher – 15. 8 per cent – and New Brunswick Premier Blaine Higgs has said he worries about his province’s energy producers being hit by the federal carbon tax.

Ontario has no coal-fired power plants. In Saskatchewan, burning coal generates 46. 6 per cent of the province’s electricity.

How would it work?

The federal governmentdescribessmall modular reactors (SMRs) as the “next wave of innovation” in nuclear energy technology and an “important technology opportunity for Canada.”

Traditional nuclear reactors used in Canada typically generate about 800 megawatts of electricity, or enough to power about 600, 000 homes at once (assuming that 1 megawatt can power about 750 homes) .

The International Atomic Energy Agency (IAEA), the UN organization for nuclear co-operation, considers a nuclear reactor to be “small” if it generates under 300 megawatts.

Designs for small reactors ranging from just 3 megawatts to 300 megawatts have been submitted to Canada’s nuclear regulator, the Canadian Nuclear Safety Commission, for review as part of a pre-licensing process.

Such reactors are considered “modular” because they’re designed to work either independently or as modules in a bigger complex (as is already the case with traditional, larger reactors at most Canadian nuclear power plants). A power plant could be expanded incrementally by adding additional modules.

Modules are generally designed to be small enough to make in a factory and be transported easily – for example, via a standard shipping container.

In Canada, there are three main areas where SMRs could be used: 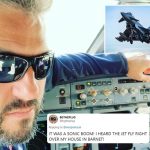