A gunman who opened fire at a busy petrol station shot a man twice in front of horrified shoppers.

It is believed that the passenger of a motorbikefired around three shots,hitting a man twicein the shoulder and leg, before two bikes were seenriding awayin the direction ofPrenton Park.

The victim was rushed to hospital as armed police and other offic ers cordoned off the area, closing multiple roads around the garage.

A spokesperson forMerseyside Policesaid: “We are appealing for witnesses after a man wasshot and injuredin Birkenhead this afternoon, Tuesday (November.)

“At 4. 10 pm, emergency services were called to the junction of Balls Road East and Borough Road to reports of shots being fired.

“It is initially believed that the passenger of a motorbike fired shots, before two motorbikes were ridden off towards Prenton Park.

“Casings have been found at Shell Garage.”

A short time later, a man was admitted to hospital with non life-threatening shoulder and leg injuries.

An investigation into the full circumstances of the incident was launched but Merseyside Police said at this stage it is believed to have been a targeted attack.

Witnesses said the shooter, and another motorbike rider, were wearing all black before jumping onto a motorbike that was parked at a nearby bus stop.

The woman added: “I was by the library and heard two shots but thought it was fireworks.

“Then I seen two lads wearing all black and combats. They jumped on the bike by the bus stop, where the library is, and quickly ride off from the garage.”

A number of other people in the area mentioned how careless and dangerous the shooting was.

One person added: “Somewhere as busy as a petrol station on a Tuesday afternoon, it’s disgusting how little they care about people just going about their daily business.

“If they’d hit a petrol tank god knows what could have happened. ”

You can read more of her storieshere

Email her on jenny .kirkham @ reachplc.com

Or contactJenny on Facebookif you want to share any news, stories or updates.

Keep up to date with the latest breaking newshere

A resident on Bratan Road, opposite the garage, said they didn’t hear the shots being fired but came out of their home when police began to arrive at the

He said: “The garage and whole main road was covered in police, I thought maybe there had been a crash.

“They were asking people to stay in their cars and not leave the garage.

“ I asked a policeman what had happened but he just said there had been an incident.

“Some people were saying it was an attempted robbery so I couldn’t believe it when I heard a man had been shot.

“There was loads of people about, it’s a really busy road, could have been me or someone just running into the garage could’ve been hit.”

A road closure is in place at Balls Road and Borough Road and road users are advised to avoid the area as it is likely to remain in place over night.

Chief InspectorKevin Chatterton said: “It is vital that we gather information about this incident as soon as possible.

“For shots to be fired on a main road during the afternoon is breathtakingly reckless and we’re determined to find those responsible and remove them and their weapon from the streets.

“Did you see the shots fired, bikes ridden at speed away from the location, or have captured anything on CCTV, dashcam or other devices?

” We understand the concern that such incidents ha ve within our communities, especially in the light of other recent shootings in Merseyside.

“Across the force, our officers are working tirelessly to keep communities safe and remove weapons from those who choose to store, carry and use them.

“This work will not stop.

“Only today, local policing officers seized drugs and weapons including a firearm following a day of action. Information from those communities affected by violent crime really does make a difference.

“If you keep telling us what you know, we’ll see positive results.

“Stand together alongside us, and we’ll all see how strong communities can be when they come together.”

Anyone with information is asked to contact @MerPolCC or 101 with reference # 634 of today. You can also pass information anonymously to Crimestoppers on 0800 555 111. 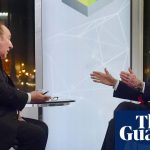 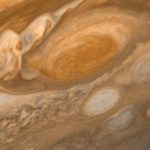